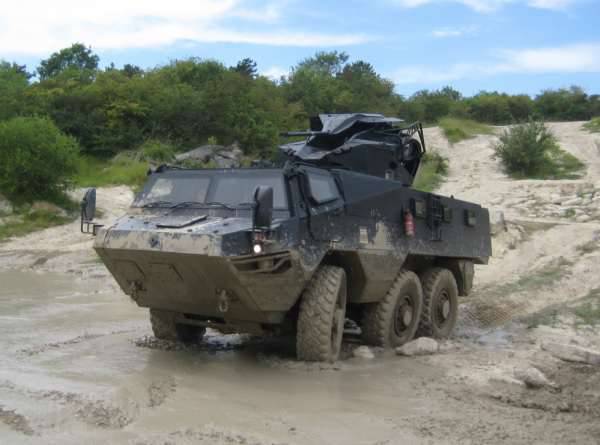 One of the prototypes of the Renault Trucks Defense VAB Mk 3 armored personnel carrier in the variant with the combat module BAE Systems Land Systems South Africa TRT-30 with the Russian 30-mm automatic gun 2А42 and the paired 7,62-mm PKT machine gun

"Jane's Defense Weekly" recalls that "in November 2014, an intergovernmental agreement was signed between France and Saudi Arabia on the allocation of the last 3 billion dollars as military-technical assistance to the armed forces of Lebanon, with the order of the corresponding weapons and property mainly in France" .

In addition, Saudi Arabia has promised to allocate an additional one billion to equip the security forces of Lebanon.