February 9 2016
54
Following Saudi Arabia, the possible involvement of their troops in a land operation in Syria was announced in the UAE. Such an operation is possible as part of coalition forces led by the United States. Earlier it was reported that Saudi Arabia could send several thousand of its military to Syria to fight the "Islamic state" in coordination with Turkey. Americans are very happy with such statements: according to the head of the Pentagon, Saudi Arabia’s readiness for a ground operation is “very favorable” news. 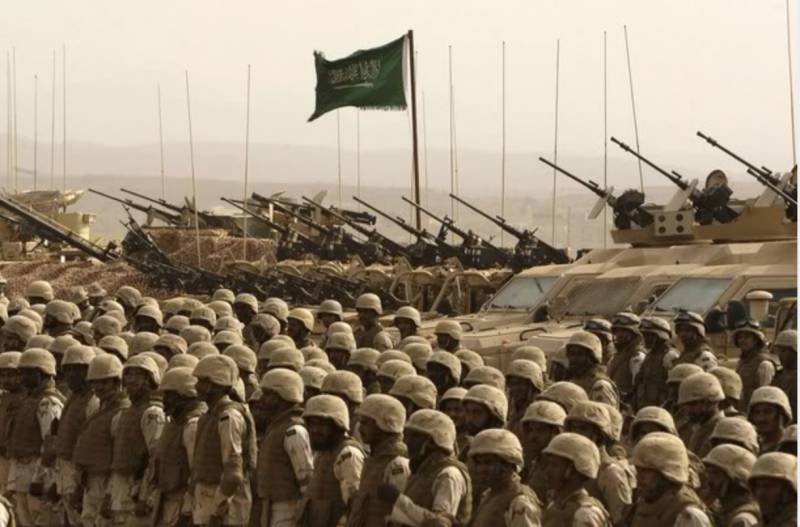 7 February The foreign minister of the United Arab Emirates, Anwar Gargash, announced that the kingdom had announced its readiness to send troops to Syria to participate in a ground operation against the Islamic State. Reports about it "Lenta.ru" with reference to Reuters.

Gargash called the condition for the participation of the UAE in the campaign: its conduct under the auspices of the United States.

He also explained the reason for the alleged participation of the state in the land operation: "We are disappointed with the slow pace of opposition Daesh."

Earlier, Saudi Arabia and Bahrain declared their intention to send their troops to the Syrian Arab Republic, Lenta reminds.

The Syrian authorities have given a verbal response to potential aggressors.

“I’m sorry to say this, but they (the foreign military. - Note“ Ribbons ”) will return home in wooden coffins,” said SAR Foreign Minister Walid Moallem on 6 in February.

Earlier it became aware of some of the details of possible participation in the campaign of Saudi Arabia.

As reported TASS from February 5, Riyadh may send several thousand soldiers to Syria to fight the "IG". This was written by the British newspaper «The Guardian».

"Saudi sources said" The Guardian "that thousands of fighters of special units may be deployed (in Syria), possibly in coordination with Turkey," said the British edition.

“Both countries are in favor of withdrawing (from the political arena) Syrian President Bashar Assad and express serious doubts about the prospects for a political settlement of the crisis without additional military pressure on Damascus, the TASS newspaper quotes. “A few weeks ago, Saudi Arabia and Turkey created a military coordination committee.”

On Thursday last week, General Ahmed Asiri, a spokesman for the Arab coalition to assist the government of Yemen, stated that Riyadh is “ready for a ground operation as part of an international coalition in Syria led by the United States.”

In Washington, this statement was met with visible pleasure.

Carter noted that the activation of the allies in the region will allow Washington to more vigorously fight against militants "IG", the newspaper notes "Sight".

The head of the Pentagon also announced that he would discuss the proposal of Saudi Arabia with representatives of the kingdom in Brussels.

However, further Mr. Carter remarked that at present the United States "focuses on political transformation in Libya."

And he did not say a word about whether the Americans themselves are supposed to participate in a land operation or at least “coordinate” it.

Probably, the Pentagon is not going to participate in the ground operation. First, Obama, who has remained on the throne of 11 for months, will not start up any major military games in Syria, especially overland operations. Such plans, if they appear in the United States, can only be realized by his change in the White House, whose rule will inevitably begin under the slogans “Everything is not the same as Obama’s.”

Secondly, the statements of the monarchies of the Gulf need at least some practical actions. Oriental leaders love to make lush statements. But whether there will be actions behind them is a big question. After all, the United Arab Emirates’s references to the “aegis of the USA” are not accidental.

Thirdly, the meaning of the approval of the Saudis and their regional allies is obvious: Washington will approve everything related to the overthrow of Assad. Against the background of the apparent failure of the inter-Syrian negotiations (after which the Saudis thought about the “ground operation”), it finally became clear that there would be no compromise on Syria between the conflicting parties and there will not be.

The White House would have preferred to plow the heat with other people's hands: let the soldiers of the United Arab Emirates, Bahrain and Saudi Arabia fight as best they can with the army of Assad. And most importantly - the Turks, who have long been interested in the "departure" of the Syrian president. One problem - the Russians in the region. That is why the Pentagon is not in a hurry to consolidate with the Saudis and other Arabs who allegedly want to defeat the IG. In the event of a collision (albeit unintentionally) of Arabs or Turks with the forces of the Russian Federation helping Assad, the United States is washing its hands. And at the same time they triumph: the Russians landed in a trap.

In the end, Syrian expansion will rest in Turkey. If Ankara wants to participate in the ground operation, then the union of the "land" enemies of Assad will be quite real.

Judging by the last belligerent speech of R. T. Erdogan, who got into the Russian press on the evening of February 7, Ankara is clearly going to do something.

The Turkish President said that Ankara in Syria should not allow a repetition of the situation during the invasion of the international coalition forces in Iraq in 2003, reports RIA News" with reference to Bloomberg.

“We don’t want to make the same mistake in Syria as in Iraq,” Erdogan said. The President recalled that Turkey refused to deploy US troops on its territory in 2003 and did not join the international coalition that later overthrew Saddam Hussein.

“It is important to see the horizon. What is happening in Syria cannot last for long. At a certain point, the situation should change, ”the Turkish president said. He also said that Ankara is ready for any developments in Syria.

In essence, Erdogan made it clear that his state would support the invasion.

We will remind, earlier the representative of the Ministry of Defense of Russia Igor Konashenkov сообщилthat what is happening on the Turkish-Syrian border shows that Turkey is preparing for a military invasion of Syria.

Observed and commented on Oleg Chuvakin
- especially for topwar.ru
Ctrl Enter
Noticed oshЫbku Highlight text and press. Ctrl + Enter
We are
Is the prince in Yemen dead or dying of a heart attack? How the Emirates got involved in the war"Non-Arab Emirates": migrants in the Gulf countries
54 comments
Information
Dear reader, to leave comments on the publication, you must to register.