South Korean intelligence: the DPRK rocket that brought the satellite to orbit was built with the help of Russia

February 8 2016
105
The necessary components for the long-range missile launched yesterday from the territory of the DPRK were supplied by Russia, reports TASS statement by the head of the National Intelligence of South Korea, Lee Byeon-ho. 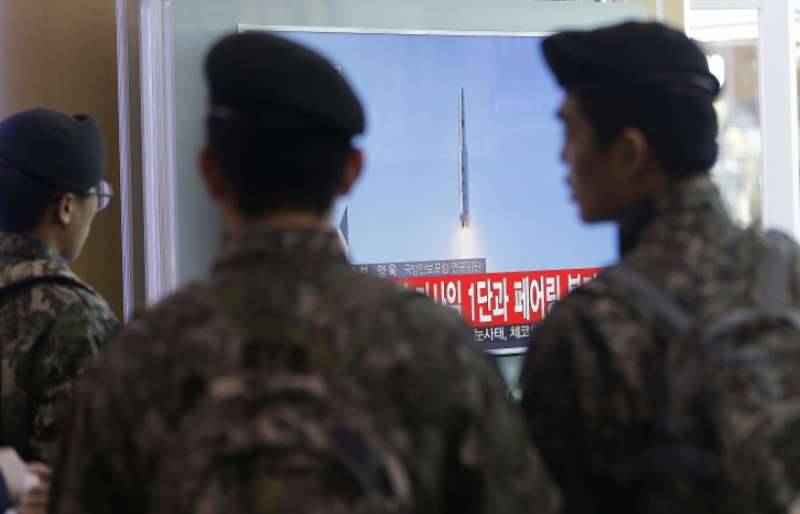 On Sunday, a briefing for members of parliament was held in Seoul in private. Upon its completion, several deputies came out to journalists, representing the parliamentary committee on intelligence.

“Thanks to this launch, the DPRK, as the intelligence official said, was able to a certain extent to accumulate new knowledge in terms of rocket separation, system control and other areas of intercontinental ballistic missiles,” said the head of the committee, Ho Yong.

Another member of parliament, Chol Wu, said that at the briefing the head of intelligence told them about “Russia's possible assistance to the DPRK in obtaining the necessary technologies.”

According to him, the deputies asked the question, “could the DPRK independently reach such a level of rocket technologies?”. "We were told that, according to intelligence, the DPRK, of course, did something itself, but important details (for the rocket) were most likely obtained from Russia, and there is a large amount of information in favor of this."

Ctrl Enter
Noticed oshЫbku Highlight text and press. Ctrl + Enter
We are
Official briefing of the Ministry of DefenseAnother satellite crashed without reaching the specified orbit
105 comments
Information
Dear reader, to leave comments on the publication, you must to register.