Project "ZZ". And it's all about him

February 8 2016
166
British experts have learned who will succeed Putin as president. This is a man who was formerly Putin’s bodyguard, and still stood at the gate “in the president’s personal hockey club” and “missed the pucks”. Other Western analysts told the world about the "extraordinary courage" and also the "stubbornness" of Putin. All the qualities mentioned by V.V.P. appeared not only in Ukraine. Even on the “economic front” inside the country, Vladimir Putin demonstrates his obstinacy to some privatizers. As for Syria, the West there has generally become a hostage of Putin’s strategy, they say in Europe. The Russian president is not afraid of only one person on the planet - Navalny. 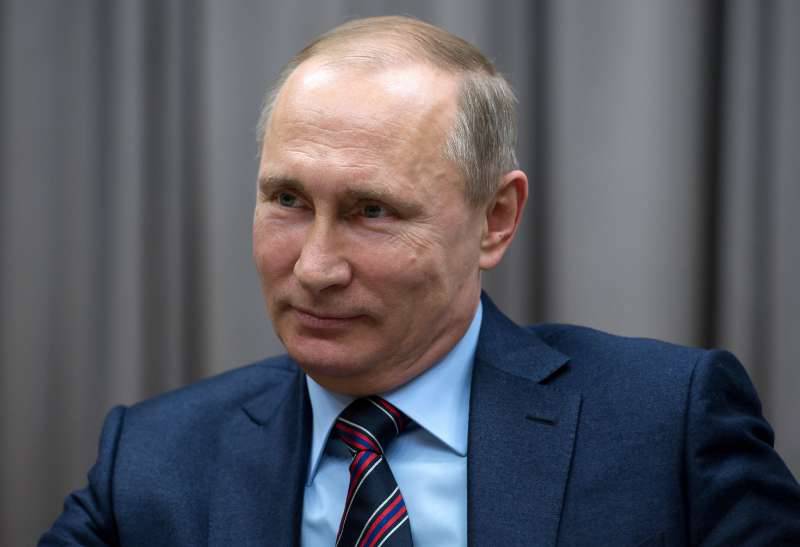 Will Stewart, Moscow correspondent "The Daily Mail", retold the rumors that are circulating in the Russian capital: allegedly Vladimir V. Putin’s successor as president will be the “military hero” (military hero).

This man is Alexey Dyumin. He is 43 of the year. The other day, he received the post of governor of the Tula region (or rather, he temporarily acts as governor), and before that he was deputy minister of defense. Now the media is filled with the details of his biography.

The correspondent also found out that earlier Dyumin was a bodyguard and “reliable assistant-adjutant”. In addition, he stood at the gate in the “own hockey club” of the Kremlin Strongman, the author writes with irony.

According to some commentators, the main responsibility of this goalkeeper was to “delicately” behave at the gate, that is, “miss the pucks”.

On the other hand, this is not just some kind of goalkeeper. About Dyuminyu say that it was he who turned out to be the man who carried out the "secret operation" to remove the "disgraced Ukrainian President Viktor Yanukovych from his country." Moreover, Dyumin was commanded by the Special Operations Forces of the Russian Army, which played a key role in “the seizure of the Crimea,” the correspondent points out.

Putin conferred on him the title of Hero of Russia for his courage and appointed him as deputy commander of the land forces.

A couple of months ago, Dyumin became deputy minister of defense. The publication reminds that the post of minister is occupied by Putin’s “close associate”, Mr. Shoigu.

And suddenly Dyumin was in the chair of the governor in the strategically important city of Thule! “Its area is larger than the area of ​​Wales,” the author writes for comparison. Such an appointment is viewed as Putin’s desire to give his man a “political experience”, managing the area before making a new career breakthrough.

"Veteran television and radio journalism," Sergei Dorenko, continues to Stewart, the chief editor of the radio station "Moscow Says", believes that Dyumin is being prepared as a possible successor to Putin. Dorenko says this: "Without a doubt." He puts Dyumin ahead of two other potential candidates for successor: Prime Minister Dmitry Medvedev (50 years) and Andrey Vorobyov (45 years), currently the Governor of the Moscow Region.

According to the journalist, 63-year-old Putin “must soon decide” whether he will go to the new six-year presidential term in 2018, or put the heir in power.

Some analysts expect Putin to go to the polls, but then he will leave the post before the end of the full term and hand the reins to the successor.

In the meantime, Leonid Bershidsky told the world about “extraordinary courage” and also “Putin’s stubbornness”. His article was published in Bloomberg View.

The author considers Putin to be an amateur at risk and at the same time stubborn and courageous man. Despite the low oil prices and the fading hopes for a speedy economic recovery in Russia, Putin is not afraid of risk. Neither inflation nor budget problems will make him “refuse to participate in certain crises.” We are talking about Ukraine, Syria, and at the same time “suffocating state control over the economy” in the interests of the “comrades-in-arms” of the Kremlin’s owner. According to the journalist, Putin “continues to persist,” although society was pretty tired of the actions of the Russian government. The author calls such Putin's behavior “a sign of outstanding courage” (this is a sign of uncommon courage).

Next, the browser gives the arguments.

1. Putin did not retreat in Ukraine. As before, the Kremlin insists on high autonomy for the eastern regions and on amnesty for the militias. Putin needs only complete victory, the analyst believes.

2. Syria. Here, Assad's forces are close to regaining control of Aleppo. Air strikes of the Russian Air Force allowed the Assad fighters to go on the offensive. In Syria, Putin, most likely, is not afraid of a change in the military situation, and even “is not afraid of being stuck” there, as the USSR was stuck in its time in Afghanistan.

3. On the “economic front,” that is, already in his own country, Putin was faced with the need to raise money to finance programs that provide the president with public support, as well as funds for a huge security apparatus. The ministers of the economic bloc are in favor of large-scale privatization, which, in the author’s opinion, if properly carried out, could give a chance to private business after a decade of tight control and “enriching Putin’s narrow circle of friends.” However, here, Putin is not inferior: he made it clear that if such a privatization passes, it is only on his terms. Among them is the preservation by the state of a controlling stake in systemically important companies.

So, Putin is not ready to compromise. However, the author recalls that his rating drops: according to the Levada Center, the presidential approval rating has dropped to 82%, and the journalist doubts that the respondents showed honesty when answering. In addition, the number of Russians who believe that their country was at a deadlock is growing (34% compared to 22% in June 2015).

Some European experts meanwhile explained to the world that the West was hostage to Putin’s strategy in Syria.

Correspondents Financial Times Erika Solomon (Geneva) and Sam Jones (London) noted that the inter-Syrian peace talks were “temporarily suspended”, but it is unlikely that they could continue, because the forces of the Syrian government, backed by Russia, “are rapidly advancing in the north.” Their final goal is Aleppo.

According to an unnamed "European diplomat" who is familiar with intelligence reports, the Syrian government is supported by at least three thousand Russian servicemen, including special forces ("spetsnaz").

Journalists write that now Putin has returned to his original plan: to help Assad to win Aleppo and the neighborhood directly to the Turkish border. This was reported to a correspondent by a European high-ranking intelligence officer.

The same source claims that Moscow has managed to divide Syria into “zones of influence”, and since then the anti-Igilov coalition led by the United States is powerless before Russia — on the territory that is located west of Aleppo and reaches Deraa.

It seems that nowadays Putin is not afraid of only one person in the world. This is Bulk. His statements recently appeared in the Western press.

European edition of the journal "Politico" dedicated to Navalny material under the heading "Alexei Navalny, Russian dissident in winter". 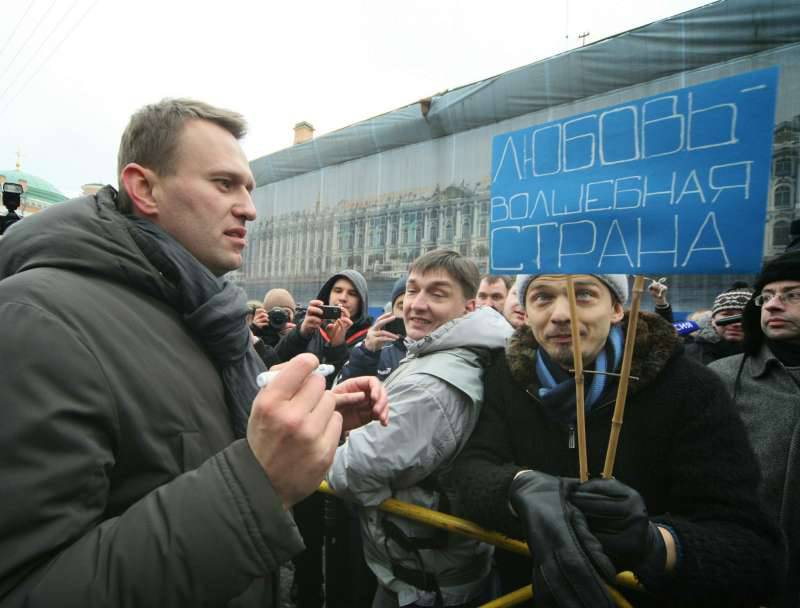 According to the editors, Navalny today is much more lonely in Russia than four years ago. Most of the other opposition leaders "were either in prison, or expelled, or were even worse with them." Putin, according to the publication, “is cracking down on the opposition in a way that no Russian leader dared to do from Soviet times.”

However, Navalny said that he was not afraid of Putin. Sitting in his Moscow office, the newspaper writes, Navalny “took a deep breath” and closed “steel blue eyes” for a second.

“Like anyone involved in Russian opposition politics, I know that Putin’s government will stop at nothing,” he said. “I know that, but I'm not afraid.”

Navalny believes that Putin and Putinism cannot be forever: "The escalation of war and extreme methods, I hope, has a finite limit." According to the opposition, sanctions and economic pressure are doing their job and will continue to do it. As for the president’s ratings, this is a mirage and propaganda, Navalny is sure.

So, Mr. Navalny is sure of what even Western analysts and experts are not sure. If in the West they consider that Putin will have a successor and even pronounce the name of the successor of the Putin line, then the blogger Navalny admits the ultimate limit of “Putinism”. If European experts believe that in foreign policy, Russia does not succumb to the West, but on the contrary, the West has become hostage to Putin's strategy in Syria, and in Ukraine Moscow is not inferior, then a person with “steel blue eyes” is waiting for the end of the “escalation of war”. Who, in his opinion, is to blame for the "escalation"? The question is rhetorical.

Ctrl Enter
Noticed oshЫbku Highlight text and press. Ctrl + Enter
We are
Results of the week. “I respect you, and you respect me, we are dear people”Regime change in the Russian Federation? Why Washington wants to end Vladimir Putin (“Global Research”, Canada)
166 comments
Information
Dear reader, to leave comments on the publication, you must to register.