Basurin about the Kiev plan of provocations and propaganda strategy

February 8 2016
31
DPR intelligence has acquired the secret documents of the Armed Forces of Ukraine with a plan for provocations and a propaganda war strategy through the Ukrainian media, reports RIA News the message of the representative of the Ministry of Defense of the Donetsk Republic Eduard Basurin. 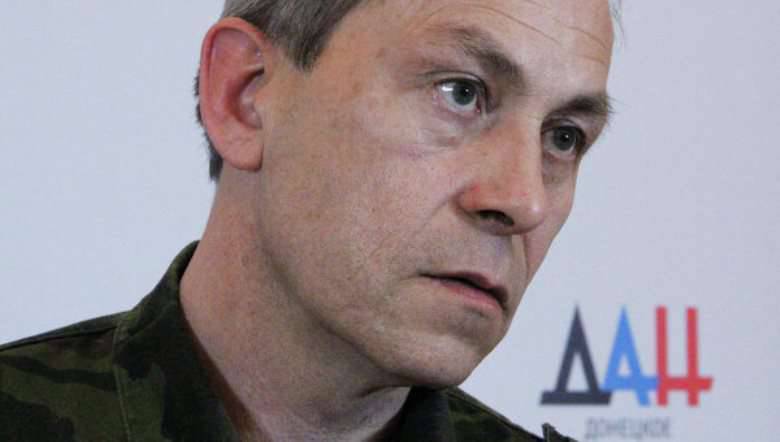 “A number of secret documents signed by Viktor Muzhenko, Chief of the General Staff of the Armed Forces of Ukraine, and Valery Kondratyuk, Chief of the Intelligence Directorate of the Ministry of Defense of Ukraine for preparing and holding special events in the information space against the DPR and LPR, came into our hands ... and controlled resources on the Internet. Now we have goals and objectives, as well as the timing of all planned activities, ”said Basurin.

The shelling of the territories of the republics will now be presented to the public as "a reflection of the attacks of an external enemy."

“In particular, there are installations of the command of the Armed Forces of Ukraine to present all the actions of the armed forces of the young republics as actions of the“ Russian occupational troops. ” Use a clear terminology that replaces the true meaning of the profitable Ukrainian leadership. To form the opinion of the Ukrainian population that there is not a civil war against their own people on the territory of Ukraine, but external aggression is allegedly reflected, ”the colonel added.

The documents indicate the addresses of resources (accounts) on which false information will appear. This information should immediately be picked up and replicated by publications controlled by Kiev (the list is also attached). In addition to the texts, it is also planned to use production videos.

“We note only one thing: according to the intercepted analysis, the effectiveness of the actions of these propaganda resources is almost zero - both in the territory controlled by the Armed Forces of Ukraine and beyond its borders,” noted Basurin.

In addition, the DPR intelligence has information about the involvement in the Ukrainian army of persons serving sentences for criminal offenses.

“According to our intelligence, due to the low staffing of the Ukrainian units, the command of the Armed Forces of Ukraine attracts persons from places of detention to fight. Currently, another party of prisoners has begun military training at the Wide Lan range, ”said a representative of the Ministry of Defense of the DPR.

From among the prisoners it is planned to form small groups “for sabotage of civilian casualties, including in the territory controlled by the Armed Forces of Ukraine,” he said.

“The purpose of the use of such units is to discredit the DPR army and create grounds for unleashing aggression against the republic,” said Basurin.