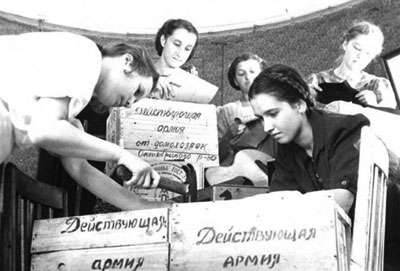 It pains me to look at the yellowed and almost decaying sheets of paper, in the upper right corner of which stands the “Secret” stamp, and under it is a list of mass graves and warriors' burials. Could on the very ground on which we are walking today, without even thinking that it is watered with blood.


How often we write about major battles and great warlords, overlooking those small, limitless and therefore little-studied human feats accomplished during the war years. And only bit by bit in the district and regional archives it is possible to find and restore the true picture of a simple feat accomplished in the name of the Fatherland.

I already wrote a lot about stories Tselinsky district of the Rostov region, but still somewhere in the written "baggage" there are small, tiny evidence that only you know, but a small group of old-timers. And I want it so that it won't all go away, not sink into oblivion, and it was noted by the grateful word of descendants for whom the dead, in fact, lived.

From the archival documents it is clear that in the territory of the Tselinsky district twenty-eight burials and mass graves, in which two hundred thirty-seven soldiers lie, whose names are unknown. And in another document we read: “During the occupation of the area by the German fascist invaders, more than 150 people were shot, brutally tortured and subjected to repression. Many pits were opened, where German bastards buried the bodies of Soviet citizens. Thus, on the territory of the Tselinsky grain farm, the pits were opened, where they buried the bodies of the following Soviet citizens ... ”

The following is a list of nine people. Among them, a woman, the chairwoman of the Olshansky general store, and 70-year-old man, a member of the CPSU (b).

And then the postscript: "And other Soviet citizens and children."

Another document dated April 1 1943. This is the “Decision on the meeting of the Tselina Executive Committee of the District Council of Workers' Deputies on putting in order a public garden and a mass grave in the village of Tselina”. The operative part says: “By 10 of April, complete the fence of the public garden with wire and put a wooden fence on the mass grave. Write and post on the mass grave a list of identified comrades who were buried in this mass grave, killed by the Nazi executioners. Carry the corpses of the fascists buried in the garden and bury them behind the village of Celina (in the southwestern part). ”

It is about human losses. Irreplaceable.

It stores the archive and evidence of the destruction, damage and losses caused by the “six-month-old German invaders”. So, from the “Consolidated statement of damage accounting caused by the German fascist invaders and their associates to the collective farms of the Tselinsky district” dated December 13 1943 of the year, it follows that damage and losses are expressed in the amount of one hundred sixty eight million five hundred fifty two thousand rubles. These are destroyed and damaged buildings and structures; looted and destroyed agricultural equipment; destroyed gardens and plantations; looted and destroyed livestock and poultry; destroyed crops and looted crops, stocks of seed, feed and food.

Destroyed and cultural values. So, six secondary schools were completely destroyed, the buildings of the district’s other 57 schools were partially destroyed. There were 18 stationary libraries in the district, only two remained, and all fiction, political and other literature was destroyed in them.

Before the occupation, 15 radio centers operated in the area, only one remained in Tselinsky State Farm, which was partially restored. The rest of the equipment was destroyed and taken away.

And here is another archive document: “The decision of the executive committee of the Tselinsky District Council”, dated June 1943 of the year. It is a question of financing measures for the improvement of the district center. We read: “Along with the general destruction in the area, the district center was particularly affected: the monument to Lenin and the statue of Stalin were destroyed, the artistic public and school gardens were turned into deserts, a number of public and school buildings were destroyed, etc. In order to restore all of this, money is needed, the allocation of which to the budget account is currently inexpedient, since all funds should be used to defeat the enemy ... ” 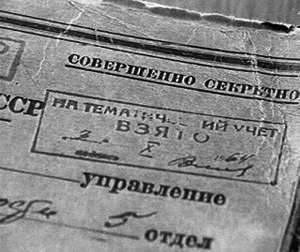 This archive document echoes the correspondence about the collection of funds by the workers to the defense fund (Stalin's Knowing newspaper, No.108, 24 of August 1941). “Collective farmers of the Khleborobnensky Village Council are imbued with a single desire to destroy German fascism, strengthen the power and defensive ability of the Fatherland more. 887 people took part in the Komsomol youth sunday on the Khleborobnensky village council. The earned money in the amount of 6871 rubles is transferred to the defense fund. Collective farmers of agricultural enterprises named after Budenny unanimously decided to transfer to the defense fund 89 729 rubles received by the collective farm for property transferred to the Red Army.

In addition, allocated to the defense fund 25 sheep, 10 pigs. The farmers of the Red Lighthouse Agricultural Farms donated 25 165 rubles received for property transferred to the Red Army to the defense fund, allocating 20 sheep and 10 centners of milk.

But not only money and products were sent to the defense fund. Women in the rear became donors to give their blood to the wounded. About this - in the newspaper report “Women join the ranks of donors” (newspaper “Kolkhoz Tribune”, No. XXUMX, August 98 13 year).

“The glorious call of the girls of the village of Mechetinskaya to join the ranks of donors found warm support from the women and girls of the collective farms. They submit applications to the military department of the district party committee and ask them to be included in the ranks of donors in order to donate their blood to the fighters and commanders of the Red Army wounded on the fronts of the Great Patriotic War.

“I wish to be a donor,” writes Elena Sidortseva (Rossoshka) in her statement. Applications with a request to be credited to donors came from the notable Stakhanovka of the collective farm named after 9 in January, Elena Zubtseva, from the collective farmer Euphrosyne Grineva, Maria Kibkalova and many others. ”

Years continue to carry us away from the events of those terrible years. Something is erased, something seems to be not so bright. But we must not forget that horror, that loss, that destruction. We must remember. Remember to prevent recurrence.

“There was once an obelisk near the railway station - it was standing above the mass grave. Now it is not there, but there was no reburial. What kind of forgetfulness is such that we now walk on the bones ?! And in general, at least someone knows about those events and about the monument? ”Recently, a letter from Lyudmila Danilovna Bogdanova from the village of Egorlyk, Rostov Region, came to me.

In fact, many villagers claim that a modest obelisk once stood at a burial site under a red asterisk. And it is quite true if this obelisk is restored, because reburial is not so easy, which means that as long as there is no sign and even a fence in that place, we all are marking time.

During the bombardment of the enemy aviation In November 1941, the Ataman railway station was on fire. Sergey Stepanovich Gordeev personally took out two steam locomotives and 43 tanks from under fire. Then, along with everyone, the burning station and two trains with military equipment were extinguished.

Gordeyev also came to the rescue for the second time - 17 July 1942, when the engine driver was injured and his assistant was killed. Then, under the intensified bombing, Gordeyev brought four evacuation units out of the fire, which prevented 14 cars with ammunition from exploding.

But the valuable document - an act compiled by the Director of the Ataman Elevator Platon Andreyevich Knyazev: “On November 4 on November 1941, the German fascists raided the Ataman station, and they found in the Elevator incendiary and destructive bombs that burned down 2000 tons of barley. Barley was burning. The guard Kobets was killed, and the second guard, Kukhlewski, was burned to death by an incendiary bomb. 1764 July 17 of the year at 1942 in the morning seven fascist aircraft made a second raid on the Egorlyksky elevator. The 7 bomb was dropped, from which 21 warehouses burned down.

On this day, one kolkhoz woman was killed from the Kavalersky hamlet - Raisa Burdasova, who accompanied the wagon train with grain, and one working elevator. In addition, the deputy director of the elevator Utin Pavel Yakovlevich and the cleaning woman Polina Prokopets were injured.

Many villagers took part in extinguishing fires. Dmitry Semenovich and Lydia Markovna Bogdanovs were among them too. And Anatoly Vasilyevich Davydov (at that moment - 12-year-old boy) witnessed the July 1942 bombing of the year.

Years later, 4 September 2007, Davydov said that not only civilians but also wounded soldiers were killed at the Ataman station. During the raid of enemy aviation, a combined squadron was smashed, which housed the wounded, refugees, and the sanitary-medical department. The dead and wounded during the bombing (there were about 40 people) were buried in a common grave somewhere in 20-30 meters from the loading and unloading platform, and an obelisk was installed (the landmark is the mill and from the west wall to the north, meters in 40-50) .

Maybe the search engines still restore this place of burial? Otherwise we will be Ivanas, not remembering kinship.

Ctrl Enter
Noticed oshЫbku Highlight text and press. Ctrl + Enter
We are
Reconstruction of the warriors of ancient Greece and Rome: large and smallMy grandfather's front-line letters (part 2)
13 comments
Information
Dear reader, to leave comments on the publication, you must to register.