February 9 2016
24
In the modern global world, “soft power” is becoming an increasingly important tool in promoting states of their interests. Now this term is firmly entrenched in scientific and political circles, because the indisputable advantage of “soft power” over “hard power” is that the first one, without any coercion and associated risks, allows the possessing state to promote its interests in such a way that objects of “soft power” are able to voluntarily submit to the aspirations of the “aggressor”.


The world has developed an understanding that trying to resolve many contradictions through confrontation, using only “hard power”, is counterproductive.

"Soft power". This term was introduced in 1990 by an American political scientist, a professor at Harvard University, Joseph Nye, who later introduced 2004 to the book Soft Power. Nye identifies the three pillars of the policy of "soft power" - ideology, diplomacy and culture. It is the modern culture that is the key direction. And here the state, capable of offering the world something worthwhile, can achieve its goals by persuasion using intangible sources, and not by coercion and a set of leverage. At the same time, “soft power” is a tool not only for states, but also for all sorts of non-governmental organizations, religious denominations, and even terrorist groups. On the contrary, “hard power” is an opportunity to force and impose one’s will on the basis of economic and military power. At the moment, Nye is developing a new concept - the concept of "smart power", which is a symbiosis of Yin and Yang, that is, the optimal combination of the subject of "rigidity" and "softness" to achieve maximum efficiency.

Far back are the times when “soft power” was mainly the prerogative of the West, on the one hand, and the Soviet bloc, on the other. Now, in the era of globalization, where ideology has faded into the background, many independent actors have appeared: South Korea, Japan, China, India ...

Take Japan and South Korea. The ancient cultures of these countries are closely intertwined with the Chinese. Both countries have created unique and globally recognized mass cultures. In Japan, it is manga and anime. In Korea - Hallyu. The term Hallyu, or Korean wave, appeared in the second half of the 1990-ies in the wake of a sharp increase in the popularity of Korean culture in Asian countries. Hallyu is a multifaceted phenomenon that includes cinema, pop music, Korean cuisine, language, etc.

Unlike many, China relies on its traditional culture, which has always had a special attraction for foreigners: language, ancient medicine, martial arts, philosophy, literature. As for its mass culture, it is hardly competitive, especially against the background of its neighbors. Thus, there are restrictions on the broadcast of Korean TV products on the national air. However, it does not seem that this is particularly worried about the Chinese side. 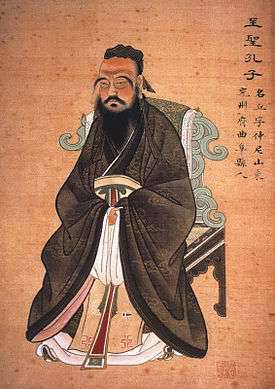 Institutions of Confucius play the main role in increasing Chinese influence through its language and traditional culture. The expansion of the world network of these institutions is considered in the PRC as a very important state task; it is not by chance that the Institute is supervised by the Ministry of Education of the PRC.

As an experiment, the first Confucius Institute was opened in June 2004 of the year in Tashkent. Officially, the first establishment was opened in Seoul in November of the same year. Now, through 11 years since its foundation, the planet has more than 480 Institutes in more than 120 countries. By the 2020 year, it is expected that approximately 1000 Institutes will function in the world.

The work of the Institute is far from being limited to language teaching and includes a wide range of tasks. In these institutions, there are: state testing in Chinese (HSK, YCT, BCT), support for Sinology studies, organization of lectures and exhibitions, demonstration of Chinese films, calligraphy courses, wushu, paper cutting and tea ceremony.

The organization is coordinated through its headquarters in Beijing. She is responsible for developing rules, creating new departments of the Institute, approving programs and budgets, sending teachers abroad.

The Confucius Institute is not just a cultural tool of Chinese politics, but also a strong agent of influence. With the increasing presence of the country on all continents, it becomes necessary to show the peaceful nature of its foreign policy, to endear other countries through the formation of an attractive image, smoothing out the feeling of the “yellow threat” that is being talked about more and more in the world. In this regard, many point out that the Institute is trying to control the discourse around China. The organization is accused of promoting Beijing’s position on Taiwan, Tibet, Xinjiang Uygur Autonomous Region, as well as a number of other sensitive issues. Periodically voiced and much more serious accusations. The institute is suspected of collecting intelligence, spying on overseas Chinese students.

In addition to the Confucius Institute, a significant instrument of the Chinese "soft power" is the holding of various international events in the territory of the PRC. First of all, these are the Beijing Olympics in 2008, the Universiade in Harbin in 2009, and the World Expo in Shanghai in 2010. It is also indicative that CCTV broadcasts in dozens of languages ​​around the world. Chinese television and radio broadcasting is the world leader in the number of foreign languages ​​broadcasting and the number of Chinese TV channels in foreign languages. The long-standing world leaders in this respect, the countries of the Anglo-Saxon world (USA and Great Britain), were “moved”.

Cultural expansion is a feature of China throughout its stories. The reason lies in the concept of China-centrism, according to which the world is divided into the “center of the world” - China and the “world of barbarians”, because the economic, political and cultural development of the rest of the world is at an incomparably lower level. The messianic role of the Celestial Empire is to "civilize" and "re-educate" the surrounding nations, introducing them to Chinese culture. A sense of superiority and exclusivity has been cultivated in the Chinese people for thousands of years, and today even the poorest segments of the population believe in this unshakably.

The Middle Kingdom (Zhongguo) - this is how the Chinese name of this country is translated. The middle one, that is, the strongest and richest state can exist only under Heaven, which is why it is called the Celestial. Everything else - the periphery, because the Sons of Heaven - the emperors, always extremely reluctant, even under the threat of destruction, went to the creation of alliances with neighbors. Nowadays, in the 2009 year, Washington has proposed to Beijing to form a US-Chinese duumvirate for managing the world, in a different way, G-2. China, of course, was assigned the fate of his younger brother. Chinese elites rejected the proposal.

In recent decades, the Chinese have significantly changed their attitude. Growing awareness of their own strength. Civilization is gradually moving away from centuries-old introversion and again begins to see in itself the center of the world, just as it was in antiquity and in the Middle Ages, before the influx of Europeans and subsequent military and trade interventions.

There is no doubt that the nationally oriented political establishment in the PRC professes precisely the Chinese-centric point of view on the place of its state in the world, and the distribution of cultural influence is given no less than the strengthening of the economic and military components.

It is worth remembering the ancient Chinese military theorist Sun Tzu and his work "The Art of War", where it is said that war is an endless path of cunning, and victory by peaceful means without declaring war is the highest military skill.

Ctrl Enter
Noticed oshЫbku Highlight text and press. Ctrl + Enter
We are
Soft Power - soft power “made in USA”Iron grip of "soft power"
24 comments
Information
Dear reader, to leave comments on the publication, you must to register.