February 9 2016
34
Somehow here, in the “Military Review”, reading the article by Vyacheslav Olegovich Shpakovsky “Voynushka” is the favorite game of Soviet children, ”I remembered my childhood that I spent on Fr. Sakhalin in the military town of Smirnykh. In that distant time, we often climbed the underground passages and trenches of the Japanese remaining from that war. Found bayonets, cartridges and even aviation the bomb. And so I decided to write several articles on the development of this, my dearly beloved, island, on its liberation from the Japanese militarists.


Russia began to develop the Far East, namely Sakhalin and the Kuril Islands in the XVII century. Geographical descriptions and maps of the time show that neither in Europe nor in Asia there were any real ideas about the area of ​​present Sakhalin and the mouth of the Amur River. The land called Tartary ended with the "Ocean of the Sea". Even in neighboring Japan about the island, as well as about the other to the north of it, the islands were only fragmentary information. The then rulers of Japan pursued a policy of strict isolationism. They did not develop any external relations and, on pain of death, forbade the Japanese to visit other countries.

“And the Amur River fell into the ocean by the mouth of one, and against the mouth of the Amur at sea is a great island, and there are many foreigners living on it - Gilyaks of the kind”- this is what Sakhalin says in one of the ancient Russian documents. 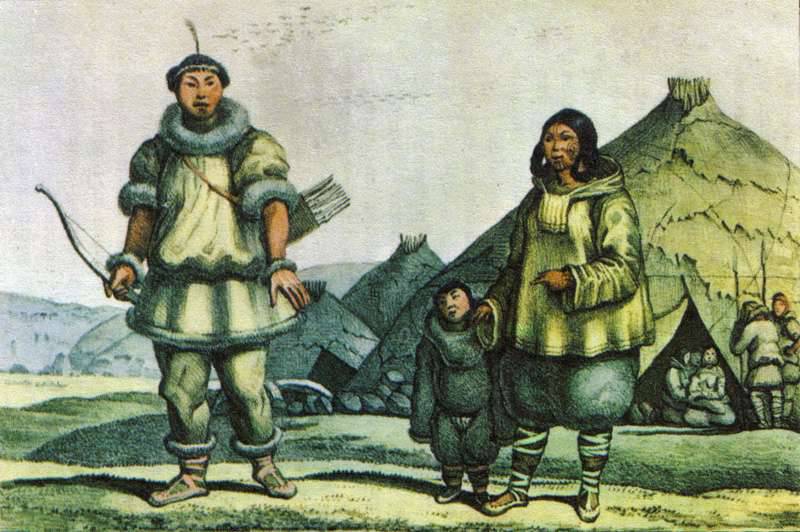 In Russia, the pioneers of Sakhalin were Cossack explorers who came to Amur from Yakutsk. They swam in strug and on rafts along fast and rapids rivers, followed mountain paths, wandered through the taiga, and again sailed along rivers, leaving fortified points on their way - fortresses. Such travels took many months, and sometimes years. 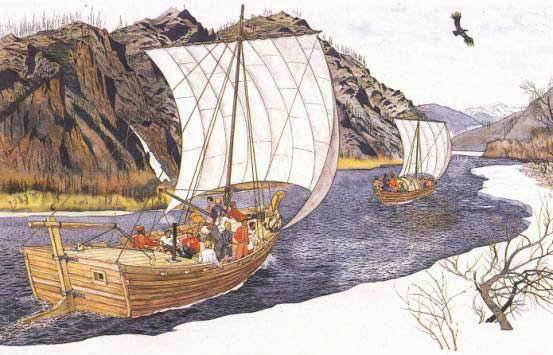 So in the winter of 1644 - 1645 in the lower reaches of the Amur, there appeared a detachment of Cossacks Vasily Danilovich Poyarkov. Having established friendly relations with the locals, the Nivkhs, the Cossacks found out that there was a large island opposite the mouth. From V.D. Poyarkov walked 130 Cossacks, only 20 returned, five of which, under the direction of Mikula Timofeev, he sent as messengers to Yakutsk. In the “interrogation speeches”, the couriers described Sakhalin and its inhabitants as such to the Yakut voevode: “The Gilyaks said: there is a island on the mouth of the Amur River in the bay, and on that island there are twenty-four ulus, but there are de Gilyaks, and in the district there are two hundred yards each.” The information of the expedition of Vasily Poyarkov, who declared Gilyakov filed by the Moscow Tsar and his drawings of Sakhalin, were used in 1667 in the compilation of the “Drawing of All Siberia, which was chosen in Tobolsk”. 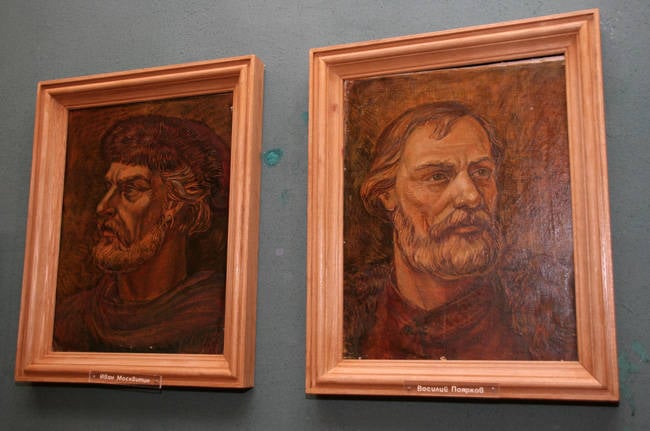 There is information that before V.D. A detachment of Cossacks of Ivan Yuryevich Moskvitin visited Poyarkov in 1640 year, near Sakhalin, sent here for a “search of new townships”, and on the way to “see” the sea. Story I.Yu. Moskvitina about this voyage was recorded in the Yakut treasury hut as follows: “And by sea they went with the reins near the coast to the Gilyatsk Orde to the islands. And as some of the islands of the Gilyattsky Horde did not reach the bottom, they came ashore and with a sinful measure left their leaders. And ONET, Ivashko and his comrades, after reaching the islands came to the islands. And the land of Gilyat appeared, and the smoke appeared, and they did not dare to go without it because the people and their hunger lifted and died to eat grass and they did not return to hunger. ”. I will explain that the “driver” is a conductor.

Since that time, Russian explorers began to visit Sakhalin, tying up barter with local residents. The Cossacks received from them yasak fur in favor of the Moscow state and at the same time took the oath of allegiance to the new government. In 1649 and 1656, the Cossacks, who settled on the Amur River, collected sable pelts “in the land of Gilyaks” 4827. So, in the middle of the XVII century, the Russians began to settle down on Sakhalin Island.
A great contribution to the research and development of the Far Eastern lands was made by the brave Russian explorer Erofei Pavlovich Khabarov. In 1649, at the head of a detachment of free people, he emerged from Yakutsk and for five years traveled and studied the Amur region. Sent in 1652 year to communicate with E.P. Khabarovs, the Cossacks, under the command of Ivan Nagiba, missed him and repeated the route of V.D. Poyarkov. They not only confirmed the information Moskvitina and Poyarkova, but added new data about the island.

Simultaneously with Sakhalin, the Kuril Islands were also settled, inhabited by "autocratic", that is, to no one subordinate Ainu tribes - the Kurils. In Kuril language “kuru” means “person.” Hence the name of the islands. In 1649, Fedot Alekseevich Popov, with a detachment of seventeen people, arrived for the first time in the Kuril chain. Following him, the polar seafarer Mikhailo Starukhin visited the Kuril Islands in 1656, and the Yakut Cossack Luka Morozko visited the 1696 year.
The most important stage in the expansion of the Far East and in particular the Kuriles was the famous march from Anadyr prison of Cossack Pentecostal Vladimir Atlasov. 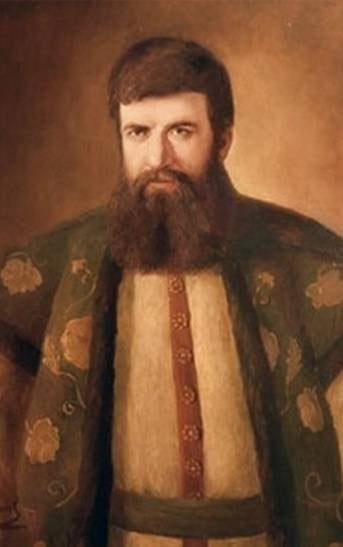 In 1697, he went on a campaign to take Kamchatka "under the high Tsar's hand." For three years, his squad suffered deprivation and fierce adversity. From 120, only 20 returned to Anadyr. History almost repeated, as with detachment V.D. Poyarkov. When he arrived in the capital in 1701, he personally reported to Peter I about the subordination of Russia to the Kamchatka Peninsula, about the Kuril Islands, told by him, through which the way lies "A wonderful wonderful Nithon kingdom". He meant Japan. His report prompted the king to request additional information about this distant land from Yakutsk. In 1711, the Kamchatka Cossacks - participants in the rebellion, during which Atlas was killed, in order to atone for their guilt, went under the command of Danila Antsiferov and Ivan Kozyrevsky on small ships and canoes to Shumshu Island and subdued its inhabitants. In the 1713 year, Kozyrevsky with a detachment of Cossacks brought the Kurilians of Paramushir to Russian citizenship and gathered yasak on both islands. He was the first to draw a drawing of the entire ridge of the Kuril Islands and reported to the capital.

As is known, Peter I developed a special plan for the study and settlement of the newly emerging lands by the Russian people. In accordance with this, he sent a naval Kuril expedition under the command of Ivan Evreinov and Fyodor Luzhin (1719-1722). Performing the king's secret mission to go “To Kamchatka and further, where will you be indicated and describe the places where America has come together with Asia”, they put on the map the fourteen largest islands of the Kuril ridge. By securing Russia's rights to Sakhalin and the Kuril Islands, Russian explorers installed crosses and pillars with inscriptions about the belonging of this land to the Russian state, and residents were taxed with yasak. 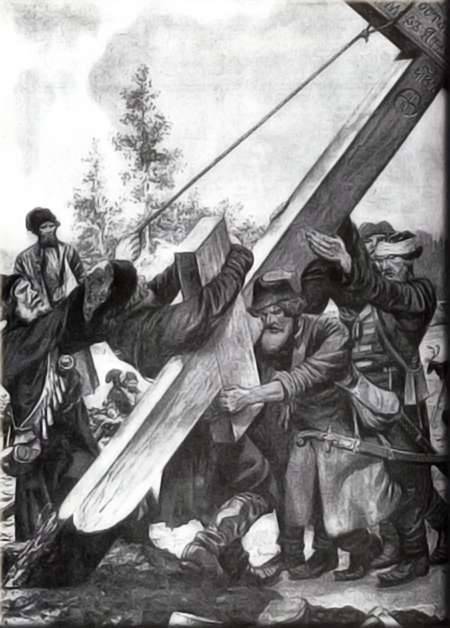 The Kuril Ainu paid tribute to Russian collectors, of whom there were only a few people, without the slightest resistance. During the expedition of the Russian navigator Martin Petrovich Shpanberg in 1739 - 1740 many Ainu were converted to Christianity, and by the time of the fourth revision conducted in 1781 - 1787, all the inhabitants of the Kuril Islands were already considered Orthodox. In 1779, the yasak collection was canceled. Catherine II wrote: “... they are left free and no requirement to collect them, and henceforth the tamo peoples must not be forced ...”. 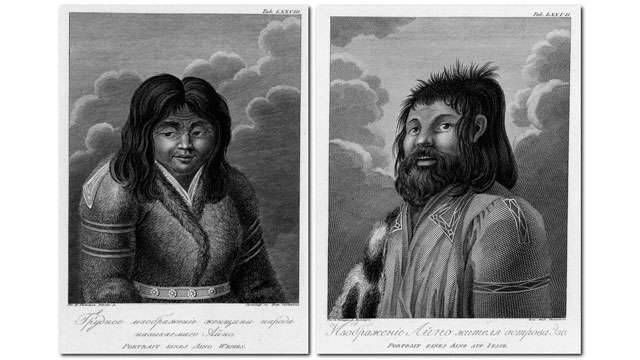 At the end of the 18th century, at the suggestion of Grigory Ivanovich Shelekhov, a citizen of the town of Rylsk, who later gained fame as “Russian Columbus”, the largest Russian-American commercial and industrial company was established, which from 1799 to 1867 managed Russian ownership in the Pacific Ocean from Alaska to Japan, including the Aleutian, Kuril Islands and Sakhalin. 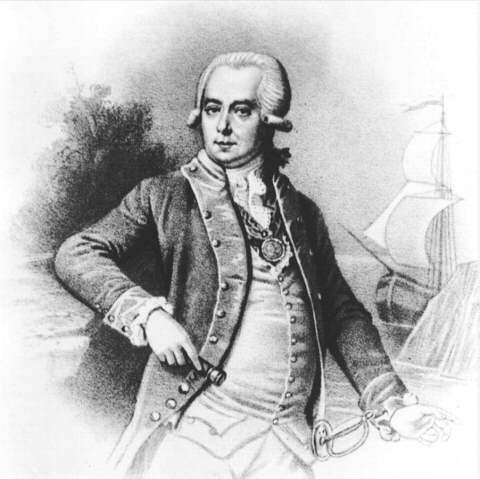 The company played a large role in the exploration and development of newly discovered lands, organized a series of round-the-world expeditions, including to Sakhalin and the Kuril Islands. In December 1786, Catherine II issued a decree on equipping the first Russian round-the-world expedition. “To safeguard our right to the land, the Russian navigators opened” and approved the instruction, which ordered “to bypass the large Sakhalin island Anga Gaga lying against the mouth of the Amur, to describe its shores, bays and harbors, exactly like the mouth of the Amur itself and, since it is possible sticking to the island, to return on the state of its population, the quality of land, forests and works. "

This expedition took place only in 1803 year. It was headed by Ivan Fedorovich Krusenstern. The expedition was to find the sea route to Russian America, make a voyage to the shores of Sakhalin, deliver the Russian diplomat NP to Japan. Rezanov, who was one of the leaders of the Russian-American company. As is known, Rezanov’s mission ended unsuccessfully. The Japanese government refused to enter into diplomatic and trade relations with Russia. The Japanese answer was: “In ancient times, ships of all nations freely came to Japan, and even the Japanese themselves visited foreign countries. But then one of the emperors bequeathed to his heirs not to release the Japanese from the empire and to accept only the Dutch. Since then, many foreign cities and countries have repeatedly tried to establish friendly relations with Japan, but these proposals have always been rejected due to the long established ban. ” 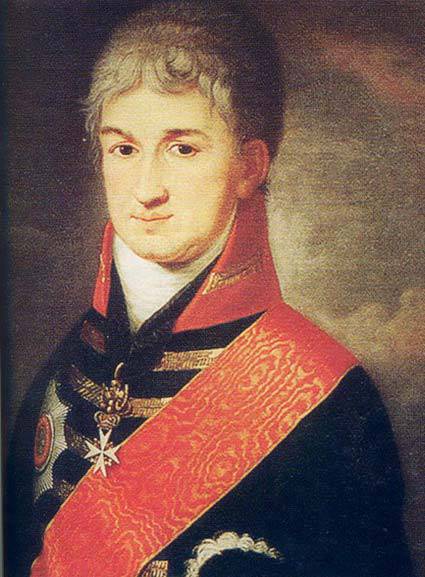 Rezanov warned the Japanese not to go farther north than Hokkaido and left Japan. On the way from Nagasaki to Kamchatka, the Kruzenshtern ship approached Sakhalin and anchored 14 in May 1805 of the year in Aniva Bay. Ivan Fyodorovich studied him in detail, familiarized himself with the life of the Ainu, distributed gifts to them and confirmed the predecessor-executed state act of accepting the inhabitants of the island to Russian citizenship. In the summer of the same year, members of the expedition described and put on the map the entire east and north-west coast of Sakhalin, as well as the 14 of the Kuril Islands. It was the first map in the world to display the true contours of Sakhalin Island. 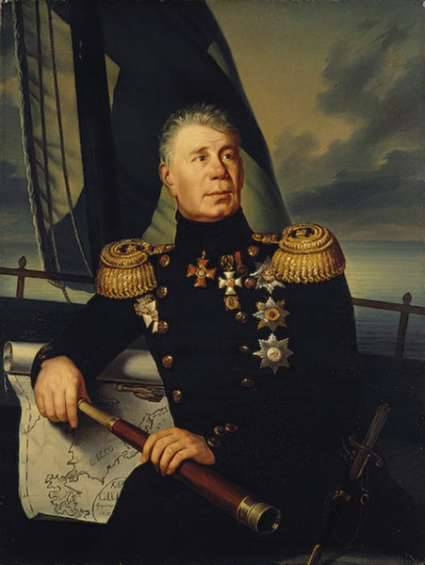 By the way, the names of Sakhalin Island, its dimensions and outlines on the geographical maps of the time were different. The Russians called the island Gilat; Gilyaki - Tro Myth; the Chinese - Luchuy; Japanese - Oku-Yesso; the Dutch - Portland; Manchurians - Sakhalyan ula anga hata, which means "Rocks at the mouth of the black river"; Ainu - Choka, Sandan. Only in 1805, I.F. Krusenstern finally secured the name of Sakhalin Island.

Ctrl Enter
Noticed oshЫbku Highlight text and press. Ctrl + Enter
We are
Loss and return of the Far Eastern islandsWhy there is no peace treaty with Japan
34 comments
Information
Dear reader, to leave comments on the publication, you must to register.