How drunk US military defends Lithuania 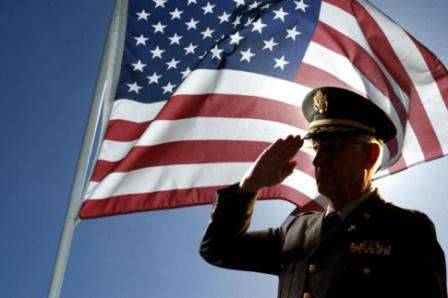 According to the information portal DELFI.LT in the Baltic countries, the epic of violations of national legislation related to the drunkenness of NATO soldiers continues.

So, January 30, in 5.27 hours, in Šiauliai, on the street. Vytauto, the VW Golf car was stopped, driven by a drunken man. The driver's blood was 1,75 ppm. It turned out that this is the captain of the air police mission in the Baltic countries, a US citizen 1984 born.

This information was confirmed by the press service of the Lithuanian Ministry of Defense, immediately justifying the actions of the American captain - "was drunk during off-duty time and without uniform."

A US officer violated the Lithuanian Code of Administrative Offenses (CAPN). Recall that the country introduced a zero ppm limit.

It is known that amendments to the CAPN Code were adopted in Lithuania, related specifically to drunkenness behind the wheel, due to an increase in the number of roadside deaths caused by drunk drivers (according to data from the Ministry of Interior in 2015, as a result of drunk driving accidents, 47 died in the country person).

As before, for the 1,75 ppm in blood, the captain of the US armed forces would have been fined Euros with a deprivation of rights to 868 years for 3.

Now, as explained in the Lithuanian Ministry of Internal Affairs, according to the new code, the punishment for driving in severe intoxication (more than 1,5 ppm) has been toughened and the offender faces arrest, imprisonment, or a fine of up to 19 thousand euros (500 basic social benefits).

In this stories A number of questions arise.

First, whether the captain of the US Armed Forces fined thousands of euros for 19, according to Lithuanian law, or the law isn’t written to the “masters”?

Secondly, what is the American officer doing in the framework of the NATO mission to protect the airspace of the Baltic countries, if in early January the Spanish military arrived at the Zokniai airbase to replace the Hungarian contingent?

As it became known, this is not the only case of disregard for national laws and even the rules of public order in the Baltic region.

For example, in neighboring Latvia, the mayor of Ventspils, Aivars Lembergs, stated that he had sent a complaint to the NATO Secretary General about the military personnel of the North Atlantic Alliance, who had arrived in Latvia for training. The reason for this decision by the mayor of Ventspils is that, according to Lembergs, the NATO military men behave like “invader pigs who do not recognize Latvian laws.”

Alliance officers and soldiers do not hesitate to relieve themselves in public places, to drink alcohol in the streets, while trampling down flowerbeds. These “feats of the brave military” were witnessed by the Latvian mayor, writing on his social network page: “Being drunk, they urinated in public places and on windows, they vomited, they drank alcoholic beverages in public places, which is prohibited. In addition, they plucked flowers to give them to prostitutes. ”

It is unlikely that these cases, demonstrating the devil-may-care and aggressive attitude of the rank-and-file officers and officers of the United States and the NATO member countries in general who came to “defend” Lithuania and Latvia, would stop the militarization of the Baltic region.

However, it is unpleasant for the population to observe. Jumping is a personal matter, a matter of self-respect, but getting drunk behind the wheel is a crime. Under the wheels of drunk drivers in Lithuania for the year already killed 57 people.

Do we need such "defenders"?

Ctrl Enter
Noticed oshЫbku Highlight text and press. Ctrl + Enter
We are
What you didn't want to know about EnglandHow can Russia survive and win in the 21st century?
113 comments
Information
Dear reader, to leave comments on the publication, you must to register.