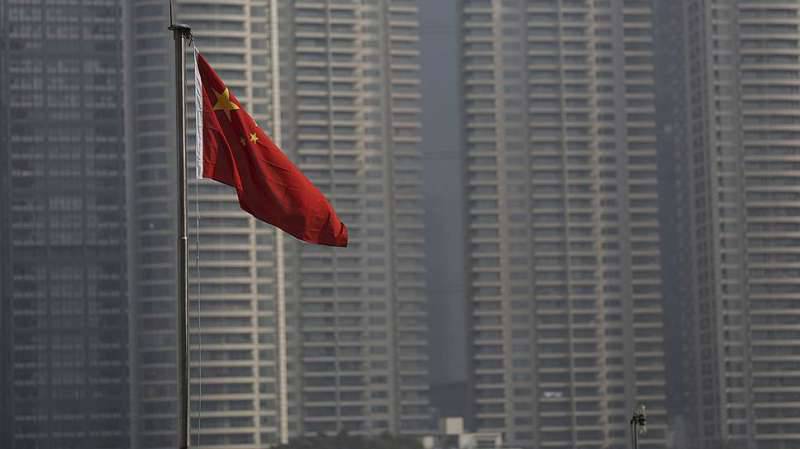 The brother of a high-ranking Chinese official under investigation, Lin Wancheng, allegedly handed over secret information to the US intelligence agencies about the decision-making procedure on the use of nuclear weapons. weapons, measures to ensure the safety of top officials of the country and the internal structure of the government residence of Zhongnanhai. This was reported by a number of Western media, citing sources in the US intelligence community. If a news confirmed, this will be the largest leak of Chinese information through a defector since at least 1985. Experts disagree about the reliability of the published information and the implications of this news for US-China relations.

According to the Financial Times (FT) and the Washington Free Beacon (WFB), an American intelligence service informer became a businessman and professional golfer Lin Wancheng. His high-ranking brother, Lin Jihua, who served as the second deputy chairman of the All-China Committee of the People’s Political Consultative Council of China, was arrested in July 2015 on charges of corruption and violation of party discipline. Immediately after the arrest of his brother, Lin Wancheng left for the United States, where, according to media reports, at least from September, the FBI issued confidential information received in due time from his brother.

Lin Jihua fell out of favor even under the previous PRC General Secretary Hu Jintao - after his son Lin Gu 18 March 2012 had an accident on his Ferrari 458 Spider. The victim who died in the accident, Lin Gu was found by the police absolutely naked, as were the two girls who accompanied him, who managed to survive. This история for a long time became the main topic of discussions in Chinese social networks about rampant corruption and excesses among officials.

After this incident, Lin Jihua, who served as head of the office of the Central Committee of the Communist Party of China (similar to the presidential administration in the Russian Federation) since 2007, was demoted to the head of the United Front Department of the CPC Central Committee. In 2013, he was again downgraded to the second deputy chairman of the All-China Committee of the People’s Political Consultative Council of China - in many ways a decorative body responsible for the work of the Communist Party with trade unions and small political parties. After the first fall, Lin Jihua, according to the WFB, began to transfer secret materials (about 2,7 thousand files) to Lin Wancheng. The purpose of the operation was to get a tool of pressure on the PRC leader Xi Jinping, who began the anti-corruption campaign. In July, 2015, Lin Jihua was arrested, and his brother began to actively cooperate with US intelligence agencies — probably so that the Chinese would not have him extradited.

To date, according to FT sources, Lin Wancheng has managed to transmit information about the decision-making procedure on the use of nuclear weapons, measures to ensure the safety of the country's top officials and their personal lives, as well as on the internal structure of the Zhongnanhai government residence. The WFB admits that the defector could have passed "nuclear missile launch codes" to the Americans.

According to Vasily Kashin, senior researcher at the Institute of Far Eastern Studies of the Russian Academy of Sciences, Lin Wancheng could very well receive top secret information from his brother. “I doubt that he had missile launch codes, but in the office of the CPC Central Committee information is being collected on all personnel and management issues,” explained Kommersant’s expert. “There could also be information on the procedure for deciding on the use of nuclear weapons.” According to the Kommersant interlocutor, this story may give Xi Jinping a reason to intensify the campaign for the "nationalization of elites", within the framework of which there is a struggle with officials who have real estate and capital abroad.

"The problem of Lin Wancheng" Chinese authorities have tried to solve for a long time. “Back in the spring of 2015, before the charges were filed, Lin Jihua, the United States planned to visit Wang Qishan, head of the Chinese anti-corruption agency,” Andrei Karneev, deputy director of the Institute of Asia and Africa at MSU, told Kommersant. Most likely, they wanted to discuss Lin’s extradition Wancheng, because the information that his brother is handing him the documents was long ago. The meeting did not take place, apparently, the parties did not agree. FT and WFB also claim that Chinese intelligence agencies tried to steal or kill Lin Wancheng, but to no avail. Now he is under special protection.

Ling Jihua is accused not only of corruption, violation of party discipline and sexual crimes. He was also one of the comrades-in-arms of former PRC Secretary-General Hu Jintao and one of the members of the "Shanxi Province Clique" who opposed the nomination of Xi Jinping for the post of general secretary. "He was directly associated with other major victims of the anti-corruption campaign, Zhou Yongkang and Bo Xilai," said Andrei Karneyev. Together with Xu Caihow, they were united by the PRC state press into a "new gang of four" - by analogy with a group of communist leaders who opposed the reform of Deng Xiaoping in the late 1970. Thus, the “new gang of four” was declared not only by the corrupt officials, but also by the enemies of the course of the new general secretary.

Ctrl Enter
Noticed oshЫbku Highlight text and press. Ctrl + Enter
We are
Financial and political secrets of Oleg Pyagnibok and Vitaly KlitschkoThe death of the elder brother. The lessons of the crises China teaches very carefully
81 comment
Information
Dear reader, to leave comments on the publication, you must to register.