February 4 2016
368
The European Parliament, whose individual representatives “inspected” Crimea the other day, was delivered by the expected resolution. The resolution states that “the occupation authorities violate the fundamental rights of the inhabitants of the peninsula”. At the same time, in the “document” the European parliamentarians “strongly urge Russia to abandon the annexation of the Crimea.” Such a European resolution caused stormy delight in Ukraine. 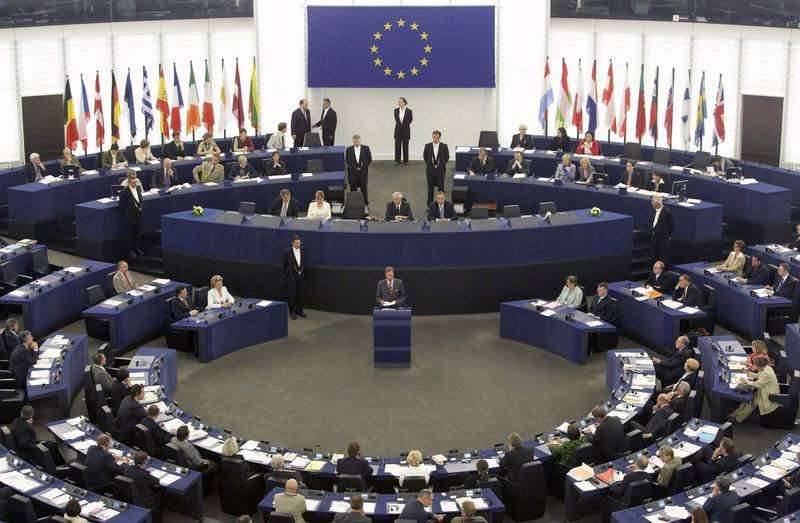 "Violation of the fundamental rights of the inhabitants of the peninsula" deputies of the European Parliament, apparently, turned into a frank political ridicule, called disabling broadcast Ukrainian TV channels, as well as "the persecution of Ukrainian activists." At the same time, the European Parliament strangely does not notice the shutdown of Russian TV channels in Ukraine (taking into account the fact that the majority of Ukrainian citizens use the Russian language for communication) and the actual squeezing out of the media information space, which are not inclined to support Maidan propaganda. In addition, the European Parliament ignored the persecution by Kiev of activists advocating the federalization of Ukraine.

In the final part of the resolution, the European parliamentarians announced that the sanctions against Russia would be lifted only after the “return of Crimea to Ukraine”. And nothing more MEP can not wrap? ..

The statement of the highly cheering Eurocrats Foreign Ministry of Ukraine leads UNIAN:
We confirm the facts stated in the resolution and share the deep concern of the European Parliament about the unprecedentedly critical situation with respect for human rights on the peninsula, systemic attacks of the Russian occupation authorities on the fundamental rights and freedoms of all those who disagree with its policies, primarily the Crimean Tatars and ethnic Ukrainians, the suppression of any democratic manifestations and freedoms in Crimea, including the cessation of the functioning of free media.

In general, the overall impression is that the resolution on the Crimea was written long before Eurocrats decided to visit the peninsula.

Ctrl Enter
Noticed oshЫbku Highlight text and press. Ctrl + Enter
We are
368 comments
Information
Dear reader, to leave comments on the publication, you must to register.