February 5 2016
13
3 February, Japanese Defense Minister Gen Nakatani announced that they had been ordered to knock down a launch vehicle that North Korea intends to launch in the coming days. For these purposes, the Patriot anti-aircraft missile systems were deployed at the military bases of the country. In fairness it should be noted that the Japanese military promised to shoot down a rocket only if she or her fragments would threaten the country. Since unpleasant incidents with North Korean missiles have happened before, this remark was not at all superfluous. Officially, it was announced that the SM-3 anti-missile missiles, which are part of the URO destroyers arsenal, are set on alert. This rocket is the most long-range means of countering the aerospace attack that Tokyo has. Moreover, it is planned to jointly test with the Americans in the Hawaiian Islands a new version of the anti-missile SM-3 Block IIA with a range of 2500 km. 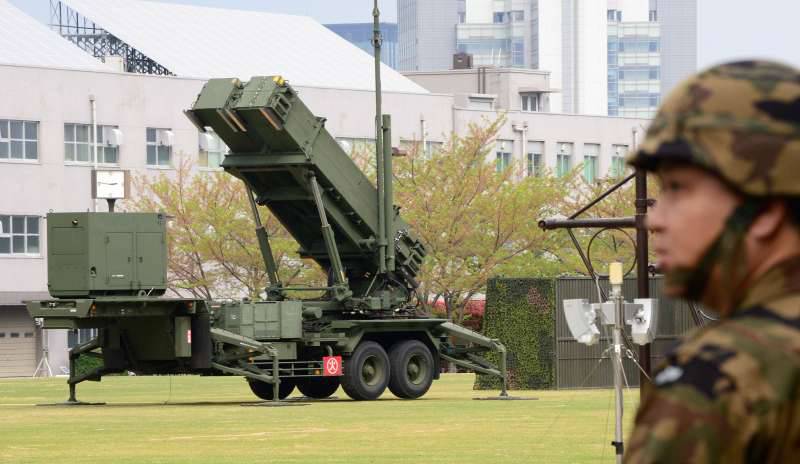 If the North Korean rocket is still brought down by the Self-Defense Forces, then this, in fact, will be the first case of a direct military confrontation between the two countries from 2001, when a naval battle took place near the Amami-Osumi islands. The DPRK's geography is such that a rocket taking off with a satellite or warhead will certainly fly either over China or over Japan, which, naturally, does not please the above-mentioned countries, where they are well aware of the questionable quality of North Korean rocket technology.

In fact, the anxiety of the Japanese is understandable, since Tokyo has long had problems with covering its own not only outer space, but also airspace. They can not be called critical, but they definitely are. For example, several years ago, the F-4 fighter jets began to be actively discarded in order to replace them with about three times less F-35 Lightning II. Although there are many claims to the F-35 in the United States itself, Americans are not able to offer anything more modern: the newest F-22 still does not sell, but the Japanese do not want to acquire the F / A-18 Hornet themselves. Of course, the Land of the Rising Sun also leads its own development of a new generation fighter (Mitsubishi ATD-X), but as a rule, it takes about ten years from a prototype to a full-fledged fighter.

Also during the Great East Japan Earthquake, from the 12 to 20 F-2 fighters, the Japanese version of the American F-16, were destroyed. We still haven’t succeeded in replacing them: for this we need to restore production lines that have long been destroyed. So it is possible that the Japanese will also begin to glance toward the F / A-18 Hornet, as Canada and Taiwan are already doing.

The Japanese own defense programs are developing quite slowly, and it is often easier to buy from the Americans. In particular, according to media reports, the assembly of the first F-35 fighter and V-22 convertiplanes has already begun at the factories of Texas and Florida. Also placed orders for an additional 40 UH-60 helicopters for deck aviation large helicopter carriers "Izumo" and "Kaga" and AWACS E-2 Hawkeye aircraft. In general, the Self-Defense Forces do not make a secret of their new strategy: the aviation and navy must become not only more powerful, but also faster in order to ensure the "rapid return of the islands captured by the enemy." Obviously, the main resource in today's difficult international situation is time. If not to develop your own, it would be logical to buy the best abroad.

Now about any air confrontation between Pyongyang and Tokyo can not speak. The technological difference between enemy aviation is not even one, but two or three generations, if not more. In the event of a direct conflict, the North Korean air forces will be crushed over the Sea of ​​Japan. The hopelessly outdated fleet of northerners, consisting mainly of MiG-19, MiG-21 and MiG-23, simply will not be able to fight back the enemy so advanced. The only thing that really worries the General Staff of Japan is that Beijing can provide extensive military-technical assistance to the DPRK. For obvious reasons, the South Koreans are also concerned.

However, now China is unlikely to actively help its northeastern ally for three main reasons. First, a large-scale military reorganization is under way in the PRC, and it takes time and considerable time to complete it. Secondly, the election results in Taiwan frankly unsuccessful for Beijing divert forces to the south. Third, the endless blackmail, provocations and exorbitant inquiries of the DPRK seem to bore the Chinese ruling elite. It bothers so much that the satellite, apparently, is ready to simply surrender, provided that the Allies will get a victory at a higher price, and China, therefore, will receive a respite of several years.

Returning to the relations of Japan and the DPRK, it is safe to say that the launch of the rocket will only strengthen in the Japanese ruling circles the positions of those who call for the rejection of the ninth article of the Constitution and the creation of full-fledged armed forces. It is unlikely that Kim Jong-un hoped for such an effect, but the process has already been launched. The recent high-profile arrest in Tokyo of North Korean intelligence officer Pak Jae-yong is also called upon to sway Japanese society towards drastic security changes. If this happens, the consequences will soon be felt by the entire region.