The Armed Forces General Staff published a report on the events in the Debaltsevsky cauldron: "The Ukrainian army stopped the Russian Armed Forces, advancing on Kharkov"

Not without a statement that the Ukrainian army opposed the "armed forces of the Russian Federation." The material of the Ukrainian General Staff states that “Russian-terrorist troops” (a term written by the Maidan “experts”) planned after the fighting near the city of Debaltseve to break through to Artyomovsk, and then, no less, to take Kharkov. “Take Kharkov”, as it turns out, was hampered by two factors: “the persistent defense of the fighters of the Ukrainian army” and “depletion of the enemy’s forces”. This statement alone makes it possible to perceive the report of Mr. Muzhenko’s department as a fantastic piece of literature from the category of works of an absurdist writer. 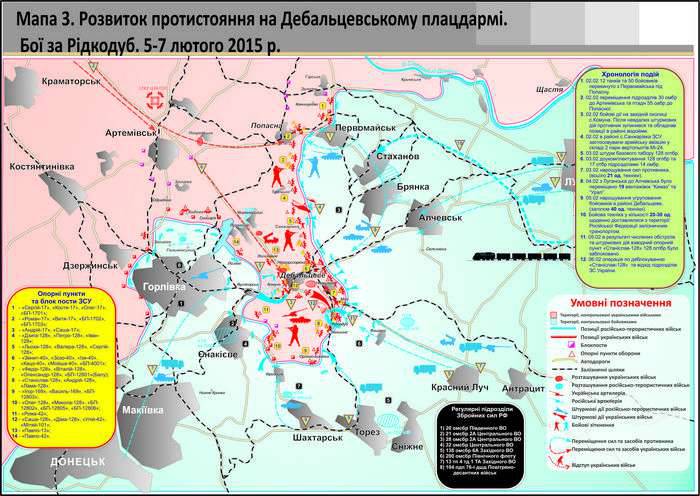 Of material:
At a time when the enemy had concentrated the maximum amount of forces and means in the Debaltseve area, the 57-th separate motorized infantry brigade was assigned the task of conducting assault actions and taking Gorlovka. But the team has not budged.

The personnel of the combined detachment of the 3-th and 8-th separate special forces regiments, which were supposed to ensure the withdrawal of units from the Debaltsevo area, as a result of physical and moral exhaustion refused to perform the tasks, independently changing them and leaving without orders to safe areas.

So who was more "exhausted": the Ukrainian army or the enemy? ..

As an intermediate output GSU VSU:
When it became clear that it was impossible to keep Debaltseve, it was decided to move the units to safe areas. During the Debaltsev operation, for the first time a large number of troops were withdrawn from enemy attacks.

Ctrl Enter
Noticed oshЫbku Highlight text and press. Ctrl + Enter
We are
Reports from the militia of New Russia for 1 September 2014 of the year
117 comments
Information
Dear reader, to leave comments on the publication, you must to register.