The results of the Levada Center poll: “Russians are lonely, aggressive, touchy and trust only Belarusians”

February 5 2016
108
Experts from the Levada Center, a public opinion research platform, conducted a survey among 2400 Russians aged 18 for their perceptions of certain foreign countries. The list of countries, the attitude to which was offered to comment on the participants of the sociological research, is as follows: United States of America, Ukraine, countries of the European Union (all together), China, Israel and the Republic of Belarus. In the report Levada Center It publishes not only the results of a fresh survey, but also makes it possible to compare these data with data from previous similar surveys.


The absolute leader of anti-rating, if we talk about the results of the survey, became the United States. 65% of respondents called their attitude to the States "bad" and "very bad." In second place in terms of negativity on the part of the Russians surveyed is Ukraine. The final report of the Levada Center states that 59% of respondents said that Ukraine had a bad and very bad perception. The top three of anti-rankings, only 1% behind Ukraine, close the countries of the European Union.
It should be noted that the percentage of negative attitudes of Russians towards the United States, Ukraine and the EU has changed in some way, if we talk about comparison with other polls arranged by the same center for studying public opinion. In January, 2014 of the year (before the “peremoga” of Maidan), 44% of Russians negatively treated the USA The peak of the negative came in January of 2015, when Levada Center published data on 81% of the country's citizens who said that their perception of the United States was either bad or very bad.

In January, 2014 was negative for Ukraine, no more than 26% were expressed, and the peak was again for January 2015 (64%). In the same January, 2015 was marked by the most negative attitude of the inhabitants of Russia in relation to the European Union. Levada Center estimates 71%.
That is, if you believe the results of the fresh poll, the level of negativity in Russian society towards the USA, Ukraine and the EU has slightly decreased in comparison with the 2015 year. In principle, this is understandable if only because many Russians are simply tired of the negative information that is actually permanently associated with such “friends” states as the same States, Ukraine and the EU states. Many representatives of the Russian public today believe that one can declare one’s own negative attitude towards one country or another, but still it is much more productive to express one’s position in a work aimed at creation and, moreover, to contribute to development (as far as possible) the country's economy, protecting the national interests of Russia. Nothing special and not necessary - everyone just has to do his job, be in his place and remember both his rights and obligations.

How did the Russians surveyed by the Levada Center rate their perception of China, Israel and Belarus? Here, positive ratings prevail. Brothers-Belarusians became the leader of the rating of a positive attitude - 81% of respondents called the perception of the Republic of Belarus very good or “mostly good”. Rating numbers here have remained almost unchanged during all recent surveys, starting with the 2014 year. About 60% of Russians are positive about Israel. And here, too, rating stability. Positive attitude towards the People's Republic of China - second after the “rating” of Belarus - 72%.

In addition to the questions of perception of foreign countries, the study included other issues. So, respondents were asked how, in their opinion, most of the “developed countries of the world” perceive Russia? In the first place was the answer: "As a competitor" (42%), in the second - "They are treated as an enemy" (30%). 5% of respondents said that they did not pay special attention to Russia, while 4% thought that developed countries consider Russia a friend.

And here the question arises already to the authors of a sociological research from the Levada Center: which countries today should be considered “developed”? Are we talking about economically developed powers or about the degree of development of adequate thinking of foreign politicians? Should the United States be considered a developed country, if at a briefing the official representative of the White House states that the presidential administration shares the opinion of a certain grayish official from the US Treasury about “Vladimir Putin’s many billions and corruption” ... Does the US consider it an economically developed state? of this state, the record debt in terms of volume - exceeded for 18,5 trillion. dollars, and if every citizen of the United States turned into a hopeless debtor? Whether a developed US state, if it is under far-fetched pretexts, invades foreign countries and, in fact, by terrorist methods, either turns these countries into hotbeds of extremism, or simply tears it to pieces (as is the case with Yugoslavia) ...

Is the developed state Britain, whose authorities exploit cinema fakes about Russia for the sole purpose of satisfying US demands for containing the Russian Federation? Frankly speaking, the development of these and a number of other states with similar "achievements" looks very doubtful.

Well, in the repertoire of "Levada Center" was an additional publication that recently the number of Russians falling into depression, reached a record. You see, those around you have become more aggressive, more touchy and envious. In addition, we (the Russians), it turns out, have become more tired, have a feeling of confusion and loneliness. That's it ... 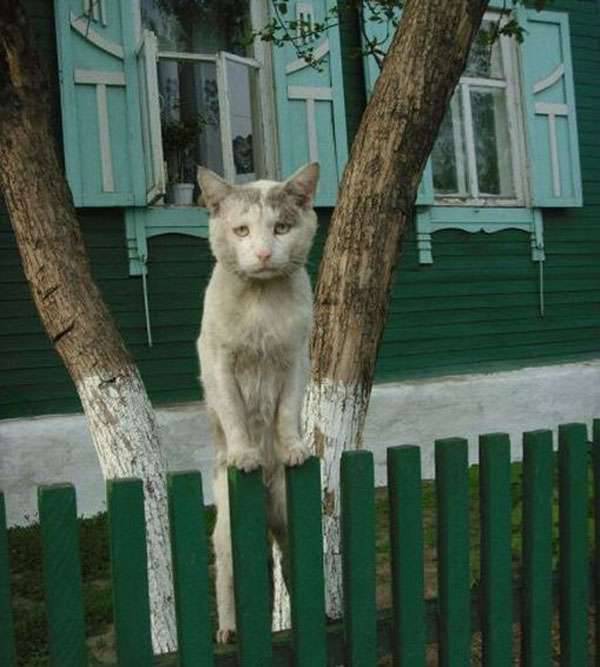 Apparently, the experts of this center lead us to the “conclusion” that, together with the Belarusians, we were “torn to pieces and isolated” by the very “developed states of the world”.

Ctrl Enter
Noticed oshЫbku Highlight text and press. Ctrl + Enter
We are
Russian-Belarusian border reflectionsSituational analysis of the death of the MH17 flight (Malaysian Boeing 777), made on the basis of engineering analysis from 15.08.2014
108 comments
Information
Dear reader, to leave comments on the publication, you must to register.