February 4 2016
72
Ukrainian people's deputies approved the decree №3854, which says about the renaming of several cities of Ukraine in connection with the law on "decommunization". 230 people from 340 registered at the session (official report) voted for the renaming, although at the time of voting there were no more than 200 in the hall. 1 area, 5 cities and as many 169 villages and towns fall under the renaming. This is reported by the portal. UNIAN. 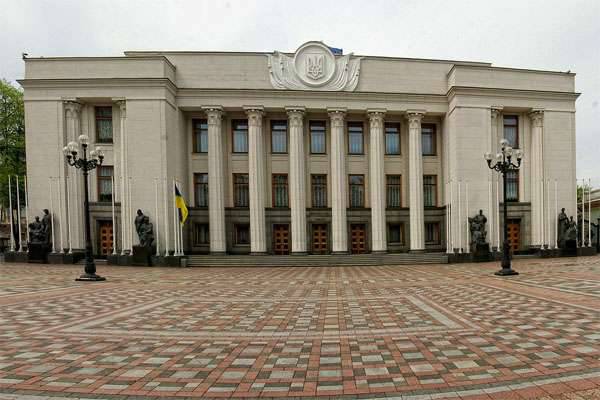 The document states that the city of Chervonozavodskoye, Poltava region will henceforth be called Zavodskoy, Odessa Ilyichevsk — the city of Chernomorsk (the fictional city from Ilf and Petrov’s Golden Calf becomes quite real outlines by the creative forces of the Maidan authorities). In addition, the Donetsk cities of Krasny Liman, Artyomovsk and Dzerzhinsk turn into Liman, Toretsk and Bakhmut respectively.

Lugansk Pervomaisk (Svatovsky district), when renamed, was turned into the settlement Mayskoye, and the Transcarpathian Komsomolsk of the Tyachiv District became a village German Wet. Will Ukraine itself be renamed as a creative impulse? American Tarnished- deputies of VRU do not report.

A full list of new names for Ukrainian settlements is being prepared for publication on the official website of the Verkhovna Rada of Ukraine. Two deputies voted against the renaming - extra-fractional deputy Yakov Bezbakh and Yevgeny Balitsky, representing the Opposition Bloc. By the way, Yevgeny Balitsky became the sole representative of the faction of the Opposition Bloc, who took part in the voting - the rest refused to vote on this issue.

Ctrl Enter
Noticed oshЫbku Highlight text and press. Ctrl + Enter
We are
Reports from the militia of New Russia for 13-14 September 2014 of the yearZRK C-200 rust in the woods near Moscow
72 comments
Information
Dear reader, to leave comments on the publication, you must to register.