Who destroys the Russian industry. State Duma Deputy Leonid Kalashnikov about the defeat of the Volga engineering plant

February 5 2016
285
Precision machines, which in the whole of Russia are just a few, were removed from the spot without following the rules, just to be quick. Volumes of documentation - a real treasure trove of unique technologies - were piled in trash bales. Something in order to accelerate all flew through the windows in front of Togliatti people passing by. The pogrom took place during the New Year holidays and was not yet completed when Vladimir Putin signed an extremely important document for Tolyatti - “List of instructions on the results of testing the effectiveness of measures to accelerate import substitution processes in the automotive industry.” Each item of it puts out of the state interests of Russia many actions of the current leadership of AvtoVAZ OJSC, including the liquidation of related enterprises. 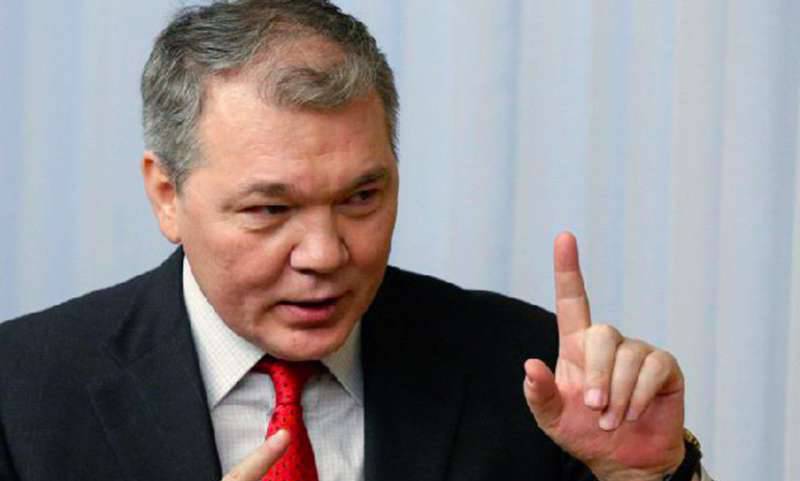 Of course, the destruction of the VMP was justified by its non-core and unprofitableness. If someone does not know, Andersson (president of AvtoVAZ - ed.) Explains all his actions with these terms from the moment he arrived in Togliatti. If earlier it somehow “rolled”, then in the case of such a unique enterprise it can convince only the hottest fans of the talents of the Swedish manager. And what, it is interesting, opinions about Vyksa were other foreign experts? “VMZ is like a big modern supermarket where you can buy everything you want!” I have not seen in the world of factories with such a huge range of products ”- the words of Akira Sakurai, Vice President of Nissan Motor Co., Ltd.

You can understand it - complete shops of modern equipment, providing a full production cycle of high-precision products, including machines and robots of their own design and the most different specialization. In addition to the orders of AvtoVAZ, the Volzhsky Machine-Building Plant fulfilled the orders of a number of domestic enterprises. I did it until I became part of the car factory again in 2014. Unprofitable, speak? In 2015, VMZ could make a profit of more than eight billion rubles. But he did not receive it solely at the behest of the VAZ authorities, who rejected orders as “non-core”.

Here it is important to know which customers Andersson called non-core. The termination of the release of VSW of just one nomenclature of parts - roller-screw transmission caused problems and dependence on foreign suppliers in the enterprises of the automotive industry, aircraft manufacturing, nuclear energy, and, most importantly, the military-industrial complex. And such strategically important parts and assemblies VMP produced dozens of items!

At the end of 2015, one of the leading organizations of Rostec State Corporation - Tekhnodinamika JSC sent a letter to the AvtoVAZ management, which tried to prevent the ruin of VMZ. Interaction with the Togliatti plant allowed AO to create a promising aviation and space technology. Now, of course, not a war, but Russia is in confrontation with a bloc of powers unfriendly to us. With one hand, the country, for once, is conducting an independent foreign policy worthy of its status. And another invites a foreign citizen, who began to destroy its defenses. What else can you expect from him?

Are machine tools and mechanical engineering really not needed at all in our country ?! But in the 2011 year, while in Tolyatti, President Putin said: “I consider it necessary to pay special attention to the development of the domestic machine tool industry. Machine tool manufacturing is an industry that provides all the strategic areas of the engineering and defense industry. ” And the signing by Vladimir Vladimirovich of the aforementioned “List of Instructions” makes it clear that the auto industry and related industries are an important part of the development line of the Russian Federation. That's just without the capabilities of Vyksa, this important part becomes vanishingly small. Only one-fifth of the equipment uprooted from the plant’s workshops will be installed at AVTOVAZ. Everything else is transported to an open area, allegedly for sale. But any expert will say that several weeks of spending the night in the open air means certain death for such a technique.

The VSW team was an elite cadre of mechanical engineering - now, after firing, these literally golden people, instead of fulfilling orders for the needs of the defense, automotive, aerospace and aviation, will engage in handicrafts in the garages. The important component of AVTOVAZ was destroyed, the economy of the whole city was undermined, the base was broken out from under the whole branches of the Russian industry. A rare opportunity to provide import substitution at the level of its own engineering and its own high-tech products has been missed. Major Andersson and not such a shoulder ...

Ctrl Enter
Noticed oshЫbku Highlight text and press. Ctrl + Enter
We are
“Just clowns in our market”List of destroyed the largest and most high-tech enterprises
285 comments
Information
Dear reader, to leave comments on the publication, you must to register.