Grigory Petrovsky - Bolshevik from the “Union of struggle”

February 8 2016
11
In Dnepropetrovsk, a monument to Grigory Petrovsky destroyed. What deserved such honor the first head of the Soviet Ukraine? 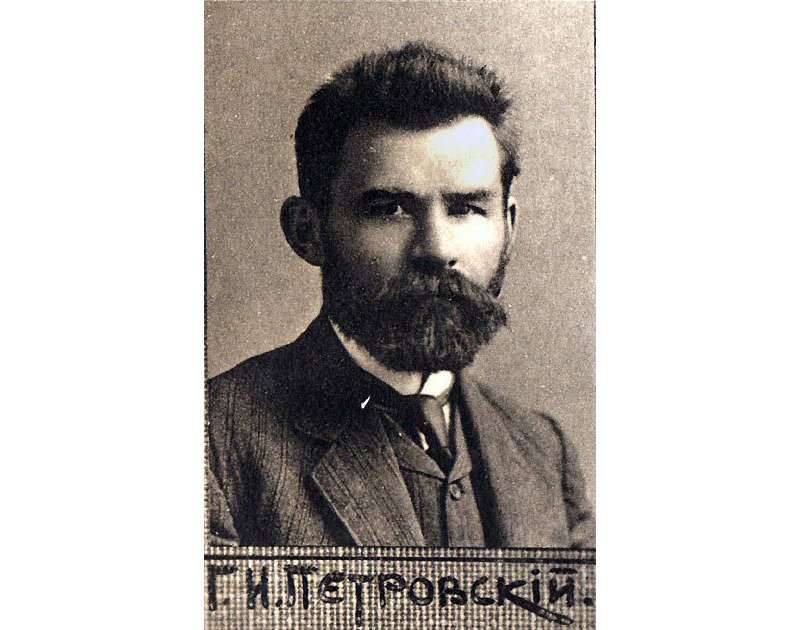 In Ukraine, the process of renaming geographic toponyms, whose names are of communist origin, is gaining momentum due to the package of de-communization laws, which came into force on May 21 of May 2015.

In particular, it took the renaming of the center of the Dnieper agglomeration, the fourth largest city in Ukraine, Dnepropetrovsk. Not everyone now knows that the city received this name in honor of the prominent Soviet party and state leader Grigory Petrovsky. What was the person who actually stood at the origins of Soviet Ukraine? As an answer, we will try to give at least a brief essay about it.

The initial pages of the biography of Petrovsky are quite similar to the biographies of many Bolsheviks. He was born on January 23 (February 4) of the year 1878 in the village of Pechenga, Volchansky district, Kharkiv province, in the family of a tailor and a washerwoman. At the age of three years, lost his father. For two and a half years he studied at the school at the Kharkov Theological Seminary, but was later excluded as having no opportunity to pay for his studies and obtained the necessary knowledge for the rest of his life solely through self-education.

At the age of 12, he began working in the forge workshop of the Kursk-Kharkiv-Sevastopol Railway, but was dismissed as a minor.

In 1892, he moved to his brother in Yekaterinoslav, where he got a job in telegraph railway workshops. A serious advantage of the new workplace was the lack of fees for apprenticeship. In the summer of 1893, I managed to get a job at the tool shop of the bridge workshop of the Bryansk plant.
At that time, Yekaterinoslav had already become one of the main industrial centers of Russia, and the situation of the workers at the enterprises was quite difficult: the complete lack of labor protection in combination with low pay. It is not surprising that since the nineteenth century 80, revolutionary working organizations have existed in the city. At the Bryansk plant, a social democratic circle appeared in 1894, although at first Petrovsky did not participate in its work. 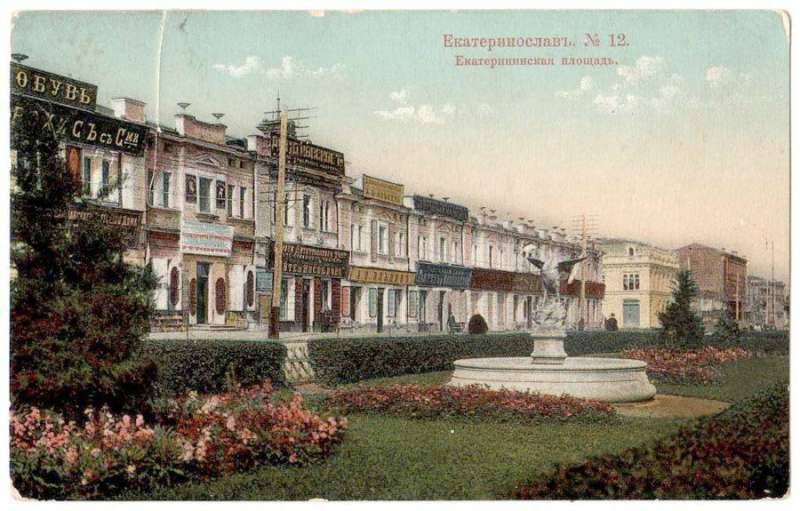 The situation changed in the spring of 1897 after his acquaintance with Ivan Babushkin, who had been sent to Yekaterinoslav for revolutionary activities, who had created an office in the city of the “Union of struggle for the liberation of the working class”. Petrovsky joined the revolutionary agitation, the release of various leaflets and leaflets. A year later, he himself organized working circles in the workers' villages of Kaydaki, Factory and Chechelovka.

By 1 May 1899, Petrovsky organized the printing of leaflets in a typographical way. The police began to collect information about his activities, but could not arrest him due to the lack of direct evidence. Nevertheless, it became dangerous to remain in Yekaterinoslav, and numerous journeys began. For six months Petrovsky worked at the Kharkov Locomotive Plant, then in the machine shop of the Black Sea Plant in Nikolaev, where in early May 1900, he led the workers' strike, after which he was arrested and expelled from the city.

He returned to Yekaterinoslav, settled at the Ezau plant and re-engaged in revolutionary activities, but he was soon arrested and placed first in Yekaterinoslav, and then in the Poltava prison, where he contracted tuberculosis and was released on bail of 100 rubles (money raised by workers of the Bryansk plant ). 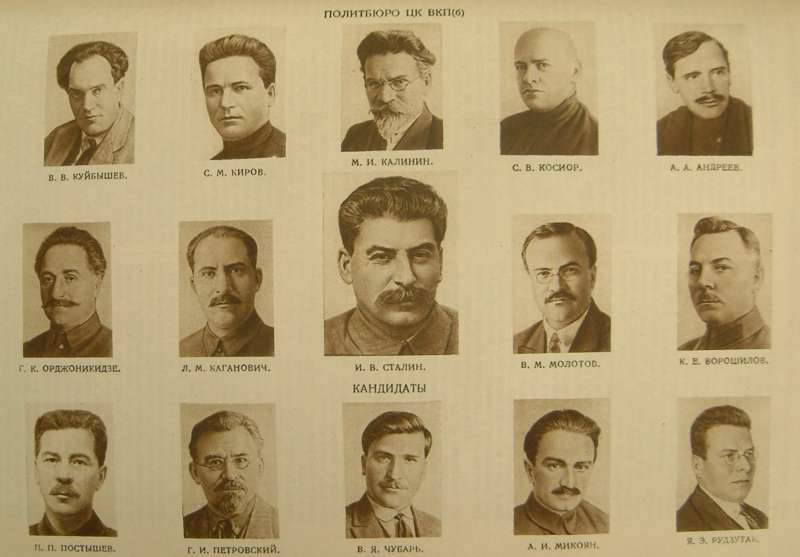 In October, 1905, Petrovsky became one of the organizers of the Ekaterinoslav Council. Under his leadership, during the First Russian Revolution, fighting squads were formed in Chechelove and Kaydaki, but, as in other Russian regions, the uprising was suppressed.

October 18 1912 Petrovsky at the Yekaterinoslav provincial assembly of electors was elected deputy of the 4th State Duma from the workers' curia. In parliament, he advocated the opening of schools with teaching in the Ukrainian language, the admission of the use of the Ukrainian language in administrative institutions and courts in the regions with a predominantly Ukrainian population, and the freedom of activity of Ukrainian cultural and educational societies.

22 April 1914 of the year, along with other Bolshevik deputies, was expelled from the State Duma. After completing his parliamentary activities, Grigori Petrovsky again joined the propaganda of social democratic ideas among the workers, but on November 6 1914 was arrested and, like Stalin, exiled to Turukhansk region, from where in 1916 he was transferred to Yeniseisk city.

After the February Revolution in July 1917, Petrovsky returned to Yekaterinoslav and in September was elected chairman of the Bolshevik faction of the city Duma. After the October Revolution, became the second Commissar of Internal Affairs of the RSFSR, participated in the negotiations on the conclusion of the Brest Peace. 5 September 1918 signed, along with other ambiguous resolution "On Red Terror".

November 28 Petrovsky’s 1918 was elected chairman of the All-Ukrainian CEC. He held this responsible position until 1938. It was he who from Ukraine signed the Treaty on the formation of the USSR, since he completely rejected the idea of ​​the Ukrainian national-communists to create an independent Ukrainian Soviet state. During the discussion on the draft Constitution of the USSR held in 1923, he supported the draft of Stalin on the autonomy of the independent Soviet republics in the RSFSR and spoke out against building a union state based on confederative principles.

In 1932, Petrovsky was appointed responsible for the implementation of grain procurements in the Donetsk region, which subsequently gave “independent” historians a reason to write him into the ranks of the Holodomor organizers and conductors of the “Great Russian imperial ideology”.

Gregory Petrovsky escaped pre-war repression, but they did not pass his sons. The elder was shot without a court on 11 on September 1941 of the year, the youngest - Leonid - in 1938 was dismissed from the post of deputy commander of the Moscow Military District and until August 1940 was under investigation by the NKVD. November 28 restored to the rank and returned to the Red Army. As commander of the 63 Infantry Corps, he died in battle on August 17 of the year 1941. His combat biography is a topic for a separate article. 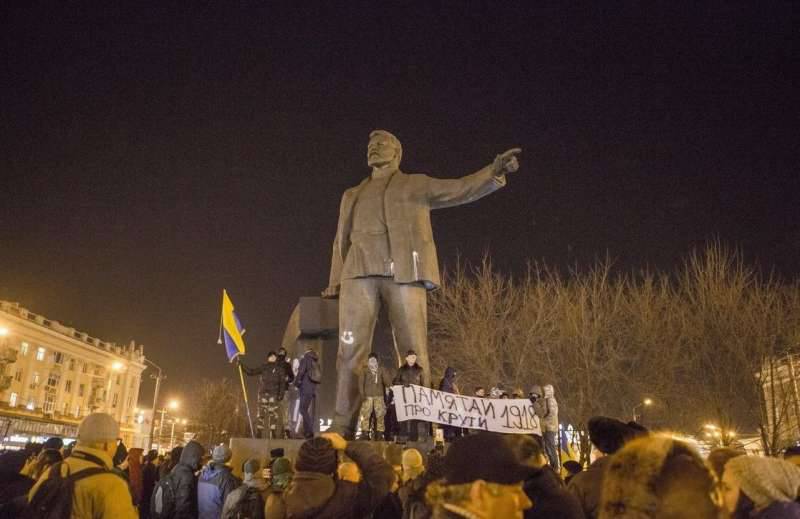 After the dismissal of the post of CEC chairman, Petrovsky worked at the Museum of the Revolution. Died 9 January 1958 of the year. He was buried in Moscow near the Kremlin wall.

The name of Petrovsky was repeatedly immortalized in Soviet Ukraine. Back in 1926, Yekaterinoslav was renamed to Dnipropetrovsk, and in 1959, the settlement of Shterovsky Plant was renamed Petrovskoye (now it is under the control of the Lugansk People’s Republic).

It is curious that after the Twentieth Congress (Petrovsky participated in its work), when it was decided not to name the city in honor of the well-established politicians, they did not rename Dnepropetrovsk. The name of the city on the Dnieper sounded too organic, familiar.

29 January 2016, the Ukrainian nationalists in Dnepropetrovsk demolished a monument to the first chairman of the All-Ukrainian CEC. Renaming the city has not yet taken place. Stories it was necessary to dispose of that the memory of a prominent Ukrainian politician was destroyed by people speaking the language whose teaching in schools Petrovsky defended while being a deputy of the Fourth State Duma.