Stratfor: the Union of Germany and Russia is afraid not only of the USA, but also of Europe 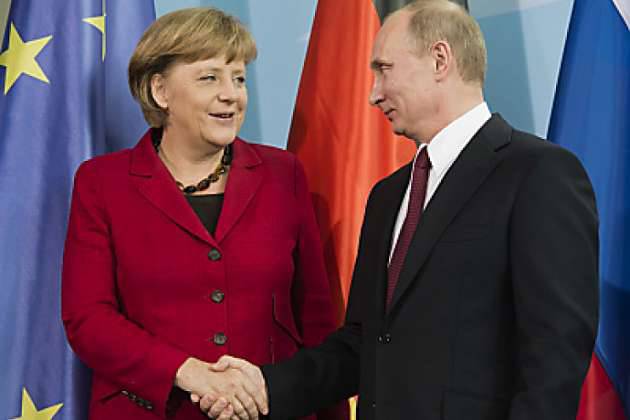 DWN: What role does Angela Merkel play in the European crisis?

The personality of Merkel is not decisive. Germany is one of the largest exporting countries in the world. About 50% of its exports are targeted at eurozone countries. Here, Germany is faced with a decisive question: does it want to take responsibility for Europe or does it want to be dependent on it?

DWN: The welfare of Germany depends on high export performance to developing countries. What happens if they crash after the US Federal Reserve drastically raises financing rates?

The US Central Bank is guaranteed not to sharply raise rates. Germany has a completely different problem. Any politico-economic changes in the eurozone could adversely affect Germany. The country is very vulnerable.

DWN: It seems that Europe is regressing. Do you think so too?

Europe is at the stage of institutional disintegration. In Europe, each step is decided by individual countries. Every day we have less Europe and more nations.

DWN: Which countries in the world are going up?

In Europe, it is Poland. The country has already gained tremendous influence in the region. Then there is Turkey, which is also on the rise and uncompromisingly realizes its ambitions. The third country is Japan. I will name those that are rolling down: China, Russia and Germany.

The Germans still live by national myths about diligent workers and workaholics. In this case, the Greeks during the financial crisis were exposed as lazy people refusing to work. However, Germany is highly dependent on its export markets, and not on the domestic market. When markets are lost, the German economy looks worse.

DWN: What are the long-term consequences of the migration crisis in Europe?

There is no refugee crisis. There is no functioning decision-making process in Europe that deals with the topic of refugees and finds solutions. 508 million people live in the EU. The number of refugees is approximately 1,5 million.

DWN: There are wars in Ukraine, in Libya and Syria. Should we be afraid of conflicts in the center of Europe?

The war in the center of Europe means France against Germany, but this is impossible. There is another problem. We see that more and more regions are trying to split off from the states. These include Catalonia, Scotland, the Belgian regions of Wallonia and Flanders. It is worth noting that there is no moral reason to prevent the separation of Catalonia. When the Catalans say that we want to defend their borders, no one can forbid them to do this.

DWN: What is the future of Muslim Europe in connection with terrorist attacks?

All modern terrorists are Muslims, but not all Muslims are terrorists. Europe invited them over to get cheap labor. In Germany, Muslims were identified in the ghetto, and this was called multiculturalism. ... Remember, a century ago, Irish Catholics were exhibited drunkards in the United States, discriminated against and excluded from society. All this is over.

DWN: Will the Muslims of Europe expect the same fate as the Bosnian?

It is quite possible. The tradition of discriminating outsiders is rooted in Europe.

DWN: Russia, according to the US Congress, is spreading influence on parties and movements in Europe ...

Of course, we want to know what Russians are doing in Germany. But parties such as the National Front would have existed without Russian intervention. If Moscow finances them, then it accelerates the rise of such parties. But the trend continues.

DWN: Are Americans afraid that the anti-NATO parties will set the tone in the EU countries?

For the United States, NATO is more of a political option than a military option. When military interventions are held, we talk to each member of the coalition separately. No NATO has its own decision making powers.

DWN: In one of the speeches in Chicago at the Council on Foreign Relations (CFR), you said that the US goal is to prevent Germany’s alliance with Russia. Do you think the USA has succeeded in achieving such success in the 21st century?

Not only the United States wants to stop the Russian-German alliance. There is not a single country in Europe supporting such an alliance. Poland and France, for example, are violent opponents of such a union. The rapprochement of Russia and Germany - the horror and fear for Europe.

Ctrl Enter
Noticed oshЫbku Highlight text and press. Ctrl + Enter
We are
Returning to the future of the FedRockefeller and Rothschild "Big Game" - in the light and in the shadow
60 comments
Information
Dear reader, to leave comments on the publication, you must to register.