February 4 2016
78
Against the background of the report of the Ministry of Finance and the Ministry of Defense of Ukraine that in 2015, more than 110 billion UAH was spent on the modernization and re-equipment of the Ukrainian army. (equivalent to about 330 billion Russian rubles at the current rate), the political elite of Ukraine told about the introduction of "new types of military equipment" and "financing the latest developments in the defense sector." The report of the main military department "Square" refers to the 18-ti "new models of military equipment", entered into service with the army of Ukraine. After reviewing these indicators, President Poroshenko said he was satisfied with the success, and immediately offered to develop success ...

It is noteworthy that at the meeting of the National Security Council, which was attended by the ukropresident, despite the announced secrecy of the event, there was a "leak" of information. Apparently, the Ukrainian partners decided to follow the example of the Russian authorities in the sense that a “leak” about new developments should be organized at the very moment when the largest number of journalists are in the meeting room ... In the staff of the main TV channels of the Russian Federation, not so long ago appeared as a drawing of the newest torpedo capable of carrying a nuclear charge, and Kiev decided not to lag behind ... "Leak" from the NSDC session speaks of the "newest super-weapon" of Ukraine, which "is capable of overcoming any anti-aircraft and anti-missile defense ".

Poroshenko entered into a state of euphoria so much that he declared the ability of Neptune’s missiles to overcome the zone of defense of the C-400 complexes.
Of course, it is possible to be ironic about the statements made during the meeting of the NSDC over Poroshenko’s speeches about “overcoming any iron domes”, but it’s better to turn to what is in practice. But in fact - the statement of the Ministry of Defense of Ukraine that the new complexes will go into service with the army of Ukraine this year. Will such deliveries be made in reality, or is it something from the category of "the submarine fleet of Ukraine must become the elite of the country's naval forces"? The answer to this question lies in the possibilities of the Ukrainian defense industry.

The Ukrainian defense industry has the ability to create high-performance cruise missiles, in fact, there are. Everything depends on the funding and the availability of individual components. There were obvious problems with financing, and also with contacts on the supply of electronic filling, too. Despite the fact that Ukraine did not have capacity for the production of cruise missiles, 10 years ago in Kiev seriously decided to overcome this problem. Received the first funding for these needs, and the process went. The work on the creation of the Borysfen operational tactical missile system (OTRK), which had been in a state of fainting since the 90-s, was reanimated. The work eventually resulted in the design of a multifunctional OTRK "Sapsan", which was conducted on the basis of the company "Southern". From the announced characteristics of the MF OTRK Sapsan, which became a kind of continuation of the “unborn” Borysfen, from 2010: 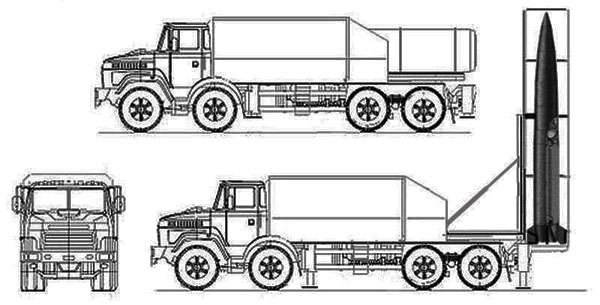 In the 2012 year, when the project received the last tranches of funding, it was announced that the work was planned to be completed in the 2016 year. However, it was the funding stop that interrupted all types of project activities. The project was put on the back burner, and then completely and long, for Maidan, ceeurop and all that.

However, this does not mean that such work cannot be resumed, because Ukraine is always ready to help (if help leads to a new confrontation with Russia), a good overseas uncle ...

In September, the prototype of the Ukrainian cruise missile "Neptune", which is part of the anti-ship missile system, was presented in Ukraine on 2015. 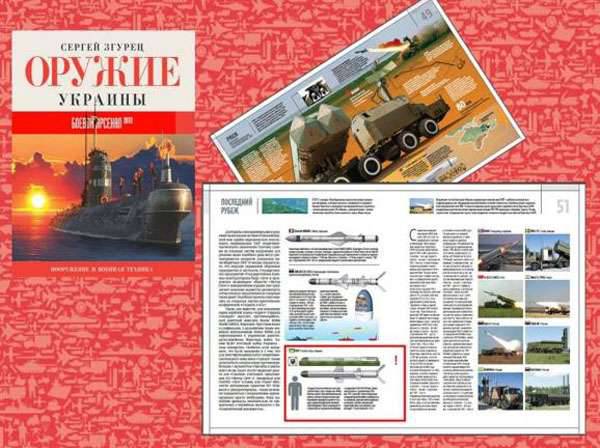 So, even if we assume that all these “Borysfens”, “Sapsans” and “Neptunes” ready for delivery to the Armed Forces of Ukraine are a bluff from the Ukrainian authorities, you know someone from a hint, this does not mean that sitting on the fifth point is exactly side of the border) will not allow "Square" on the basis of funding, you know who, to bring the work to the end. After all, talking about the “Maidan of the brain” and “strengthening marasmus” too has become a habit with the simultaneous (for some reason very deep) conviction that on the other side of the cordon nothing can be done to upgrade the AKM tape with an electrical tape. Even if you keep in mind the idea that “all the same,“ defense ”money in Ukraine is being stolen”, such complacency looks somewhat strange. It is doubly strange, if we consider that the Maidan power, as all recent история "Square", not ready to stop at nothing. And if she really does have a high-speed weapon? - Stop it? That is unlikely...

And President of Ukraine Poroshenko, who was named not Peter, but Pedro in the material of the German newspaper “Bild”, can once again prove that this very Pedro is ready to act as the leader of a team in which “there are a lot of wild monkeys” ...

Ctrl Enter
Noticed oshЫbku Highlight text and press. Ctrl + Enter
We are
Results of the week. “But is it not enough in Pedro in Brazil ?! And do not count! "Situational analysis of the death of the MH17 flight (Malaysian Boeing 777), made on the basis of engineering analysis from 15.08.2014
78 comments
Information
Dear reader, to leave comments on the publication, you must to register.