February 4 2016
71
Kiev's Foreign Minister Klimkin called Moscow’s demands for the implementation of the Minsk agreements, which were presented by Moscow’s new spokesman, Boris Gryzlov, unacceptable. This Kiev passed a certain Rubicon: Gryzlov is a member of the Security Council of Russia, after that the position of Kiev, in turn, becomes unacceptable for Russia. 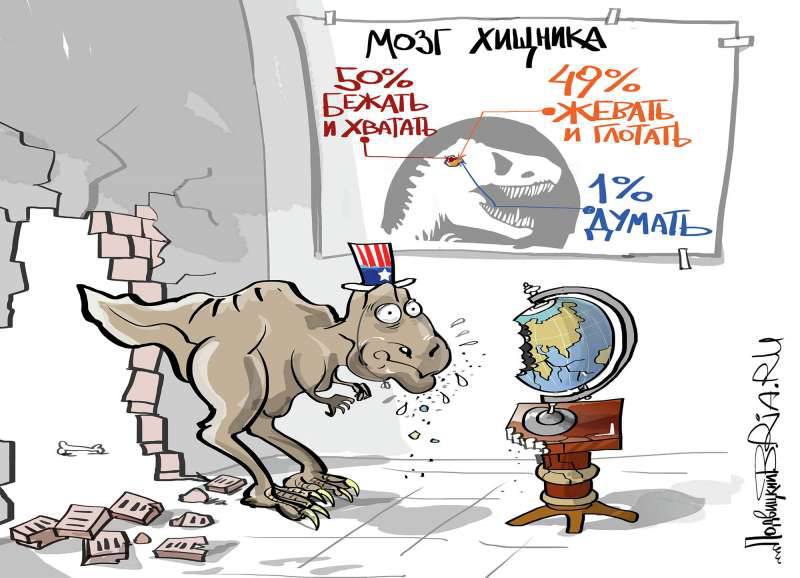 In addition, the new round of the Minsk talks coincided with complications in relations between Russia and the United States. The White House has moved on to deceitful, offensive attacks against the Russian president at the highest level — government officials. Slander by US Treasury Secretary Adam Shubin against Putin in the BBC movie “Putin's Secret Wealth” was publicly supported by Obama's spokesman Josh Ernest.

All this says that the meeting between Victoria Nuland and Vladislav Surkov in Kaliningrad completely failed, no decisions on Ukraine were reached: Russia and the United States remained in their previous positions.

The publication AgoraVox made a sensational throw, as if Nuland met Surkov to warn Russia about the "imminent NATO attack." Allegedly, the people who accompanied Victoria Nuland, reported that she was in a “very excited state” and repeated tirelessly: “The war is coming! War at the gates!

There is no smoke at all without fire ... Most likely, Nuland threatened a sharp deterioration in relations, because it really happened. Direct attacks on the president of the country may be preceded by some military plans. Earlier, after such false and arrogant accusations, military attacks were committed against a number of Middle Eastern countries. Scenarios of hostilities against Russia constantly scroll in the Western media. Recently, the Swedish general said about the possibility of war with a "big country" with the participation of Sweden, however, did not agree with which big country.

In the Financial Times, a specially trusted propagandist of Washington, after the meeting Nuland-Surkov was an article in an ultimatum tone: Russia must surrender the Donbass and put the head of the government of former Finance Minister Alexei Kudrin. It was possible that Nuland came to Kaliningrad with these demands, but they were rejected, and the US ultimatum was put into action: the accusations of the Russian president were sent in order to create grounds for a propaganda campaign against Putin and Russian policy.

After that, we can expect tightening of anti-Russian sanctions up to the blockade of seaports. Libya and Iraq, the US Navy blocked. It must be borne in mind that American strategists are seriously discussing the possibility of a conventional world war, that is, by conventional means without using nuclear weapons. weapons. And in conventional armaments, NATO has reached a preponderance over Russia as a result of the collapse of the Warsaw Pact and expansion to the East, that is, the annexation of former allies of Russia and the USSR to its military machine.

If Russia does not apologize to Washington, and this is unlikely, experts are talking about a possible expulsion of the American ambassador from Moscow: after a lie at the highest level regarding the Russian president, there’s nothing to talk about with Washington.

Russia may refuse to talk further with Kiev. Due to his refusal to comply with the Minsk agreements, rampant neo-Nazi militants in the country who are not suppressed, but rooted in power structures, cleaning up the civilian population in the occupied Don regions of Donbass declared to Bandera authorities disloyal, that is, Russia can declare Bandera Kiev lost its legitimacy. After that, Moscow may demand from Paris and Berlin to fulfill the Minsk Agreements, as their guarantors ...

The international situation in the new year is clearly deteriorating, and the Munich Security Conference, which will be held in mid-February, takes on special importance. Before the conference, apparently, diplomatic maneuvers will continue, but in Munich some sort of outcome can occur. Vladimir Putin’s double refusal to come to Munich acquires a symbolic meaning: this is a response to Washington to the accusations addressed to him. At the same time, his voice will be made by Prime Minister Dmitry Medvedev.

Judging by the tough reaction of Moscow to the next provocative (unsubstantiated) accusation of Turkey by the Russian space forces in violating its airspace, and continuing the strategic offensive of the Syrian army to the borders of Turkey, as well as the artillery aggravation in Donbass, the growth of confrontation will continue after Munich. Wolfgang Ischinger, chairman of the Munich Security Conference, also in Davos, said that "the world faces an unintended escalation." It is already underway, only deliberate: Washington is the first and deliberately launched propaganda aggression against Russia.

... Deputy Finance Minister of Russia Maxim Oreshkin made an interesting statement the other day: a collapse of financial markets may occur in the United States due to multidirectional financial processes on stock exchanges. This possibility is probably the real reason for the dramatic aggravation of Washington’s international situation: it is trying to scare the West with Russia and rally the ranks of its supporters before the financial collapse, and then blame Moscow for it. What else is left for Washington? Recognize their own military, Nazi Bandera and financial sins?

Ctrl Enter
Noticed oshЫbku Highlight text and press. Ctrl + Enter
We are
Russian dumplings set up a peaceful waySituational analysis of the death of the MH17 flight (Malaysian Boeing 777), made on the basis of engineering analysis from 15.08.2014
71 comment
Information
Dear reader, to leave comments on the publication, you must to register.