February 3 2016
36
On Monday in Shanghai, the ceremony of entering into the Navy's fourth amphibious assault ship dock Yimeng Shan (project 071) took place, the blog bmpd. The ship became part of the East fleet. 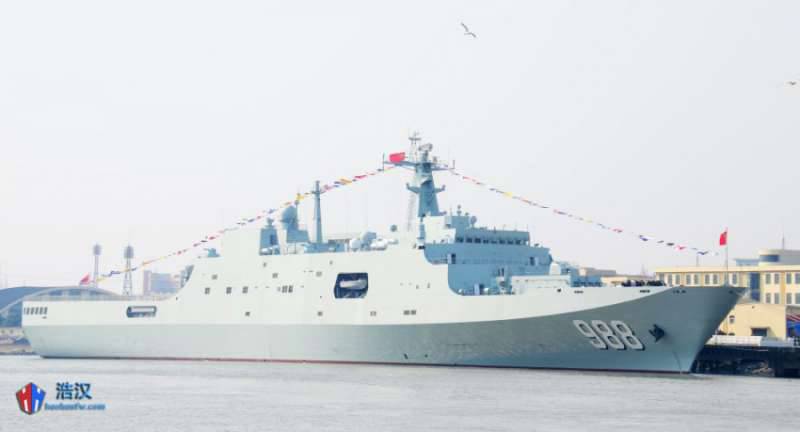 All four DVKD built in Shanghai at the shipyard "Hudong-Zhonghua Shipyard". The latter was launched on January 22 last year, and in September its tests began.

"The first ship of the project 071 Kunlunshan was launched at the shipyard Hudong-Zhonghua Shipyard 21 December 2006 years and handed over to the Chinese Navy in November 2007, the second - Jinggangshan - launched 18 November 2010 years and commissioned in October 2011, the third - Changbai Shan - 26 of September 2011 of the year and launched in September of 2012 of the year, ”the author recalls. 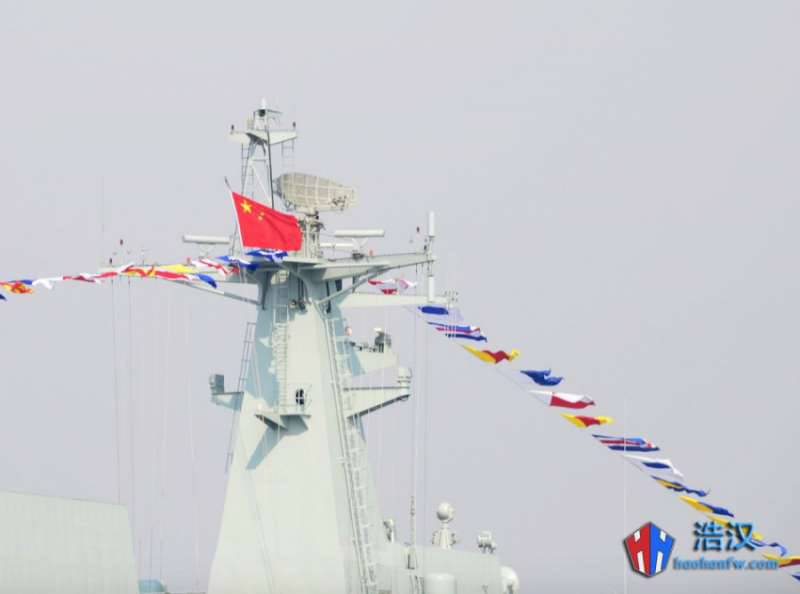 According to him, “each ship carries four Z-8F transport helicopters and two landing craft hovercraft of the 726 project, built" based on "American boats like LCAC." 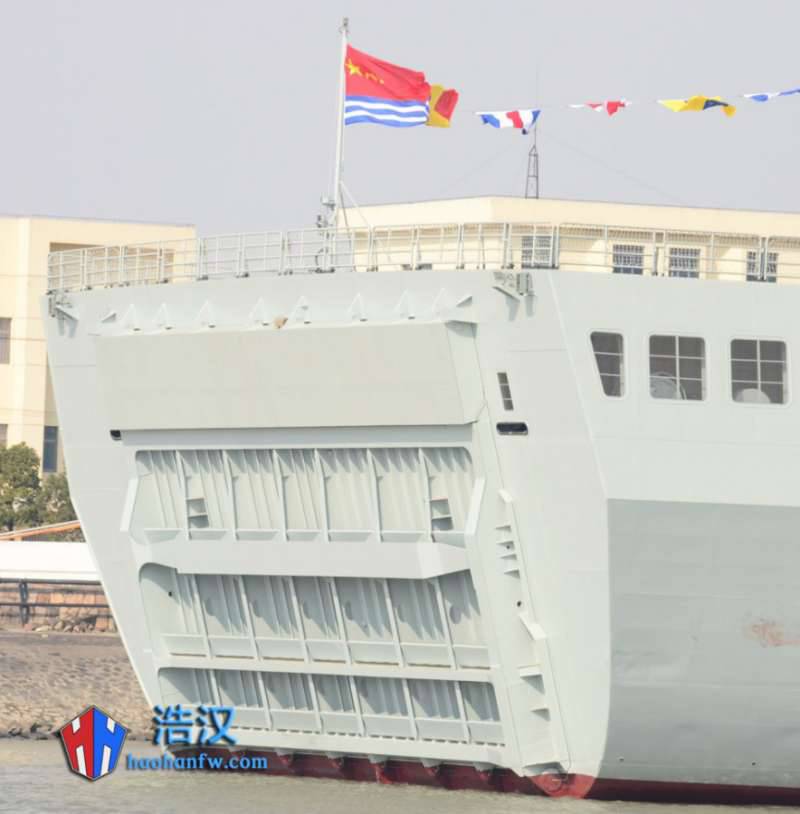 It is noted that “the successful implementation of the construction program of these very large ships with a standard displacement of about 20000 tons will lead to China’s ability to conduct amphibious operations in remote regions of the world at about the level of leading Western countries (with the exception of the United States) and far superior to similar capabilities not only of the Navy of modern Russia, but also of the Navy of the USSR 1980's. ” 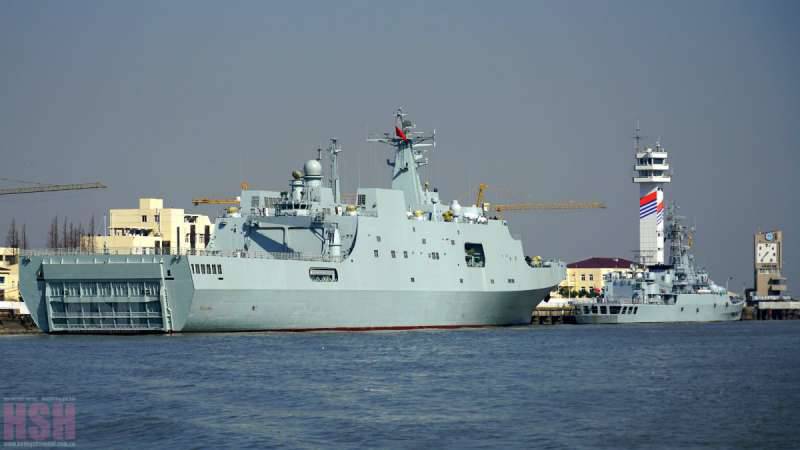 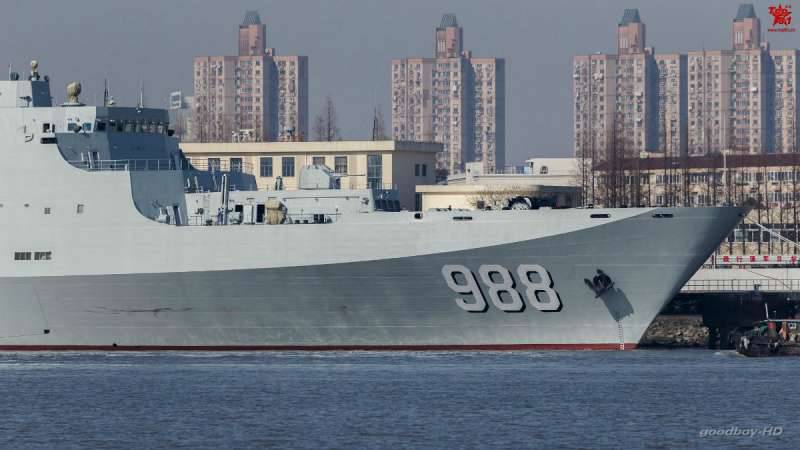