Poroshenko asked for weapons from Germany, saying that Kiev fulfills the Minsk Agreement

February 3 2016
48
In an interview with the German edition picture, has recently become one of the mouthpieces of Russophobia among the German media, the president of Ukraine again baited stories. According to Poroshenko, the threat that “comes from Russia against Ukraine” this year, it turns out, is significantly higher than in 2015. At the same time Poroshenko called the next version of the number of Russian soldiers allegedly in the territory of Donbass. This time, the ukroprezident has announced eight thousand "personnel Russian military". 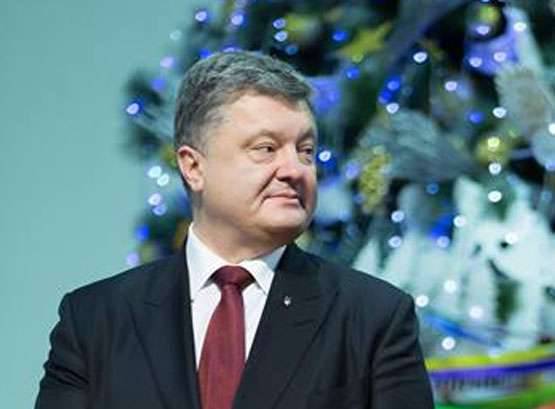 It is these “servicemen of the Armed Forces of the Russian Federation,” as Poroshenko tried to convince the Germans, today represent the main threat to “independence”. Poroshenko also spoke about how Russia is building new military bases “on the border” with Ukraine, which also “threatens Ukrainian security.”

As a result, Poroshenko’s verbose speech reduced to new requests for the transfer to Ukraine weaponsbecause "European security is at stake."

Poroshenko:
To protect Ukraine is ready to get a weapon from Germany.

This statement caused considerable surprise among the Germans, because Germany did not promise any weapon to Ukraine, and Poroshenko declares that she is already “ready to receive it.”

Amid claims that Ukraine is awaiting arms supplies from the West, Poroshenko announced that Kiev "is fulfilling its obligations under the Minsk agreements." Interestingly, while the transfer of troops to the contact line, the shelling of Gorlovka and the new attacks on the suburbs of Donetsk also relate to the Kiev agreements on the Minsk agreements? ..

Ctrl Enter
Noticed oshЫbku Highlight text and press. Ctrl + Enter
We are
Results of the week. "Who you are lucky, in fact, and will carry a cock, and such a bird as you, I, too, will rush!"
48 comments
Information
Dear reader, to leave comments on the publication, you must to register.