February 4 2016
28
Foreign analysts point out that the Kremlin has made quite a few statements about a "turn to the east." But words are words, but it does not seem that Moscow’s aspirations to strengthen ties with China are realized. China's stock markets are falling, China's economic growth is slowing, and the trade turnover between the two countries does not give cause for optimism. Or is it not so bad as it seems? 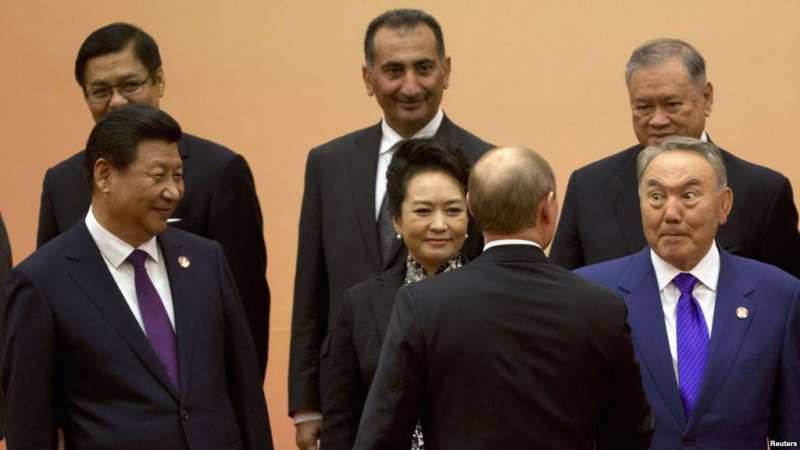 Ian Ivory, partner at Berwin Leighton Paisner, an international law firm, believes that after a long rhetoric that accompanied Russia's “turn” to the east, I have to admit: 2016 began with bad News for Moscow and its aspirations to strengthen cooperation with China. Chinese stock markets are shaking, the Middle Kingdom’s economic growth is slowing, and the volume of trade between Russia and China gives little reason for optimism. Or is it really not so bad?

This analyst reasons on the site CNBC International.

Russia has led to an Asian reversal of "deep strategic causes," the author believes. Asia today is one of the most dynamically developing regions of the world. Given the geographical location of Russia, the analyst notes that cooperation with the PRC is strategically important and beneficial for Moscow, which also cares about preserving sovereignty over its own territory - the Far East.

Nevertheless, questions remain about the meaning of this “turn” and its “viability,” the expert writes further. The Russian economy has been cornered by Western sanctions, and some analysts view the turn to Asia as an “act of despair” by the former world superpower.

The Russian economy has suffered greatly not only from Western sanctions, but also from falling oil prices. Therefore, it needs urgent replacement of lost sources of income and financing. Growing markets in Asia, especially in China, offer an obvious alternative to the West.

Meanwhile, skeptics doubt the effectiveness of Russian-Chinese cooperation. Not everyone believes that Russia will receive the level of financing and trade that was intended. The volume of bilateral trade (between Russia and China) has already fallen by a third last year; at the same time, energy prices collapsed. In addition, economic slowdown began in China.

Several high-profile projects of the PRC and the Russian Federation “stalled”. Some experts believe that the likelihood of replacing Western capital with Asian investments is a “big myth.”

Interferes with the effectiveness of Asian investment and uncertainty in Asia itself. Based on recent market “crashes” and crises (2015), many economists see ahead the “big slump” in China.

And yet we must remember: China and Russia are playing a “long game.” Yes, Russia was forced to turn from west to east, having experienced disappointment with the decision of its former partners, but Moscow expects to cooperate with China for a long time.

True, there are obstacles that can prevent the dragon and the bear from coming closer.

In the past, Russia and China have been arguing over borders, and today Chinese influence is growing in the Russian Far East. Skeptics could say here that Russia has begun to keep its enemies closer, the analyst notes.

Russia, on the contrary, is weakening: the federal budget is being reduced in the country, the “outdated infrastructure” is still involved. Also, Russia is characterized by “long distances”, many time zones and a bad climate.

Meanwhile, let us add on our own, it cannot be said that the cooperation of the Russian Federation and the People's Republic of China in 2016 is “stalling”.

The other day, Vladimir Putin signed the law on ratification of the agreement with China on the avoidance of double taxation and on the prevention of tax evasion with respect to taxes on income, as well as a protocol on amending the agreement. It is about creating conditions under which citizens and enterprises of the two countries will not be subject to double taxation, notes "Russian newspaper".

The agreement will enter into force in January 2017. The law will allow domestic borrowers to reduce the cost of attracting and servicing loans from Chinese banks.

IA "Cupid Info"referring to the Chinese agency Xinhua, summed up the results of cooperation between Russia and China last year.

Collaboration in major projects between the Chinese province of Heilongjiang and the Far East last year, the portal said, has developed well: local authorities have promoted the implementation of one hundred cooperation projects with Russia in the agricultural, forestry, mining, energy and other industries.

Here are some facts.

In addition, the Chinese and Russians have implemented three energy projects, the total investment in which amounted to one billion dollars. A power station in the Chelyabinsk region, which was built with the help of the Heilongjiang TianLansin company, was put into trial operation. The cycle of preparatory work for the construction of a complex for processing, preserving and transporting petroleum products in the Amur-Heihe area has been completed. The construction of the Chinese section of the Chinese-Russian gas pipeline was launched on the territory of the city of Heihe. Known and other implemented projects.

Therefore, it would be premature to declare that Sino-Russian cooperation was a big question because of the devaluation of the ruble and the fall in oil prices. Russia's turn to the east is indeed a long-term strategy, and no conclusions can be drawn in terms of the 2014-2015 time interval. In addition, the Western "partners" of Russia do not intend to lift sanctions or even soften them. Consequently, international factors for the “turnout” of Russia from Asia simply do not exist. "Long Game" continues.

Observed and commented on Oleg Chuvakin
- especially for topwar.ru
Ctrl Enter
Noticed oshЫbku Highlight text and press. Ctrl + Enter
We are
The fall of the Syrian airbase Abu ad-Duhor. The longest siege of the civil war is overStrangulation: the context, conduct and consequences of the American naval blockade of China
28 comments
Information
Dear reader, to leave comments on the publication, you must to register.