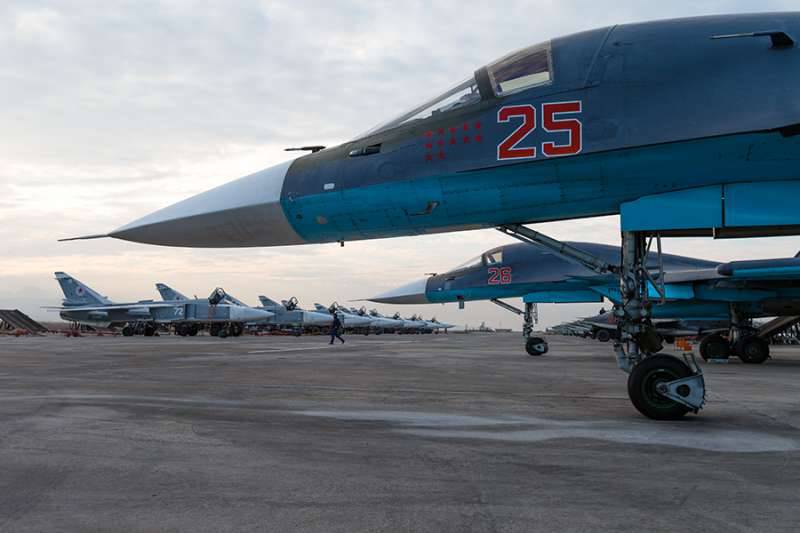 The main organization of the Syrian opposition decided to boycott the negotiations under the aegis of the UN, demanding that Russia first stop bombing its positions. To understand the absurdity of this demand, imagine the following situation in the US: suppose Ammon Bundy, the half-witted leader of an armed group that seized a federal reserve in eastern Oregon, would have demanded that law enforcement officials withdraw Obama’s administration regarding the displacement of the same Obama after a transition period of 18 months and rewriting the constitution to include radical right-wing political and political the powerful ideas of the empty-headed followers of Bundy.

Do you think this is a reasonable requirement?

In this context, the current "negotiations" begin. It is no wonder that Moscow does not take them seriously, this is complete nonsense.

In what other country could armed groups seize cities, kill civilians, destroy civilian infrastructure, create chaos and threaten to overthrow an elected government?

In no way. But Obama believes that this is an acceptable way of action for citizens and even foreigners (many of the “rebels” are citizens of other countries or jihadists) if their political goals coincide with the goals of Washington. And so it is. From the very beginning, Washington’s sole objective was to overthrow Bashar Assad in order to open access to oil fields and pipelines for Western companies and to protect them with new US military bases built across the country. That was the very first day’s plan, and so Obama and the company are trying so hard to slow down the Russian offensive with all possible and unthinkable ways, even through endless negotiations, the whole purpose of which is to ensure that US-supported terrorists can regroup to continue the war from improved positions.

Russian President Vladimir Putin understands the meaning of this reception. He sent diplomats to Geneva to play along and pretend to take everything at face value. But is it possible to catch him and agree to a "truce" so that Obama's "rebels" can prepare for new battles? Very doubtful.

Americans will not read in their press that the Russian-led coalition (the Syrian Arab Army, Hezbollah and the Iranian unit Ell-Quds), after a slow but sure progress, broke through the dam and advance on several fronts, and their opponents flee. Cities and towns in the province of Latakia along the Turkish border, which had long served as a support for jihadists, were destroyed by ruthless Russian bombardments and liberated by the Syrian Arab army. Aleppo, the largest city in northern Syria, is surrounded by government forces that cut communication lines to Turkey. As a result, groups such as Jabhat al-Nusra, Ahrar al-Sham, Jaish al-Islam, ISIL and other movements associated with al-Qaeda were forced to surrender or go into deep defense, waiting for the last decisive fight The scales leaned on the side of Assad, who was definitely taking over. What the Western media called the “quagmire” turns into a convincing victory for the Russian coalition, restoring security in Syria, while its opponents scatter in search of shelter. Here is what Reuters reports:

“Three months after the start of the operation, President Putin managed to achieve his main goal of stabilizing the power of Assad. The cost of hostilities is relatively low, and Russia can lead them at this level for years and years, US military experts and officials said. ”

This assessment is contrary to the allegations of President Barack Obama and other high-ranking officials that the operation to support President Bashar al-Assad is poorly planned and is likely to end in failure ...

Since the start of the campaign that launched 30 in September, Russia has suffered minimal losses and, despite serious domestic economic problems, continues to pay military expenses, which, according to some estimates, are approximately 1-1,2 billion dollars a year. Costs are covered from the Russian defense budget, which is 54 billion dollars a year, US intelligence officials say ...

“The attempt of Russia and Iran to support Assad and pacify the population simply does not work and will lead to the fact that they are bogged down in the quagmire,” Obama said on October 2. 1 December, he suggested that Russia is firmly stuck in a conflict that is not amenable to solution and paralyzes the participants.

Senior administration officials argue that there is no contradiction between Obama's words and the opinion that Russia is conducting a fairly successful campaign.

“It seems to me that the president had in mind ... that in the long run they will not succeed,” the official said. According to him, "Russia is involved in a civil war, and it will be very difficult for her to get out of it."

An analyst from Moscow, Vasily Kashin, said that from a financial point of view, the war was not too much for Russia.

“All available information suggests a completely insignificant impact of the current level of hostilities on the Russian economy and the Russian military budget,” said Kashin from the Center for Analysis of Strategies and Technologies. "At this level, the war can be continued year after year," he added. ("The United States believes that Russia has so far achieved its key goals in Syria and is able to withstand expenses," Reuters). "

Americans are so sure that any military intervention necessarily leads to a swamp, which is very surprising if this happens to someone. This attitude is completely understandable, given that "the best army in the world" has not been able to defeat a miserable handful of fundamentalist kozopas in Afghanistan for 15 for years. It is clear why Americans are waiting for defeat. But the fact is that President Putin is not going to "flounder" in Syria 10 or 20 years. He is going to crush the enemy and move on. Recent reports from the fronts indicate that this is what he is doing. As Sic Semper Tyrannis wrote:

The process began at the beginning of this week, when the Syrian Arab Army and National Self-Defense Forces units, as well as the local militia entered Salma, a rebel stronghold and the key to the defense of the M-4 highway connecting Latakia with Idlib. After several weeks of preparing the offensive and weakening the defense, the R + 6 launched an assault and entered the city. The rebels could do little to oppose them in order to reverse the process ... 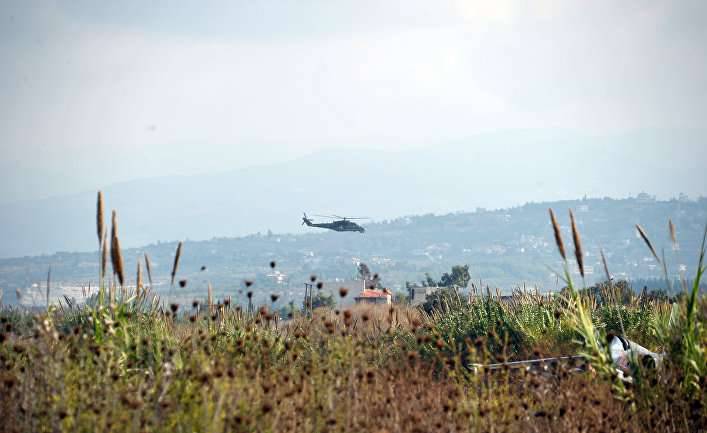 ... Having achieved a strategic breakthrough, one side gains an advantage and continues the onslaught, while the enemy does not withstand this pressure. This is what happened in Salma, a former mountain resort in the north-west of Latakia ... When R + 6 went on the last assault, Salma was already unsuitable for life. Its loss means the fall of the entire line of defense south of M-4, which was confirmed by the subsequent advancement of government troops and the "tactical" retreat of the rebels to correct the front line ...

The raids of government troops ... again became decisive for breaking through the rebel front line, already weakened by the fall of Salma and the chances of being cut off from the supply bases in Jisr al-Shugur ("The rebel defenses crackle in Latakia", Sic Semper Tyrannis).

Is the picture clear? Failure jihadists are defeated by a superior army that has beaten them and liberates key cities and strategically important areas along the Turkish border, as well as in the south and east of Syria. As a result, Assad will not be overthrown, and Syria will not turn into a “Salafi principality” under the rule of insane Islamists ruling by terror.

This does not mean that there are few pitfalls ahead. There is a risk that the civil war will turn into a regional conflict involving Turkey, NATO, the United States and Russia. You see, Russia wants to use Kurdish allies from the YPG to regain border areas, restore Syrian sovereignty there and put an end to the influx of militants from Turkey. Turkish President Erdogan promised that the Turkish army will intervene if the Kurds continue to follow in this direction. In this case, President Putin will defend the Kurds. It is difficult to say how this explosive situation will develop, but it is obvious that tense weeks are coming, while the main participants sharpen their sabers and take advantageous positions for the start of a full-scale fight. Will composure prevail?

To this I can not answer. But I can say that the United States has already abandoned the calls "Assad Must Leave" and proceeded to Plan B, which envisages the seizure of territories and the creation of bases in northeastern Syria, which the US military can occupy as long as they like. Here is what the South Front website writes:

“Analysis and intelligence a month ago predicted that NATO allies would try to implement a new plan and keep at least the northern oil corridor from Iraq and try to involve Russia in a protracted and costly war. The plan provides for control over key infrastructure, including oil fields, by a NATO contingent, and the formation of anti-government, that is, anti-Russian and anti-Iranian forces in this part of divided Syria.

The implementation of this plan can easily lead to a global war, in the event of an escalation of the conflict in Syria. The stakes in the global geopolitical confrontation are raised again. (Escalation in Syria, South Front) ”.

So even if Washington refused (temporarily) from plans to overthrow Assad, he is still loyal to the project of creating Sunnistan in Syria and Western Iraq for laying a network of pipelines between Qatar and Turkey and opening access to oil fields to western oil giants The main supplier of natural gas to Europe. All this is part of the global strategy of “reversal” to Asia in order to guarantee control over resources and ensure their linkage to the American dollar. Gaining power Russia openly challenged this ambitious plan, threatening to put sticks in the wheels of the American war chariot and the harmful unipolar world order.

Ctrl Enter
Noticed oshЫbku Highlight text and press. Ctrl + Enter
We are
Unreliable States of AmericaResults of the week. “I saw a lot of psychos, but this place is a reserve”
30 comments
Information
Dear reader, to leave comments on the publication, you must to register.