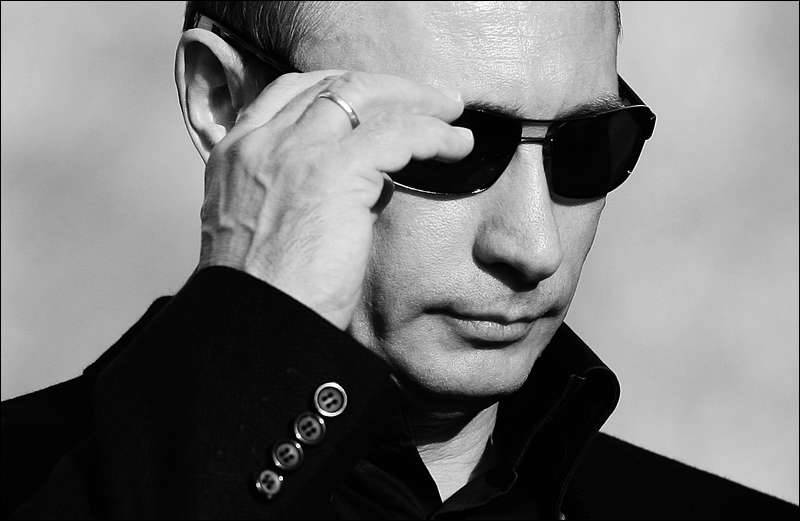 How the leaders of Western countries throw mud at Russian President Vladimir Putin is more than just a coincidence. First, an English judge ruled that, according to indirect evidence, the murder of former Russian intelligence officer and deserter Alexander Litvinenko, who accepted British citizenship - two Russian agents poured radioactive polonium into his tea at a London hotel - it was “probably” approved by Putin. Litvinenko criticized Putin and passed away 22 a day after drinking the tea.

Secondly, British Prime Minister David Cameron arrived in time with the conclusion that the United Kingdom will maintain "a certain kind of relationship with them (the Russians)" because of the crisis in Syria, but London approaches them "with a clear look and a cold heart." Then, US Treasury Department official Adam Szubin made a rude accusation, saying that President Putin appears to have been corrupt for many years.

Although the response of Russia that this accusation was “pure fiction” was expected, it was extremely unusual to hear similar statements from the prime minister of a large Western country addressed to another leader, the head of the former superpower. And since the public statement by an American Finance Ministry official was not refuted, it was done with the “blessing” of Washington.

An obvious question arises: why all this demonization of Putin? Yes, Ukraine has become a stumbling block between Russia and the West. After the rise of the anti-Russian movement in western Ukraine, Russia helps the separatist rebels in the eastern part of the country and eventually seized the Crimea peninsula, which has brought sanctions on Moscow that are still in effect. During Soviet times, Crimea was donated to Ukraine by the Soviet leader Nikita Khrushchev.

Relations between the West and Russia went through many stages, but after the end of the Cold War and the collapse of the Soviet Union, which was preceded by the Gorbachev era of “perestroika” and “glasnost”, the West hoisted the banner of victory. The former communist countries of Eastern Europe were hastily included in the European Economic Community (today's European Union), and Western European countries set their sights on a more tasty and ripe fruit, Ukraine, a large territory adjoining the Russian Federation and closely related to it with religious, linguistic and related points of view. The West did not draw a proper lesson from the events in Georgia and Moldova, during which the Kremlin showed that it was ready to fight for its regional interests.

The actions of the West were based on the conviction that after defeat in the Cold War and the collapse of the Soviet Union, Russia would not stand on its feet and become a submissive student of Western liberal democracy. Indeed, Boris Yeltsin's clownish antics and his servile behavior towards Washington and Western Europe reinforced this opinion.

Perhaps their romantic joke with the United States was played by their romanticizing of the end of the Cold War and the collapse of the “evil empire”. Americans, including people in the administration, were tempted by the prospect of reshaping the world in their own way. Armada of venture capital investors and philanthropists from the United States rushed in Yeltsin Russia to build castles in the air. Most often, these dreams flew away. And every time the West believed that Russia was lying on its shoulder blades, Putin’s successor to Yeltsin answered him in a tough manner. Washington did not reckon with the fact that the Kremlin did not quite accept its “demotion” from among the superpowers.

I recall the intoxicating atmosphere of Yeltsin's time, which contrasted sharply with the one that prevailed during my work as a foreign correspondent in the Soviet era. The venue was the annual meeting of the Institute of the International Press, a kind of unquestioned authority of the free press of the West. Despite his poor health, Yeltsin spoke at the event, and all the participants agreed that he was a good, cheerful guy. There was a lot of legends about the huge state that Yeltsin and his family had made, which people enthusiastically discussed. Of course, at that time official Washington was not going to suspect anyone at all.

On the contrary, Western media not only generously assess Putin’s fortune - it is 200 billion US dollars according to Americans ’calculations - but also cite a report by a US official who says that Chelsea’s owner Roman Abramovich gave Putin a £ 10 million Yacht. It also says that the yacht is supposedly served for money from the Russian state budget. These statements are very doubtful in many respects, considering that the closest allies and friends of the United States around the world are by no means famous for embodying virtue and honesty.

The question remains open about the new campaign of the West in the image of Putin ominous corrupt. The answer is that the West is disappointed with its contacts with Moscow. Russia is experiencing difficult times because of falling oil prices and increasing Western sanctions, but it joined military intervention in the Syrian civil war in order to gain a major role in determining its outcome. Putin is not ready to bring remorse and sprinkle ashes on his head after the end of the Cold War.

It is clear that Washington will have to back down and initiate a conversation with Putin if the Americans want to help resolve international problems. For several reasons, Syria is the most vital of them, including because of the influx of refugees to the shores of the EU, undermining the very essence of the triumph of European integration represented by the EU.

Of course, many American scientists hold more realistic views. They offer Kiev to find the strength and courage to grant autonomy to the eastern regions in accordance with the second Minsk Agreement now, while Moscow in its position demonstrates greater flexibility in terms of retaining the region. Secondly, although the absorption of the Crimea violates the inviolability of national borders, no one expects the return of the peninsula to Ukraine. This absorption must be taken calmly, given exceptional circumstances.

Ironically, Syria could be the magic wand that would take the West away from the brink of a new confrontation with Moscow. Russia's entry into the Syrian conflict has already strengthened the position of President Assad in bargaining at the negotiating table. It's time to negotiate peace.

Ctrl Enter
Noticed oshЫbku Highlight text and press. Ctrl + Enter
We are
Litvinenko case: who and how is looking for the truthLitvinenko: polonium trail leads to the Kremlin, but in a bizarre way
32 comments
Information
Dear reader, to leave comments on the publication, you must to register.