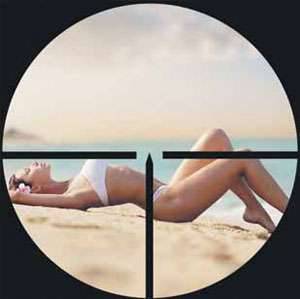 Attacks on hotels in Bamako and Ouagadougou may be a rehearsal for larger terrorist attacks.

Russia calls the terrorists who blew up the Kogalymavia liner, announcing the imminent return of domestic tourists to Egypt.

According to the Russian and Egyptian intelligence services, an explosive device aboard the passenger A321, performing a flight from Sharm el-Sheikh to St. Petersburg, was installed by a recently hired employee of the airport, whose duties included loading luggage aboard departing airliners. According to the information of the same authorities, the VCA was a simple version of it that the terrorist hid directly in the luggage compartment. Earlier, a version was put forward that a bomb was planted in the bag of one of our tourists.

“The actions of the Egyptian security officials say there is a detailed plan, where it is written, where to go and what to cover”
Later it became known that the investigation was able to identify at least six employees of the Egyptian airport involved in the terrorist act that killed the 224 Russian citizens.

However, according to Western media, the order contractor is not an airport employee, but a technician of the Egyptian national airline EgyptAir, whose cousin is currently fighting in the ranks of the Islamic State terrorist group banned in Russia.

However, according to the latest information in the Russian National Anti-Terrorism Committee and the Egyptian Ministry of Internal Affairs refuted the message about the involvement of aircraft. Moreover, a new version appeared in the investigation: representatives of the Turkish Gray Wolves radical organization are behind the attack.

It is noteworthy that the news reports about the new results of the investigation of the tragedy in the skies over Sinai almost coincided with the stay in Egypt of the State Duma Chairman Sergei Naryshkin. During his visit, it was said, in particular, about lifting the ban on the sale of vouchers to this country.

“We discussed the possibility of restoring the flow of Russian tourists to the resorts of Egypt, I am sure that we will be able to solve these problems in the near future,” Naryshkin told reporters, summing up the negotiations with President Abdel Fattah al-Sisi and Chairman of Parliament Ali Abdel Alem.

Moreover, according to our speaker, Russia and Egypt have the most serious intentions to jointly develop the tourism industry.

But as noted by the officers of the domestic special services, with whom the observer of the Military-Industrial Courier was interviewed, recent reports of terrorists identified at Sharm el-Sheikh airport indicate serious problems in the field of air transport security.

If the version voiced by the Reuters news agency is correct, the terrorist network deployed by the Islamic State in Egypt is much more serious than it seems at first glance. Militants have managed not only to recruit an employee of the Egyptian airline. Help him, according to Reuters, received from a close to the investigation of an anonymous source, provided two police officers and a loader. That is, in fact, the terrorists managed to create an active cell directly at the airport.

Meanwhile, immediately after the disaster of the Kogalymavia 31 in October 2015, many countries took their citizens out of the dangerous resorts in a short time, and the UK government even launched several airliners in the air with tourists flying to Egypt. According to official statements, the reason for such decisions was not only the death of a Russian passenger plane, but also the threat of other serious terrorist acts. Although what possible attacks were discussed, at that time it was not specified.

A week later, information appeared in the British media with reference to unnamed sources in intelligence and anti-terrorist structures about attacks on hotels in Egypt, followed by the seizure of hostages. It is difficult to judge now how reliable the information leaked by the British special services, but if you look at the chronicles of terrorist attacks over the past months, the version with the attempt on hotels looks very plausible. 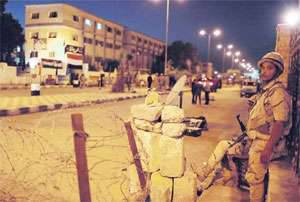 November 21 is a terrorist raid on the Radisson Blu Hotel in the capital of Mali - Bamako. The attack and the subsequent operation of law enforcement agencies of the African state, conducted with the support of American and French special forces, killed 19 from 170 guests, including six Russian citizens - members of the crew of the An-124 of Volga-Dnepr Airlines.

16 January this year - a terrorist attack on the hotel "Splendid" in the capital of Burkina Faso - Ouagadougou. The victims of extremists were at least 20 people.

Cairo seems to be able to keep the situation and to divert emerging threats. When the 9 of January in Hurghada attacked the guests of the Bella Vista hotel, as a result of which three tourists were injured (all remained alive), troops immediately took control of the places of recreation and entertainment.

True, as the Egyptian police later reported, the act of terror was not a question. The attack was allegedly committed with the purpose of robbery. But as the informed interlocutors of the Military-Industrial Courier in the Russian special services noted, the instantaneous harsh reaction of the Egyptian government speaks not so much about the readiness to protect tourists as about the fact that the military-political leadership of the country took the threat of terrorist acts very seriously and developed a plan in advance prevent them.

According to one of the sources of the military-industrial complex, the actions of the Egyptian security officials indicate the presence of a detailed plan where it is written who should be put forward and what to cover. At the same time, in this situation, the preventive entry of troops into resort areas means the disruption of the tourist season. After the terrorist attack against a Russian aircraft, the number of people wishing to rest under protection tanks and combat helicopters would most likely drop to zero.

Let's summarize. There is reason to doubt that in the near future it is advisable to resume, as Sergei Naryshkin said, the flow of Russian tourists to Egypt. Recent media reports show that an organized underground of the Islamic State exists in the country and most likely intends to continue operating, the militants of which manage to create active cells, recruiting them, according to some sources, even law enforcement officers.

Moreover, hotels, other places of tourist recreation and leisure will increasingly become objects of terrorist acts, and attackers, according to competent sources, do not intend to take hostages and enter into negotiations with the authorities. By no means. The purpose of such raids is to create a media image with numerous victims, destruction, etc. Mali and Burkina Faso were more likely to rehearse before louder and larger-scale attacks, which, as the bitter experience of Paris showed, is very difficult to resist.

The next target of the Islamic State banned in Russia may be cruise liners in the Mediterranean. This warning was issued by Vice-Admiral of the British Navy, Clive Johnston, a senior British naval officer at NATO.

“In the North Atlantic bloc they should understand that the Mediterranean is connected not only with migration,” the Daily Mail newspaper quotes Johnston. “It is necessary to take into account the advancement of the IG to Libya, the control of the group over the city of Sirte and other areas of this North African state, which is a threat to navigation and maritime trade routes.” The Vice Admiral does not exclude that in one of the most dangerous areas of the planet modern weapons in the future will be targeted by terrorists at cruise ships, oil platforms or container ships. In January, international observers say, the situation in Libya became even more aggravated. Militants have stepped up offensive operations in the north of the country and are attempting to seize ports in the “oil crescent” area, as the coast of Sirte is called.

Ctrl Enter
Noticed oshЫbku Highlight text and press. Ctrl + Enter
We are
Attempt on world orderWhat you didn't want to know about England
63 comments
Information
Dear reader, to leave comments on the publication, you must to register.