February 2 2016
43
The joint training of the Serbian special brigade and the units of the Airborne Forces of Russia will be held in Serbia by the end of the first quarter of this year, reports RIA News message of the Ministry of Defense of the Russian Federation. 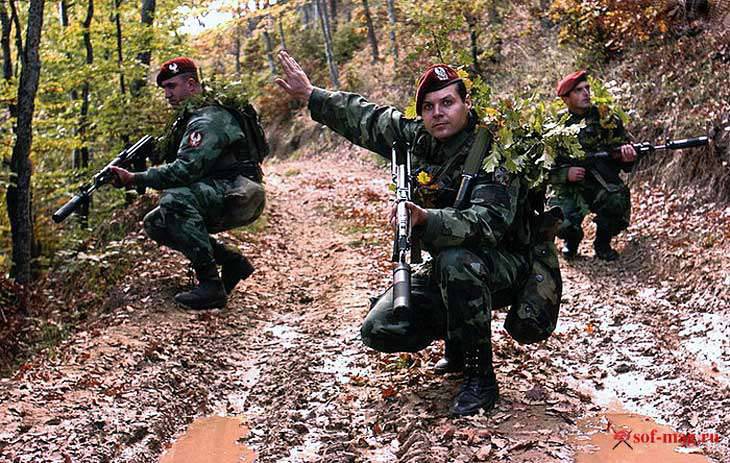 “Today, the delegation of the command of the Russian Airborne Forces has departed for the city of Belgrade (Republic of Serbia) to participate in the planning conference for a joint Russian-Serbian tactical exercise. A joint tactical exercise with special units of the Airborne Forces of Russia and a special brigade of the Serbian army is planned to be held on the territory of the Republic of Serbia in the first quarter of 2016 on peacekeeping topics ”,
says release.

It is noted that "the visit of the delegation of the Airborne Forces to Serbia is carried out in accordance with the international plan of the Ministry of Defense of the Russian Federation for 2016 year."

According to the press service, “the participation of Russian military personnel in the planning conference on the territory of a foreign state will last until February 5 of the 2016 year”.

Ctrl Enter
Noticed oshЫbku Highlight text and press. Ctrl + Enter
We are
Russian and Belarusian paratroopers will hold a joint battalion tactical exercise
43 comments
Information
Dear reader, to leave comments on the publication, you must to register.