Coalition spokesman: Washington did not give Turkey a green light to fight IS in Iraq

February 2 2016
35
Steve Warren, the official spokesman for the so-called American "anti-Gilov" coalition in Iraq, answered the question asked by Iraqi journalists about whether the US military contingent in the province of Ninawa (northern Iraq) is regarded as part of the coalition. Steve Warren said that the States do not view the Turkish contingent in this vein. 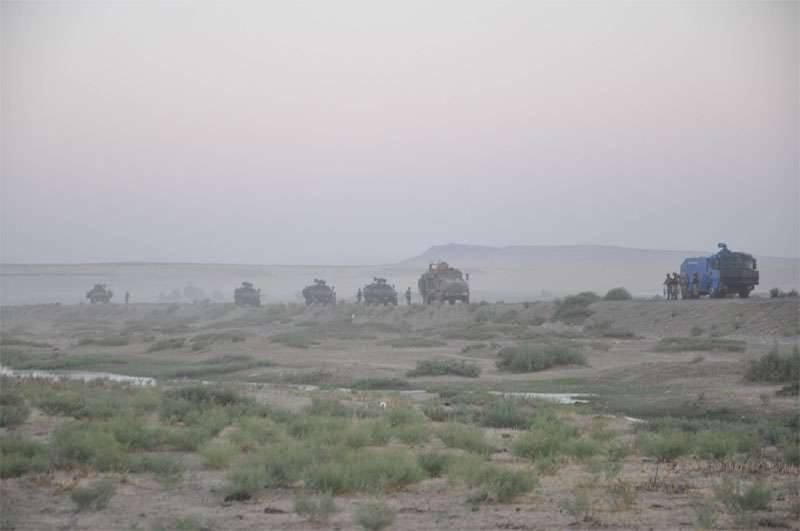 Turkish forces are not part of the international coalition, the United States did not give them the green light to fight the IS.

It turns out that it is from the United States that the “green light” emanates from the fight against the IG ... It is understandable: a unique state.

The question by Iraqi journalists about the status of the Turkish military contingent remaining in Iraq was raised against the background of the silence of Baghdad about the presence of Turkish occupying forces in the country. Recall that earlier, official Ankara has repeatedly stated that it is not going to withdraw troops and armored vehicles from the north of Iraq, since the contingent allegedly helps Kurdish units to conduct combat training in the fight against IS. Iraq first protested, then actually resigned.

The statement that the Turks are helping the Kurds to fight terrorism in Iraq looks like something from the realm of fantasy, or undisguised hypocrisy. Especially if we take into account the fact that the Turks stubbornly refuse to see Kurds as part of the opposition delegation of Syria in Geneva and, in addition, continue the military operation against the Kurdish population in the south-east of Turkey itself.

Ctrl Enter
Noticed oshЫbku Highlight text and press. Ctrl + Enter
We are
The flag is hoisted on the nuclear submarine Severodvinsk!
35 comments
Information
Dear reader, to leave comments on the publication, you must to register.