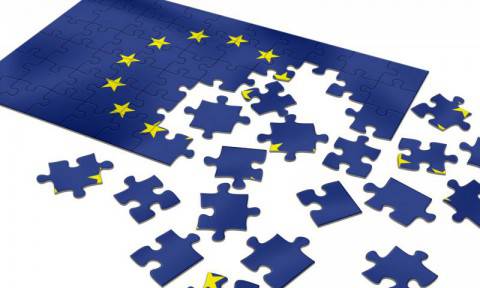 Who will be the European Gorbachev-a man who will destroy the European Union? Maybe Angela Merkel, a big fan of millions of migrants? Or a separate “person” in this stories no longer needed? In the EU, one after another “fences” are being raised, designed to stop the endless stream of illegal migrants, in several countries of the refugees were transferred to the “self-financing” regime, withdrawing money and valuables from them, and the head of the European Council Donald Tusk recently explained that collapse of the Schengen zone.


As we told on "IN", in January, 2016, Denmark was in favor of tightening the rules for the admission of migrants to the country. The parliament approved the law, according to which, on the basis of the relevant paragraphs, it will be possible to withdraw not only money but also valuables from visitors. Danes believe that IDPs themselves must pay the costs of their accommodation.

Similar laws apply in Germany. The authorities of several regions of the Federal Republic of Germany charge a “pay per stay” from refugees. For example, in Bavaria refugees can be withdrawn cash and valuables worth more than 750 euros.

Similar rules are accepted in Switzerland. Asylum seekers are obliged to use their resources first and only then receive state assistance.

One of the first states in the eurozone to decide on political action against migrants was probably Norway. In the city of Tromsø, for the first time, the question was raised about the seizure of money and valuables from asylum seekers in payment for their stay in the country.

In January 2016, the public announcement of the head of the European Council Donald Tusk made a stir. He suggested that the Schengen zone could collapse in a couple of months.

According to Donald Tusk, Europe has no more than a couple of months left to take control of the migration crisis. If the EU does not do this in such a period, the Schengen zone will simply collapse from its free movement.

Tusk bluntly stated that if the EU cannot exercise proper control over its external borders, then as a political project it will “fail”.

In Germany, the “locomotive” of the EU, the issue of migrants is sharpened to the limit. The authorities have already gone to extreme measures - cutting benefits to refugees. We are talking about those who do not want to "adapt" to life in this country.

The fact that these people will be deprived of the opportunity to receive full social benefits, said Andrea Nales, Minister of Labor and Social Policy of Germany. No, the benefits will not be taken away, but some individuals will receive them in a smaller amount.

In the article for the “Frankfurter Allgemeine Zeitung”, Nales wrote that for life in society, including for migrants, there are a number of rules that must be followed. "In my opinion, in order to adhere to the rules of our public life, you also need to learn our way of thinking during a language study course," the television channel quotes "Star".

According to her, one of the important conditions for integration is the search for work by refugees.

In the meantime, the situation with “integration” in Germany is not good.

February 1 TVC reported that the Russian girl Liza, who was allegedly injured in Berlin from migrant violence, was placed in a psychiatric clinic. About this the girl's mother told the magazine "Spiegel". According to the woman, the daughter is in very poor condition.

“Svetlana F. is sitting in her kitchen in a small apartment in Marzahn-Hellersdorf. A slender woman of thirty-nine years of age constantly twitches her hands when she talks about what happened to her daughter more than two weeks ago. Again and again she is forced to interrupt the conversation, because she cannot hold back tears. ”

As the TV channel reminds, on Monday this week the German Foreign Ministry put an end to the loud case. The official representative of the department said: the case was investigated.

Earlier, the prosecutor's office of Berlin stated that the girl was spending the night with a friend, hiding from her parents. On Monday, the German Foreign Ministry confirmed this version. Foreign ministry spokesman Martin Schaeffer said: “Fortunately, the case of Liza has been investigated. Everything that we, and perhaps others in this and other places, spoke about our trust, about the trust of the federal government regarding the investigation by the Berlin prosecutor's office and the police, everything was confirmed. Fortunately, the topic has already cooled off over the weekend. ”

However, the girl’s relatives do not trust the conclusions of the investigation. And the public, the television channel notes, is unlikely to calm down, considering how recently the attacks of migrants on women in Cologne were silenced.

Last week, a keen dialogue about Liza took place between the foreign ministers of Russia and Germany.

German Minister Frank-Walter Steinmeier responded in a rather harsh manner to his Russian counterpart, Sergey Lavrov, about the “case of the Russian-speaking girl Lisa”. Steinmeier even accused a colleague of interfering in the internal affairs of the Federal Republic of Germany.

There is no excuse for using the case of Liza “for political propaganda and interfering in the already complex intra-German discussion about migrants and stirring it up,” quoted the head of the German Foreign Ministry, told by him in Berlin, Deutsche Welle.

“I can only advise the Russian authorities to take into account the results of the investigation,” he added.

The Russian Foreign Minister, in response, said that with his commentary on the 13-year-old girl raped in Germany, he did not interfere in the internal affairs of another country. His commentary led newspaper "News".

“We do not interfere in internal affairs,” quotes the Lavrov edition. - Comments of the situation related to human rights, no one ever considered interference in internal affairs. This is a postulate that is recorded in all international conventions. And our German friends regularly, much more often than we, comment on various aspects of the internal life of the Russian Federation, and not only in the area of ​​human rights, but also in other areas. When someone is angry, it means that all is not well with the argument. "

As Lavrov noted, Minister Steinmeier did not respond harshly to his comments, but said that it was necessary to wait for the results of the investigation. And do not inflate the propaganda campaign in the media. “But Russia is exactly asking for it - that the results of the investigation appear as soon as possible,” Lavrov noted. - But not only about this. Since we are talking about a citizen of Russia, we have the right not only to wait until the investigation is completed. We must, according to all the norms that exist in the civilized world, be informed about a particular incident that happens to citizens of the Russian Federation, which in this case was not done in a timely manner ... ”

In turn, Steinmeier said that Berlin will inform the Russian side about the progress of the investigation into the incident with the girl.

Germany will promptly inform Moscow on the progress of the investigation of the incident. This Frank-Walter Steinmeier told Sergei Lavrov by telephone, reported "Vesti" 30 evening in January.

This conversation was reported to Interfax by a source familiar with the situation. Steinmeier expressed concern about the resonance caused by the lack of official information about the investigation and asked Lavrov to "help calm" the public.

The German minister stressed that Berlin will make every effort to objectively investigate what happened.

Now, it is clear that under this “objective investigation” it is possible to draw a line. It seems that the German authorities are much more worried about the public response than about the truth. Recall the words of the representative of the German Foreign Ministry Martin Schaeffer: "Fortunately, the topic has cooled off over the weekend."

Some Russian experts believe that Steinmeier’s tough response to his colleague Lavrov reflects a deep crisis of common sense and the instinct of self-preservation, and at the same time the left ideology in Europe.

Do Germans like a nation want to commit suicide? Well, that's their right, said Reedus Alexander Khramchikhin, expert of the Institute of Political and Military Analysis.

“In Europe, as in most Western countries, the ideology of left-wing liberalism, a cousin of Soviet-style socialism, won a long time ago. This ideology dominates everything, including common sense and the instinct of self-preservation, ”the Khramchikhin newspaper quotes.

The cornerstone of ideology is the maximum concessions to any minority, the so-called “positive discrimination”. Consistently held left liberalism leads to the fact that minorities become the majority.

“All of us in our personal memory have an example of how a fixed, non-criticizing ideology ruined a great state - the Soviet Union. European civilization has the same outcome, and we will most likely witness its collapse, ”the expert believes. And the first who will experience it for themselves, will be the Germans.

Probably Khramchikhin is right, because instead of looking at the internal enemy, openly acting on the streets, Europe continues to look for an external enemy, forcing international tension.

Recently, in his next speech, NATO Secretary General Jens Stoltenberg He accused Russia "in aggressive actions in the eastern direction." The main NATO member is confident that Moscow is seeking to change the borders on the European continent.

It was with this aspiration that the Secretary General explained the buildup of Russia's military potential.

Monotonous and annoying statements by the NATO Secretary General, which are already worse than bitter radish, are also “a fixed ideology that does not allow criticism,” as Khramchikhin would put it. The West is always right, Russia is always wrong; Opponent will never be heard. It remains to hope that illegal immigrants will sooner or later destroy what is now considered the "unity of Europe." And then, along with Europe, NATO will also fall.

Observed and commented on Oleg Chuvakin
- especially for topwar.ru
Ctrl Enter
Noticed oshЫbku Highlight text and press. Ctrl + Enter
We are
Migrants transferred to self-financing"Trouble" of the Promised Land. African immigration to Israel
70 comments
Information
Dear reader, to leave comments on the publication, you must to register.