Nikita Khrushchev and the "oil needle"

February 6 2016
62
The children and grandchildren of the Khrushchev-Gorbachev “Sixties”, hung with loud academic degrees and titles, either do not know or consciously hide that the “oil needle” is the legacy of Nikita Khrushchev, revered in their circles, perhaps one of the most sinister figures of our country stories. 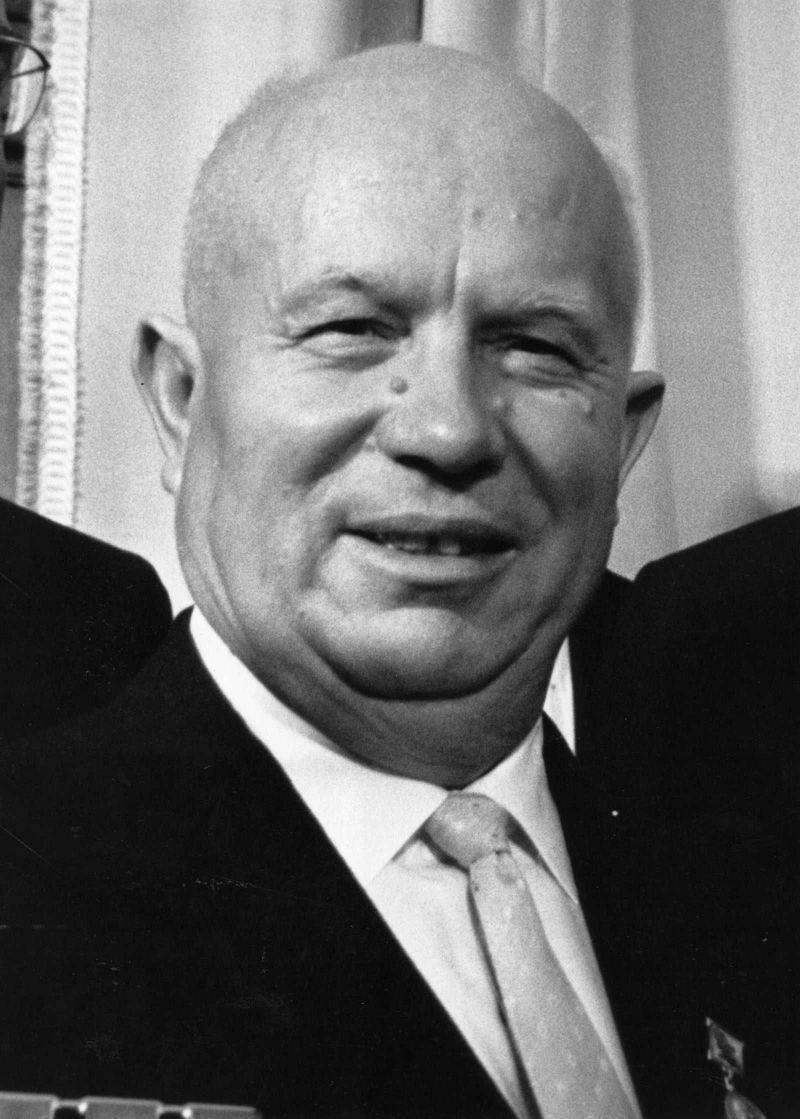 The coming 2016 year will be not only the year of the next parliamentary elections, which, according to a number of experts, can seriously reformat the lower house of the Russian parliament, but also the year of two “Khrushchev's” anniversaries. One of them, the 60 anniversary of the 20th CPSU Congress, is still to be celebrated in February of this year, and the second, the 55 anniversary, has already passed, though it went unnoticed because it coincided with the battle of the Kremlin chimes at the New Year's table.

Strangely enough, but the last anniversary has the most direct relation to the upcoming parliamentary elections of this year. And that's why. An insightful viewer, who is still having fun watching political talk shows, could notice one characteristic detail: all our notebook "oppositionists" had long ago saddled an old nag named "oil pipe" and any studio dispute immediately translated into heart-rending cries of its immortality. These cries were not born on their own, and it is more than obvious to any sensible person that this is a fully coordinated and precisely calculated course of the upcoming political struggle: it is on the country's economic problems and inevitable social conflicts that our fifth column will concentrate all the impact of its heavy artillery in the hope of getting how at least 3% of votes, and with them the state funding of party structures. After all, 2018 is not far away ...

Meanwhile, all these gentlemen - children and grandchildren of the Khrushchev-Gorbachev "sixties", hung with loud academic degrees and titles, either do not know, or consciously hide that "oil needle" is the legacy of Nikita Khrushchev, who is so revered in their circles, perhaps one of the most sinister figures of national history. They only, being in power all 90-s, and now remaining at the helm of the entire financial and economic bloc of our government, brought this dependence to complete absurdity, and now, as they say, from a sore head to a healthy ...

As you know, January 1 1961 in the country conducted a new monetary reform, which resulted in a simple exchange of old banknotes for new banknotes without any confiscation component. Although in reality it was not as simple as it seems at first glance. Traditionally, this reform is presented in the form of an ordinary denomination, since for the uninitiated ordinary people everything looked rather trivial: the old Stalinist “footcloths” were replaced by new Khrushchev's “candy wrappers”, which were significantly smaller, but more expensive by face value. The banknotes of the 1947 model of the year that were in circulation were exchanged without restrictions for new banknotes of the 1961 model of the year in the ratio of 10: 1, and the prices of all goods, wage rates, pensions, scholarships, allowances, payment obligations, contracts changed in the same ratio etc. 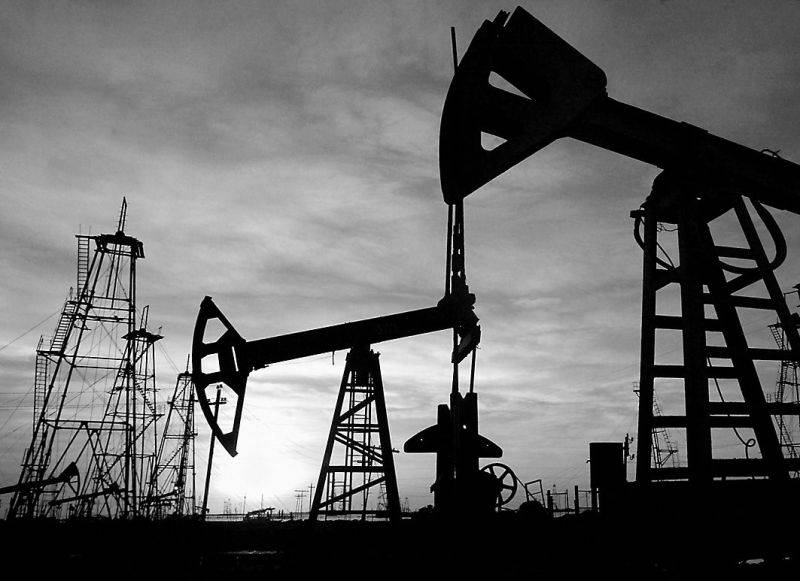 However, then almost no one paid attention to one important detail: before the reform, the dollar was worth 4 rubles, or 40 kopecks in the new calculation, and after it was held, the dollar rate was set to 90 kopecks. Many naively believed that now the ruble has become more expensive than the dollar, but in fact the dollar has risen in price significantly - 2,25 times, that is, from 40 to 90 kopecks in new terms. The same thing happened with the gold content of the ruble: instead of 2,22 g of gold, only 0,98 g of gold remained in it. Thus, the ruble was undervalued 2,25 times, and its purchasing power in relation to imported goods decreased by the same amount.

It is not for nothing that the permanent Minister of Finance of the USSR, the famous “Stalinist people's commissar” Arseny Zverev, who held his responsible post as early as 1938, learned that Khrushchev had signed the Resolution of the Council of Ministers of the USSR “On changing the scale of prices and replacing the currently circulating money in early May 1960” money, ”he immediately resigned, since he understood perfectly what this seemingly simple denomination of money would lead to. 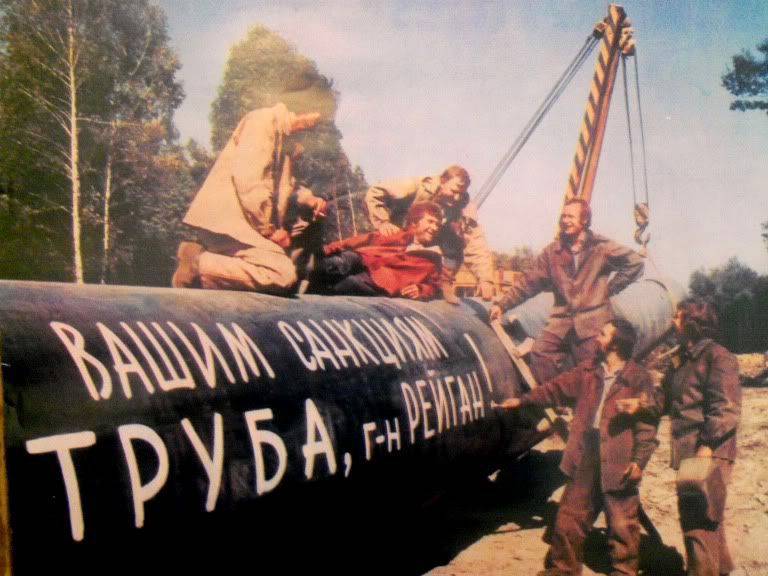 The fact is that immediately after the Stalinist monetary reform of 1947 of the year, the Central Statistical Office of the USSR (Vladimir Starovsky) recalculated the exchange rate of the new Soviet ruble, which had been pegged to the US dollar since 1937, according to the personal instructions of the leader. Initially, focusing on the purchasing power of the ruble and the US dollar, Soviet economists derived the ratio: 14 rubles per 1 dollar instead of the previous 53 rubles. But, according to the testimony of the then heads of the Gosplan and the USSR Ministry of Finance Maxim Saburov and Arseny Zverev, Stalin immediately dashed out this figure, indicated in the certificate of the CSB, and explicitly stated that the dollar to ruble ratio should be at the level of 1: 4, and no more.

The establishment of the gold content of the ruble and its isolation from the American currency were caused by three main reasons:

1) a significant reduction in retail prices, which significantly increased the exchange value of the new Soviet ruble;

2) the creation of a socialist camp, which prompted the Soviet leadership to give the ruble an international value level and replace the US dollar as the main clearing unit of account;

3) is an extremely aggressive policy of the US Federal Reserve, which, relying on the Bretton Woods agreement 1944 of the year, led the economies of many foreign countries to actual dollarization, to the output of the entire money supply from the real control of the national banking structures .

Therefore, in reality, the consequences of the Khrushchev reform turned out to be detrimental to our country both in the near and in the long term, because:

1) All imports and foreign goods, which for Soviet buyers have always been inaccessible, have sharply risen in price, have now generally moved into the category of luxury goods, and then speculation.

2) Prices in state commerce have changed exactly 10 times, but on the collective farm market they have changed only 4 – 5 times. As a result of this “imbalance”, a rapid outflow of products from state commerce to the highly collective collective farm market began, which rather painfully affected the well-being of almost all the people and, on the contrary, marked the beginning of total corruption in Soviet state commerce, as Agents began to massively sell all tradable goods, in particular, meat and sausages, to the collective farm market, at the same time fulfilling the sales plan and receiving from this simple radios essential fat in your own pocket.
3) During 1962 – 1963, hidden price increases in state commerce amounted to more than 60%. The situation is especially difficult in the regions, because if in Moscow and Leningrad the state trade was somehow controlled by local authorities, then in the regional, regional and district centers many types of food products completely disappeared from state trade and flowed into the collective farm market. As a result, the "Stalinist" store abundance, so characteristic of all 1950-s, was suddenly replaced by half-empty counters. Therefore, in order to somehow compensate for the outflow of basic products, primarily meat and sausages, to the collective farm market, it was decided to increase retail prices in state trade. And in May, the Resolution of the Central Committee of the CPSU and the Council of Ministers of the USSR “On the increase in prices for meat and dairy products” was issued on 1962.

4) Another cause of monetary reform, however strange it may seem, was the notorious oil. The fact is that in the postwar period in our country there was a huge increase in its production - from 20 to 148 million tons, and it was then, in May 1960, N.S. Khrushchev, with the support of a number of members of the Presidium of the Central Committee, primarily Anastas Mikoyan, Frol Kozlov and Nikolai Podgorny, is breaking through the decision to start large-scale export of crude oil abroad. In the first post-war years, the export of oil and oil products from the USSR was extremely insignificant and amounted to less than 4% of its total foreign trade balance in the country's currency earnings. The reason for this was mainly that all 1950-s barrel of crude oil on the world market cost less than 3 dollars, that is, 12 Soviet rubles, and the cost of production and transportation of Soviet crude oil was more than 9,5 rubles, that is, its export abroad was simply unprofitable. 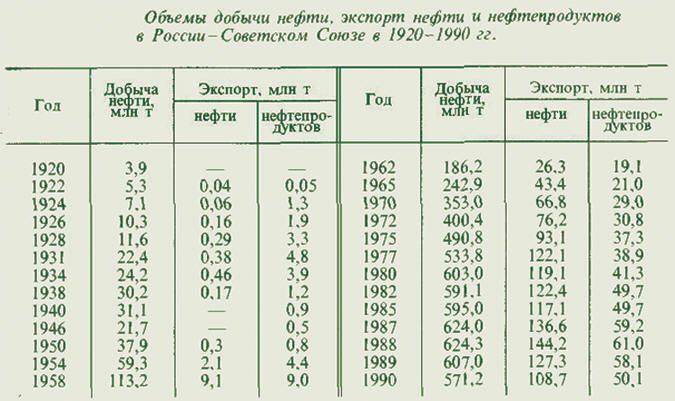 This export could become profitable only if the dollar will be given significantly more rubles than before. And since under Khrushchev, under conditions of a sharp increase in oil production, 7,5 began to grow and export abroad, it was necessary to change the dollar to ruble ratio to replenish the seriously emaciated budget, which became the “innocent victim” of all Khrushchev innovations in the industrial and agricultural sector of the Soviet economy. Now, with a change in the exchange rate of a barrel of oil in terms of Soviet banknotes, 2,7 new, or 27, old rubles began to cost, that is, 2,25 times more than under Stalin.

In this situation, with quite stable world prices for crude oil and preserving its previous cost, oil exports abroad turned out to be quite a profitable thing.

Thus, monetary reform was not a simple denomination. It brought irreparable harm to the country's economy and two chronic ills: dependence on oil exports and chronic food shortages, which later became one of the main economic factors that destroyed the Soviet Union.

Ctrl Enter
Noticed oshЫbku Highlight text and press. Ctrl + Enter
We are
"Khrushchev" as the first restructuringMyths of the Great Patriotic. Did Stalin have prostration in the first days of the war?
62 comments
Information
Dear reader, to leave comments on the publication, you must to register.