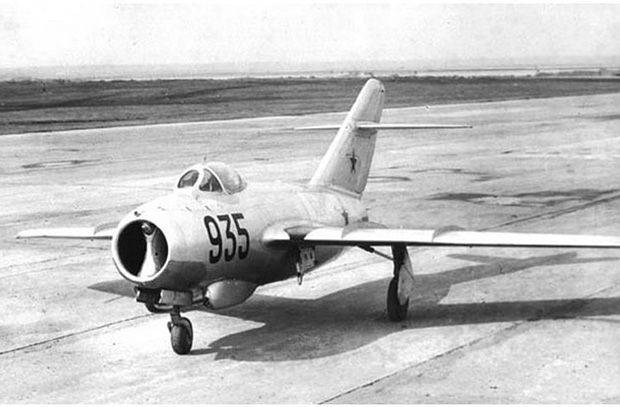 February 1 1950, the fighter MIG for the first time reached the speed of sound

Speed ​​is one of the key qualities of a combat aircraft. In this case, the "arms race" becomes a race in the truest sense of the word. Whoever is faster is closer to victory.

The rivalry of the speeds of combat aircraft was constantly from the moment of their appearance. Shortly after the end of World War II, the first jets approached the speed of sound - about 1191 km per hour. In October, 1947 was the first to break the sound barrier of Americans on an experimental Bell X-1 jet aircraft. A year later, the Soviet Union, destroyed by the recent war, caught up with rich Americans - our experimental jet aircraft La-176 in a dive for the first time exceeded the speed of sound.

From now on, the task arose of bringing to the speed of sound not only experimental, but also army jet Aviation. The first serial jet aircraft in the USSR was the MiG-15 fighter, created in 1947 at the design bureau of Mikoyan and Gurevich. Two years later, the combat vehicle went into mass production, and at one of the government meetings on aviation, Stalin personally ordered all further work to improve jet fighter aircraft on the basis of this particular aircraft. “We have a good MiG-15, and there is no sense in the near future to create new fighters, it is better to follow the path of modernization of the MiG ...”, the leader of the Soviet country said then.

One of the tasks of the MiG modernization was the issue of overcoming the sound barrier. The serial MiG-15 only approached this task and reached the maximum speed of 1042 km / h. The new experimental MiG received the name SI-1 and the swept wing located at an angle 45 degrees to the body of the aircraft.

The first flight of the prototype took place on January 14 1950 of the year at the airfield near Moscow in Zhukovsky (this experimental airfield is still working today). Test Hero of the new aircraft was appointed Hero of the Soviet Union, Lieutenant Colonel Ivan Timofeevich Ivashchenko. 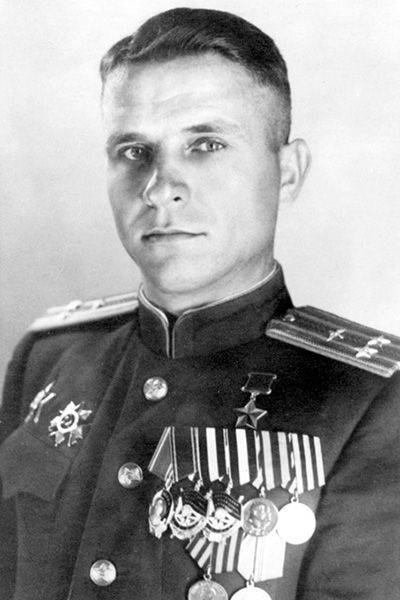 Ivan Ivaschenko. Photo: wikipedia.org
The first departure of Ivan Ivashchenko 14 on January 1950 of the year on the experimental SI-1 fighter was successful. The new aircraft on the 40 km / h exceeded the speed of the most recent modifications of the serial MiG-15. 1 February 1950 of the year in the next flight Ivashchenko at an altitude of 2200 m dispersed the plane to speeds above 1100 km / h, reaching the speed of sound. Then this speed was demonstrated at a height exceeding 10 kilometers. It was a major success in the “arms race”, the race of speeds and the qualities of the newest combat aircraft.

However, for such success had to pay lives, as in this battle. The fact is that when the speed of sound is reached, the so-called “wave crisis” occurs - a change in the airflow pattern of the aircraft, which leads to the appearance of previously unknown vibrations and other effects on the body, wings and empennage of the aircraft.

At that time, these features of the “wave crisis” at the speed of sound have not yet been investigated and are thoroughly known. 17 March 1950, the test pilot Ivashchenko's plane in a steep dive, was literally destroyed by a “ripple effect” - from previously unknown vibrations at new super-speeds, the aircraft’s tail unit could not stand.

Experimental SI-1 crashed, Ivaschenko died. At the cost of his life, he, a real combat pilot, gained new knowledge critical to the "arms race". The future MiG-17 received a different tail, a new design from new materials.

Already in 1951, this most modern fighter at that time went into mass production. The aircraft received at a high price turned out to be very successful, it was in service for almost 20 years, successfully fought against the newest US aircraft in the skies of Korea and Vietnam.

This fighter was produced not only in the USSR, but was also produced under license in China, Poland and Czechoslovakia - in total, over 11 thousands of MiG-17 copies of all modifications were produced. In total, this fighter was in service with more than forty states, and in most of these countries he had the opportunity to participate in hostilities - this MiG-17 is unique among all combat aircraft in the world.

Ctrl Enter
Noticed oshЫbku Highlight text and press. Ctrl + Enter
We are
Sons of ivanRed commanders on the Alley of Mig
14 comments
Information
Dear reader, to leave comments on the publication, you must to register.