We are "Charly Ebdo." Terrorist attacks of the week

February 2 2016
36
The selectivity of the West in condemning the terrorist attacks, as well as the lack of reaction of the "international community" in the face of the Western press to explosions, shootings and arson, perpetrated by terrorists in some countries that are not among the "developed", make ordinary people around the world indignant. Apparently, Syria or Nigeria are not countries that require international condolence. When explosions thundered in the USA, they stop drinking beer in Germany, and after shooting bearded men in Paris “progressive humanity” proclaims with sadness: “I am Charlie Hebdo”. If, at the hands of terrorists, a 86 man dies in Nigeria, the West for some reason does not say: “I am Maiduguri”. 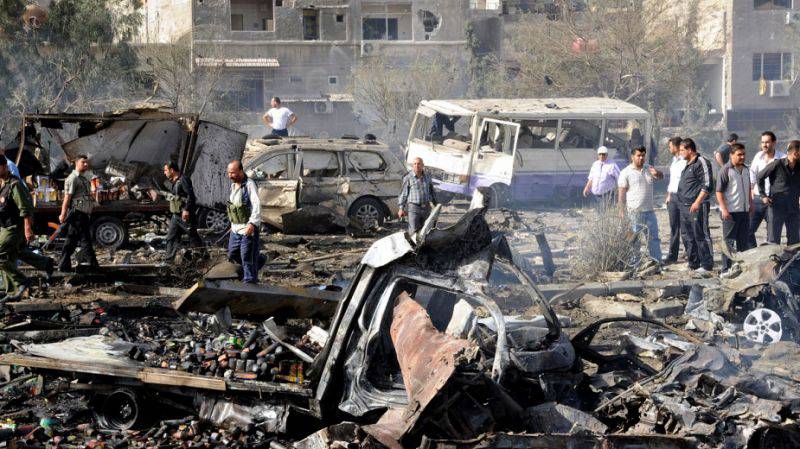 31 January Interfax reported that at least 86 people died as a result of the terrorist attack in Nigeria by Boko Haram militants. At least 62 people were hospitalized with serious burns.

According to the Associated Press, gunmen attacked a village located near the city of Maiduguri, the “homeland” of the Boko Haram group. Eyewitnesses also report that terrorists attacked nearby refugee camps.

According to eyewitnesses, the militants arrived in the village of Dalori on motorcycles and trucks, and were dressed in military uniform. Those who arrived threw explosive devices into the huts. One of the witnesses heard the cries of children burning alive. According to him, terrorists shot and blew up the whole Saturday.

According to Newsru.com with reference to Reuters, on January 28, two suicide bombers were blown up in a school in the north of Cameroon.

“A double bombing occurred at a school in the city of Kerava,” a representative of local authorities told reporters.

It is reported that so far no one has claimed responsibility for the attack, but the region has been constantly suffering from the attacks of Boko Haram.

The publication reminds that earlier, three days before the terrorist attack, the militants of this group, last March sworn allegiance to the Islamic State, staged the most bloody terrorist attack in Cameroon: 32 people died from an explosion in the market in Bodo, 66 was injured.

And where is the international community? Where is the loud "condemnation" of the UN? From the USA? From France? Where are the processions through the streets in protest against "Boko Haram" and in solidarity with the Cameroonians? Where are the banners: “I am Bodo”? See nothing and not hear.

Finally, a series of terrorist attacks in Syria.

31 January "Vedomosti" With reference to Reuters, a series of terrorist attacks in the Syed Zeinab area in Damascus were reported.

At least 45 people died and 110 was injured as a result of the attacks. In the specified area is one of the Shiite mosques. This densely populated area is a pilgrimage site for Shiites from Iran, Lebanon and other parts of the Islamic world.

The Syrian state news agency Sana notes that the militant group blew up a car filled with explosives near a public transport garage. And two suicide bombers blew themselves up at the time when the operation to rescue people who suffered from the first explosion was carried out.

According to the latest data, as a result of the attack, behind which the “Islamic State” stands, more than 60 people died and at least 110 were injured, reports TASS. Among the dead - more than twenty fighters of the militia units of the people, who in armed conflict stand on the side of the Syrian government forces.

And what about the "global community"?

Russian central media reports that neither the UN Security Council nor the Secretary General of the world organization, Ban Ki-moon, had any reaction to the terrorist attack in the suburbs of Damascus.

None of the fifteen members of the Security Council took the initiative. However, the correspondent notes, even if such a text would have been proposed, this does not mean that it would be accepted. Earlier, Russia has repeatedly launched an initiative to condemn the terrorist attacks in Syria, but often its efforts were blocked by delegations of Western states, who insisted on making amendments unacceptable for Moscow.

There was no official reaction to the death of people in the suburbs of Damascus from the office of the UN Secretary General. The deputy representative of the Secretary General, Farhan Haq, told Tass bluntly that they were not going to make any statements in connection with the terrorist act. He added: “But I can say that the general secretary condemns all terrorist attacks and attacks on any places of worship.”

More than sixty killed, many wounded and injured - and no “I am Damascus” to you. Apparently, not those people live in Syria, for which they would begin to grieve in Paris or Washington. Or at the UN headquarters.

But the silence of the UN Secretary General and the “world community,” that is, the political leaders of the West, means the tacit approval of the activities of the Islamic State. The one with whom the Western world allegedly fights. That same, part of which for almost a year has been the Boko Haram group. The one with whom the Syrian army is fighting. And the same one, from which not so long ago went hard to Paris and the Parisians.

Monsieur Hollande, have you forgotten about this? Why don't you go outside with a poster: “I am Damascus”? Or the French are more valuable than the Syrians?

Observed and commented on Oleg Chuvakin
- especially for topwar.ru
Ctrl Enter
Noticed oshЫbku Highlight text and press. Ctrl + Enter
We are
African "Caliphate". Northern Nigeria follows in the footsteps of the Middle EastIslamists, they are Islamists in Africa. All about “Boko Haram”
36 comments
Information
Dear reader, to leave comments on the publication, you must to register.