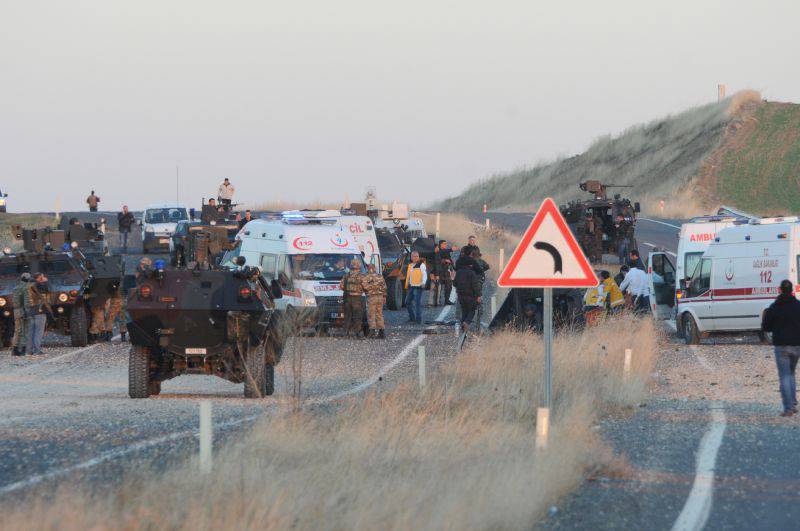 “On Saturday, 17 members of the separatist terrorist organization (PKK) were massacred in Cizre and five in Sura. Since the beginning of the 500 operation, the terrorists have been destroyed in Cizre and 149 in Sura, ”the release says.

In addition, "three more militants were killed in Cizre on Sunday after attacking a police officer who died in hospital from his injuries," the military added.

According to the report, “the security service defused 13 improvised explosive devices in Cizra and Sura and seized firearms from the militants weapon and ammunition.

Ctrl Enter
Noticed oshЫbku Highlight text and press. Ctrl + Enter
We are
The action “Military service under the contract is your choice!” In Rostov-on-Don: future contract servicemen, exhibitions and “Russian Knights”Results of anti-terrorist work on Dagestan in April 2014
43 comments
Information
Dear reader, to leave comments on the publication, you must to register.