"Helpless Liberals" will arrange a conference

February 2 2016
16
On the eve of the international security conference in Munich (to be held in February 2016), its organizers issued a report on the situation in the world called “Cross-border crises, reckless destructive forces and helpless defenders”. From start to finish, the document is riddled with pessimism. Experts do not doubt that the situation in the world is deteriorating. 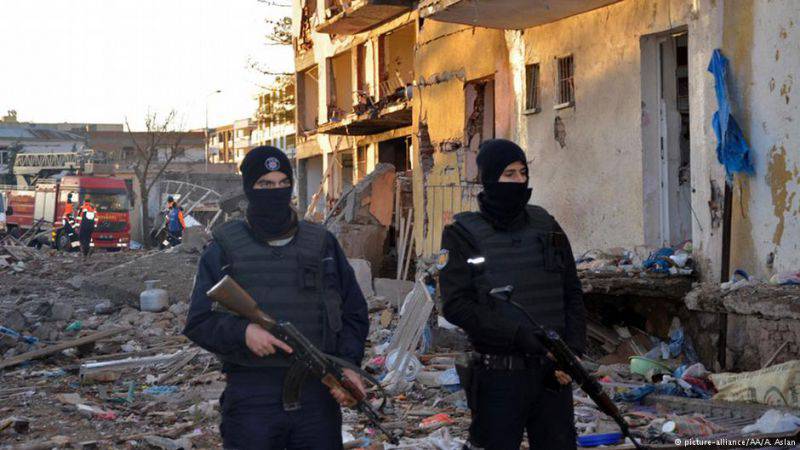 As noted by Kommersant, a report intended for the February conference scheduled for 12-14, is devoted to the situation in and around Europe. According to experts, the security of Europe is under threat: the war in Ukraine is not ending, and the war in Syria has plunged a whole region into crisis, which, in turn, has become the main cause of the mass exodus of refugees. In Europe, only in 2015, fifteen new “walls” appeared, and the existence of the Schengen zone was called into question.

Brussels is paralyzed today: precarious agreements on supporting sanctions against Russia, disputes over Greece and the fate of the euro, the threat of a British exit from the EU are preventing it from living normally; the popularity of nationalist ideology in some countries.

The head of the expert group and the chairman of the Mühnen Conference, the former high-ranking German diplomat Wolfgang Ischinger writes: “Unfortunately, one cannot expect a good year from 2016.” According to him, the traditional advocates of the liberal world order feel "more and more helpless."

As for Russia, experts declare the foreign policy pursued by Moscow, unpredictable and dangerous. Russia is not at all the key world power, as it tries to prove: "... its economy says the opposite." President Putin is named among the "unpredictable leaders" (along with R. T. Erdogan and others).

The confrontation between Russia and the West is fraught with the emergence of a new iron curtain in Europe: if Finland and Sweden join NATO, the division of Europe will institutionalize, a Euro-NATO “Western bloc” and a “Russian bloc” will be formed, between which several buffer states with unclear status will remain ” . Ukraine is already “stuck” between these conditional “blocks”. Inadvertent collisions between Russia and NATO states are also possible, for example, during maneuvers in the air or on water.

What do the experts think about this pessimistic and clearly disapproving report by Russia?

"In the" zero "years, when the Munich Conference was organized by adviser to the German Chancellor Helmut Kohl on foreign and defense issues, Horst Telchik, this forum was objective, and somewhere even sympathized with Russia, - said "Free Press" Colonel-General Leonid Ivashov, academician of the Academy of Geopolitical Problems, former head of the Main Directorate of International Military Cooperation of the Ministry of Defense of the Russian Federation. - But now the conference is under strong US influence. Nevertheless, the report of the Munich analysts should be heeded, especially in that part where the attitudes of the US, the EU and NATO towards Russia are analyzed. ”

According to the general, the trouble is that in 1990-e Russia rushed to the West, trying to assimilate the values ​​of the western system and rebuild the economy under its model. After the collapse of the USSR, the West “built the world for itself, primarily for the interests of global corporations and financial capital,” the expert noted. And this game of the West was a cheating game: “In this game of cheating with the West, we lost. And our main loss is the surrender of Ukraine. Building relations with Kiev was not necessary on the conditions of a market economy - it is always a competitor and dangerous. It was necessary to bring our peoples together, we needed common projects that would benefit both Ukraine and Russia. ”

“Yes,” the general noted, “in the Munich report, Russia is once again regarded as almost the main source of threats for Europe. In fact, our country has neither the strength nor the means to pursue an aggressive foreign policy. Today, Moscow is only trying spontaneously to protect its interests ... "

But do they understand in Europe that Brussels provoked a confrontation with Moscow?

“I think not,” said Sergey Yermakov, Deputy Director of the Taurida Information and Analytical Center of RISI, told “SP”. - Although, of course, the conflict between Russia and the West did not begin with the reunification of the Crimea, but much earlier. It began with the idea of ​​the USA and Europeans that it is necessary to draw dividing lines. As a result, when the Americans threatened us with their missile defense, the Europeans pretended that nothing was happening. On the other hand, they readily participated in the construction of military infrastructure around the Russian Federation within the framework of NATO and covered themselves with the rhetoric of a “reset”. Russia, moreover, was denied the right to project national interests into the nearest countries, territories that were formerly part of the USSR. ”

As a result, the West realistically describes the situation, but removes the main question: who is to blame for the confrontation? And since the West does not recognize the blame for itself, it becomes clear: the EU will not reconsider its foreign policy.

As Deutsche Welle one of the authors of the report for the conference, Tobias Bunde, the danger of involuntary escalation of conflicts is higher than ever. The unwillingness or inability of key Western states to take the lead led to a power vacuum and increased the risk of global crises.

The findings of the report sound disappointing: “In 2016, we are likely to face a period of increasing risks (including armed confrontation), uncertainty and fundamental change. He can initiate an era of instability in the world. ”

According to Bunde, for the beginning it would be good to analyze and recognize the current situation. The expert noted: “The report contains analysis, statistics and maps that show that we should allocate more intellectual and financial resources in response to challenges in international and security policy today and tomorrow. We have perceived much for granted for too long. ”

And one more opinion.

Alexander Tevda-Burmuli, associate professor of the Department of European Integration at MGIMO, commented as follows: "BFM" report and the situation in the world: “As for Russia, from the very beginning it was clear that the Ukrainian question will always be considered separately as extremely important for the European Union, for NATO and for the West as a whole. Therefore, our attempts to link this with our participation in the fight against terrorism, they initially seemed rather dubious. And now we see that these doubts are confirmed. The scenario of an early lifting of sanctions against Russia will be realistic only if the Minsk agreements are implemented. The signals now coming from the West are intended to encourage the Russian side to more thoroughly implement the Minsk agreements, and for this, as the Europeans say, the sanctions will be lifted. This is simply an attempt to once again stimulate the implementation of the Minsk agreements on the Russian side. ”

In conclusion, we recall that the Russian delegation at the Munich Security Conference is likely to be headed by Prime Minister Dmitry Medvedev. The conference will take place from 12 to February 14. To participate in it will come the leaders and heads of government of more than thirty states and about sixty ministers. And in their speeches they will have to, willy-nilly, be guided by the pessimistic report “Transboundary crises, reckless destructive forces and helpless defenders”.

Observed and commented on Oleg Chuvakin
- especially for topwar.ru
Ctrl Enter
Noticed oshЫbku Highlight text and press. Ctrl + Enter
We are
Turkey and Greece. Cold War airspaceRefugees from Syria. Will Russia accept immigrants from the Middle East?
16 comments
Information
Dear reader, to leave comments on the publication, you must to register.