February 1 2016
133
In the index of economic freedom, calculated by the Heritage Foundation and The Wall Street Journal, Russia was lowered to 153 places. In the meantime, financial analysts have announced that BRICS no longer exists, but there are TIKKS: Taiwan, India, China, Korea, South Africa. The recession in Brazil and Russia excluded these countries from the acronym. In Ukraine, the Russians are not doing well either: an expert from the American Foreign Policy Council points out that “Russian troops” can no longer “attack” there. In parallel, the Western media focused on the topic of corruption in Russia.


The table with indicators of the index of economic freedom can be viewed on the website. Heritage Foundation.

Russia hit the 153 place, scoring 50,6 points (–1,5 points) and hitting the very bottom of the list of countries whose economies are “mostly non-free”.

For comparison: Ukraine is classified by experts in the group of states with “depressed economies” (repressed) and placed in the 162 -th place. Here is located and Belarus (157-e place).

Thus, in Russia there is something else to “suppress”, and in Belarus and Ukraine, apparently, there is nothing left.

Western analysts have downgraded Russia internationally and in a different way - “canceling” the BRICS acronym.

According to the observer, the recession in Brazil and Russia has undermined faith in the old acronym. Today, investors have found a replacement for BRICS. A new group of attractive for investment countries called TICKS (TIKKS). The list includes Taiwan, India, China, Korea and South Africa.

Johnson claims that the technologically strong Korea and Taiwan squeezed Russia out of the top five, as well as Brazil, since the latter’s economies are mostly raw materials.

Analysts believe that the change in investor sentiment speaks of "the volatile nature of emerging markets and the world." He also recalls that high-tech services are in the foreground, but the commodity trade is fading into the background.

The founder of Copley Fund Research, Stephen Holden, argues that BRICS is no longer the engine of growth in emerging markets. Now the technology industries are rising. According to Copley, the average private equity fund reaching the markets of developing countries currently holds only 40% assets in BRICS, while in TICKS it holds about 54%. Moreover, in some of these funds, Taiwan and Korea account for at least 35% (called JPMorgan, Nordea, and Swedbank).

Do not forget foreign experts and the topic of Russian troops in Ukraine. About the "troops" told Atlantic Council senior fellow at the American Foreign Policy Council Stephen Blank.

According to him, Putin intends to "quit the game" in Ukraine.

According to the expert, the president of Russia “took control of the separatist forces”. How did he do it? Putin sent Dmitry Kozak "to build relationships" with "people's republics". Moreover, he sent to Kiev one of his assistants, Boris Gryzlov, with the goal of negotiating with Petro Poroshenko. Finally, the “gray cardinal” Surkov talked with US Undersecretary of State Victoria Nuland in Kaliningrad. These diplomatic "maneuvers," says the author of the article, are "quite indicative." 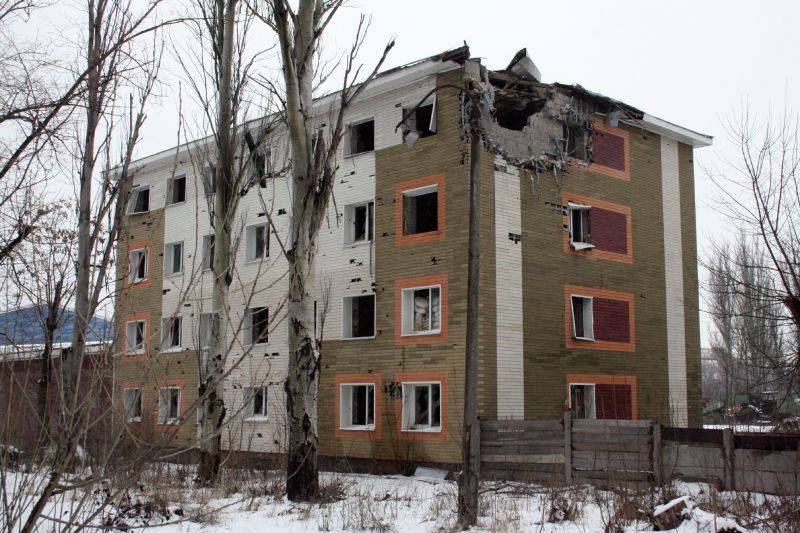 The analyst believes that President Putin has reached the "climax" in Ukraine: "Russian troops can no longer advance," because "they have gone too far." In addition, these troops "exhausted resources." And then there's the crisis in the Russian economy. It is clear to the author that Moscow “cannot afford” to conduct a “protracted war against Ukraine”. In addition, the costs of the Syrian campaign are growing. According to estimates of the analyst, Moscow’s spending on Syria has doubled to eight million dollars a day.

Having stayed in Ukraine is not a loser, Putin decided to become like a reasonable player in a casino: turn chips into money and leave the gambling establishment. And then suddenly luck turns away! Hence all this diplomacy.

The author himself knows how to deal with Russians in Ukraine.

1. It is necessary to “completely remove the Russian troops from the Ukrainian territory,” and to disarm the “militants”.

2. The West should “make” Russia get out of the Crimea. The referendum was held "at the barrel of the machine guns" of Russian soldiers, and therefore turned out to be fiction. Crimea, the analyst believes, is not at all part of Russia. After all, Brighton Beach (New York area), where many Russian immigrants live, does not occur to anyone to call it a part of Russia.

In addition, the expert proposes to return to the agenda the question of Ukraine’s membership in the EU.

In the United States, meanwhile, have sharpened the eternal topic of corruption in Russia. It became, as it were, the background for a new propaganda campaign, in which Russians are portrayed as absolute villains.

As recalled in Bloomberg View Leonid Bershidsky, a spokesman for the Russian president, Dmitry Peskov, has recently expressed dissatisfaction with “the active use of the Russian theme and the theme of Putin in the domestic electoral game in the United States themselves.” According to Bershidsky, such a statement is ridiculous, and this is obvious to every observer of the election campaign in the United States. The fact is that Americans care little about Russia. Voters are interested in the problem of clean water, loans for studies, jobs, and not at all Putin. Therefore, it is clear to the observer that Russian-American relations have almost lost the slightest courtesy.

As for Peskov, the observer believes that he is “disturbed” by statements by American officials about the corruption of Putin himself.

This topic is not taken from the ceiling; she was sharpened last week by the BBC in the movie Putin’s Secret Treasures. However, nothing new was shown in the film. Adam Shubin, director of the foreign assets control department at the US Treasury Department, said something there, declaring that the American authorities “long ago” know about Putin’s involvement in corruption. According to Shubin, “at the expense of state assets” Putin “enriches his friends and closest associates”. Shubin considers this kind of business "the personification of corruption."

But this is not news, writes Bershidsky. For many years, everyone knows that the profitable masters of the war goes to Putin’s friends, while his other friends stand at the head of state corporations and are personally enriched.

Another thing is interesting: Peskov refuted Shubin’s statement, but White House spokesman Josh Ernest asked whether Mr. Shubin’s words reflected the position of the Obama administration, responded positively: “This assessment was given by the Ministry of Finance, and I think it best reflects point of view of the administration. "

This is what “infuriated” the Kremlin, and at the same time the Foreign Ministry of the Russian Federation.

Peskov condemned the statements of the “so-called partners,” and Foreign Minister Lavrov called John Kerry and stated that the charges were “targeted inflating tensions.”

Bershidsky himself doubts that Putin "has saved a huge personal fortune." He just doesn't need it. And personal ownership of assets, even if fictitious, would open up opportunities for political blackmailers. Facts would have appeared in the press, Putin’s popularity would have gone downhill.

On the other hand, Bershidsky believes, the absence of such a state does not make Putin less corrupt. Mr. Shubin is right about one thing: “crony capitalism” is a real “corrupt system”. And the conclusion follows: the one who heads this system is a corrupt official himself.

This logic, the author believes, is obvious to representatives of the Russian authorities. That is why they do not intend to convince the Obama administration that the President of the Russian Federation is not involved in corruption. They object only to Washington’s violation of “diplomatic etiquette”: they don’t like the White House to mention the Russian system that has rotted from top to bottom.

The reviewer further recalls that Putin is the president of the country that occupies the 119-th place of 167 in the "Corruption Perception Index" from Transparency International.

For the sake of objectivity, Bershidsky advises Washington to send a sting of criticism to Ukraine: after all, two years after the “revolution”, this country takes the worst place in the same list, 130, in its place. However, do not hear that Washington officially accused of corruption or Poroshenko Yatsenyuk.

Historian and specialist in Russia, writing editor "The Nation" Stephen Cohen believes that the opponents of US-Russian detente again put sticks in the wheels of international negotiators. Cohen is confident that Washington, London, Ankara and Kiev are playing against Russia. This game also includes allegations of President Putin’s "corruption," which Cohen heard from the US Treasury Department. Such an approach, the scientist sums up, allows the United States to put Putin as a "worthless" partner for negotiations.

Cohen believes that as long as some capitals accuse Putin of all sins, the threat of a new cold war becomes more and more obvious and dangerous, reaching as far as the nuclear race.

The “lowering” of Russia and Putin has certainly reached a new level in the West. Diplomatic politeness has become a relic of the past. No, one cannot say that Obama and his officials have forgotten how to be courteous. However, for Russia, a reserved diplomatic tone has lost its relevance. If Washington’s official representatives are engaged in polite negotiations with Poroshenko, whose Ukraine’s corruption index is lower than Russia, or with people from Saudi Arabia, where homosexuals and “unfaithful” are cutting heads, then Moscow doesn’t need diplomatic etiquette.

Ctrl Enter
Noticed oshЫbku Highlight text and press. Ctrl + Enter
We are
Results of the week. “But is it not enough in Pedro in Brazil ?! And do not count! "BRICS: friendship against the dollar
133 comments
Information
Dear reader, to leave comments on the publication, you must to register.