IG forced to cut the salaries of militants (Atlantico, France) 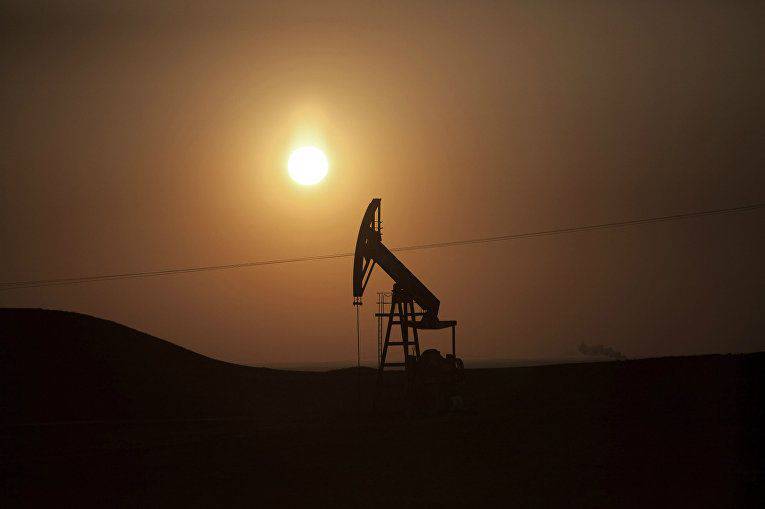 If you believe the official documents of the Islamic state that came to CNN, military spending forces the organization to halve the militants' salaries. And this can seriously affect their fighting spirit.

Atlantico: According to CNN, the Islamic state was forced to double the salaries of its militants. What is the reason for this phenomenon? What does it say about the organization?

Alexander del Val: There is no doubt that Russian intervention in the Syrian conflict has seriously affected the IG finances. In particular, this applies to attacks with Western support for trucks with oil and oil refineries. IG has lost control over a number of fields and is losing ground in strategic zones, which means a drop in profits for it. We believe that in some cases wages have ceased to be paid or have been cut several times. In parallel, the IG raised all taxes.

Activists and militants are paid less, benefits to women have been cut, businessmen and the population are crushed by taxes. Sometimes residents don't even have drinking water! Their living conditions have deteriorated sharply. Morale of the least convinced falls. This trend is marked by all intelligence agencies.

Alain Rodier: Received information that the salaries of "civil servants" (including militants) of the IG should be cut twice. This only reflects the well-known fact: the IS resources have declined markedly due to coalition airstrikes. It is a pity that the Americans began to beat on the oil convoys and oil distribution centers only after the Russians did. They set an example for everyone and shed light on the ambiguous role of the Turkish government. Turkey is the only country, part of the border of which is in contact with the territory of the IG. Washington is unhappy that the Turkish authorities are not tight enough to control it. In general, other areas of smuggling are also declining due to the attention paid to it and potential buyers. Be that as it may, there is still much to be done to find middlemen and final customers. The IS itself is not afraid of anything, but this is not to say about its “clients”, especially in the field of antiquities. Finally, ISIS cedes territory in Iraq and Syria and, therefore, controls fewer people. Since the number of "taxpayers" becomes less, this is also reflected in revenues. As for the colossal sums that were obtained as a result of the seizure of financial institutions, primarily in Iraq, these resources are gradually being depleted. The work of the state is expensive. Therefore, the “shura” (playing the role of the government council) took forced economic measures.

- Can a reduction in wages provoke desertion in the ranks of the IG? Will he have fewer recruits? Is it possible to consider IS as an organization of mercenaries?

Alexander del Val: IG is largely a mercenary organization in Syria and to a lesser extent in Iraq. Therefore, it is likely to take positions. Although radical Islamism will not perish in any case, other organizations will take the vacant seat. IG in Syria and Iraq suffers losses, which will certainly benefit its cells in North Africa, for example, in Tunisia and Libya. It is also worth noting Yemen and Saudi Arabia: the IG strengthens its position there, although al Qaeda still dominates.

The point of contact of all these groups is ideological in nature: we are talking about participation in the totalitarian movement. The mercenary side of the issue only helps to achieve loyalty, motivate families. Some of them could push children to become suicide bombers because of the benefits they were entitled to, but the starting point here is still ideology. It is rather not about partnership, but sponsorship. That is, it can not be fully called mercenarism. The word "mercenary" here should be used with caution.

Alain Rodier: I do not think that the IG activists will leave the movement because of the reduction in salaries. There are no unions there. In addition, net of mercenaries, primarily from the Caucasus, recruits go there not for money, but for the sake of ideology.

- Now the ISIS has to deal with desertion and a reduction in the number of recruits. Could this sign of a movement's weakness further strike its image? What explains such a general decline?

Alexander del Val: The bases were under fire, and the morale was undermined, in particular due to the loss of communication with the rest of the world. The borders of Turkey were not available due to the onset of the Kurds. Export is becoming an increasingly difficult task. In addition, strikes at oil refineries and oil transporting trucks seriously hit the wallet. IG largely relied on robbery. It was forced to expand in order to receive money for the maintenance of its social model. But if the IG loses part of its financial income, it is forced to save.

Only now the reserves of the loot will allow him to hold on for several more years.

Alain Rodier: In recent months, the number of foreign volunteers has really declined, albeit only slightly. The victorious aura of the IG has faded, and even those who refused to face the truth have become aware of his atrocities. Do not forget that in most cases, the IG kills other Muslims. In addition, the captious leadership of the IG denies volunteers who are looking for a "big adventure." The flow of defectors from other radical Islamist movements like Jabhat al-Nusra is declining or even starting to go in the opposite direction. Anyway, there are no special reasons for joy, because propaganda plays into the hands of al-Qaeda (Jabhat al-Nusra submits to it). There are about a hundred cases of the return of IG activists in Yemen under the wing of Al-Qaida in the Arabian Peninsula. ”

The IG realized the threat. It is forbidden to leave the organization, and all who decide on this are considered traitors with the ensuing punishment ... In Mosul and Rakka, there were already executions of deserters. Oddly enough, it resembles a situation during the defeat of the Nazis. Traitors cruelly punished. In any case, a lot of resources still remain at the disposal of the IG, and Rakka and Mosul will not fall from day to day. It is even capable of counterattacks, as was the case last week in the Syrian Dair Al-Zaur. Do not overlook the external cells: Sinai, Libya, Nigeria, Afghanistan, Pakistan, the Far East. Terrorist attacks can thunder at any time, and all coalition countries in Iraq and Syria are potential targets.

- How does weakening the IG play into the hands of other terrorist movements? What exactly?

Alexander del Val: This weakening clearly plays into the hands of al-Qaeda in the Maghreb, Iraq and even Afghanistan. If the IG weakens, Al-Qaida becomes stronger. For example, we are witnessing the return of Akim and Mokhtar al-Mokhtar, who is behind the sensational attacks in West Africa.

The recent terrorist attacks in Burkina Faso marked the return of al-Qaida to the world level in competition with the IG.

As the main competitor of the IG, which until now was considered the undisputed leader, Al-Qaida benefits from every miss.

Therefore, she has not said the last word.

Alain Rodier: There is no place for emptiness in nature. In Syria, Jabhat al-Nusra and other radical Islamist movements benefit from what is happening. In Yemen, this is AQAP. In the Sahel, the IG managed to gain a foothold only in the north of Libya and Nigeria: most of the zone is controlled by AKIM and groups like Ansar Din and the Jihad Unity Movement in West Africa.

IG is not defeated, although losing ground in Iraq and Syria. It compensates for this by activating external operations. This can be seen from the incidents in Libya, Chad, Cameroon, Paris, etc.

Author:
Alexander del Val is a recognized geopolitologist, a lecturer in international relations at the University of Metz and a former employee of the France Soir newspaper. Alain Rodier is a former high-ranking French intelligence officer, deputy director of the French Center for Intelligence Research, an expert on Islamic terrorism and organized crime.
Originator:
http://www.atlantico.fr/decryptage/epreuve-verite-etat-islamique-face-aux-risques-desertion-djihadistes-dont-vient-diviser-solde-deux-alexandre-del-valle-alain-2564006.html

Ctrl Enter
Noticed oshЫbku Highlight text and press. Ctrl + Enter
We are
Countries that allowed women to fight and kill (history in 19 photos)Iron call
31 comment
Information
Dear reader, to leave comments on the publication, you must to register.