The “outdated” Russian army shocks the West and Israel with high-tech equipment (The Independent, United Kingdom) 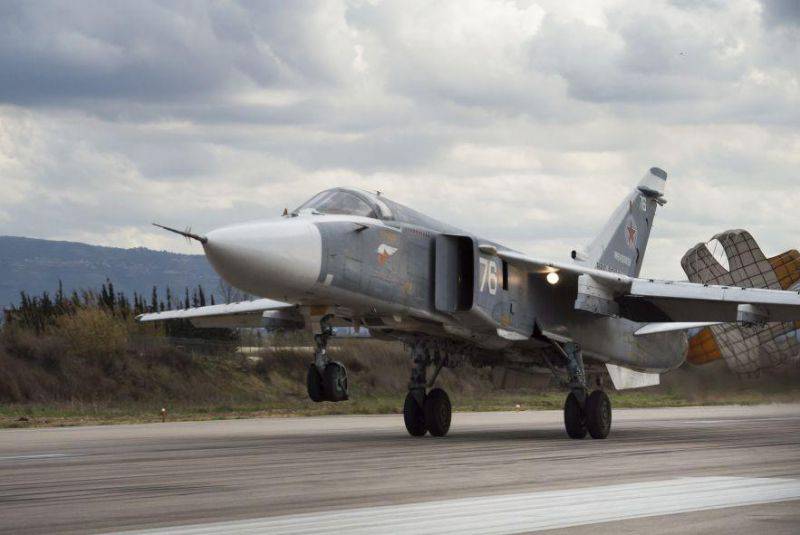 Their military equipment and strategy are “outdated”, the bombs and missiles of their air force are “more stupid than smart”, and their Russian fleet is “more rusty than efficient”. For several decades, this was the prevailing opinion of Western military leaders about their Russian counterparts. But what they saw in Syria and in Ukraine was a shock for them.

In Syria, Russian military aircraft made more sorties a day than a coalition led by the United States produced in a month. The Russian Navy launched missiles from the Caspian Sea over a distance of more than 1,5 thousands of kilometers and ensured the safety of supply lines leading to Syria. The air defense system deployed by the Russians in Syria and in the east of Ukraine made the possible strikes of the West against the Assad regime and the Ukrainian separatists extremely dangerous.

The commander of the US Army in Europe, Ben Hodges (Ben Hodges) recently said that Russia's success in the development of electronic warfare in Syria and Ukraine - that is, in the area where the Russian, by all accounts, has always seriously lagged behind - "fabulous".

The commander of the US Air Force in Europe and Africa, General Frank Gorenc (Frank Gorenc) reported that Moscow is now deploying anti-aircraft complexes in the Crimea, which the Kremlin annexed last year, and in Kaliningrad, an enclave located between Lithuania and Poland. According to him, as a result, NATO aircraft will be extremely difficult to safely reach some areas, including a number of regions of Poland.

Russia is watched with alarm not only by NATO members. Israel, too, is watching the buildup of Russia's military potential at its northern border in Syria and wonders what this will lead to. Israel suspects this is a high-tech weaponwhich is already in the Middle East will eventually fall into Iran, which is considered an existential threat to Israel, or into the hands of other Arab states, thus nullifying all of Israel’s advantages over its airborne neighbors.

It is this military power that underlies the strategic triumphs of President Vladimir Putin. Moscow’s intervention in the Syrian conflict has changed its course, and what is happening in Syria now depends largely on its will. The Ukrainian conflict became “semi-frozen” - on its terms. Russia has entered into an alliance with the Kurds, not paying attention to the outrage of Turkey. More importantly, the Russians are now returning to Egypt - on a scale not seen in the last 44 of the year, since President Anwar Sadat has driven them out.

In an interview with The Independent, one of the leading analysts of the Israeli military intelligence said last week: "Anyone who wants to do something in this region should turn to Moscow."

Putin takes pleasure in pointing out the significance of the fact that the West has finally realized that the weapon, “the first thing really is ... and it really is of high quality. The third is that there are people who are well trained, trained, and who can use it systematically. And fourth, Russia has the will to use it if it is in the national interests of the state and the Russian people. ”

In Syria, the Russian Air Force daily inflicts as many blows (up to 96) as a coalition led by the United States inflicted per month. And according to Western military strategists, this is very different from how quickly the NATO alliance felt the burden of bombing campaigns in Libya and Kosovo.

One of the reasons for such a limited number of combat missions is that Sunni states belonging to this coalition do not conduct any operations, focusing on Iranian-supported Hussites in Yemen. And most of Turkey’s military operations are directed against the Kurds, and not at all against ISIS.

According to Western military officials, Russians also strike other rebel groups under the pretext of attacks against ISIS, and they are less picky about their targets, because they pay much less attention to evidence of civilian deaths, as well as due to the lack of precision weapons.

But Russia has never promised that it will attack only ISIS. Moreover, she said she would fight "all terrorists." And the list of "terrorists" - which is very convenient for Mr. Putin and President Bashar al-Assad - included rebel groups of a more moderate sense. The experience of the Chechen wars shows that the Kremlin is much more willing to dismiss "collateral damage" than the West. It is worth noting that at the initial stage of the Syrian mission of Moscow, the Russian military used an insufficient number of guided bombs and missiles: Moscow’s statements that it used high-precision weapons do not stand up to scrutiny.

Among the airplanes, rockets and bombs that were used at the beginning, there were both old ones, left from the Soviet times, and relatively new ones. In Latakia, there are now 34 aircraft with a wing of unchangeable geometry: X-NUMX Su-12 bombers and four Su-25CM, 30 aging Su-12М24 and six Su-2. There are also helicopters and an unspecified number of UAVs.

However, now more and more old aircraft are being replaced by advanced Su-34 bombers. One of the reasons is that such aircraft as the Su-25 - a veteran of the wars in Chechnya and Georgia - are vulnerable to man-portable air defense systems that are suspected by Moscow, Turkey and Saudi Arabia to supply to the Sunni rebels.

The deployment of advanced air defense systems began to gain momentum from the moment the Russian bomber crashed down by the Turkish Air Force. The Triumph C-400 system is of great concern to Israel, which fears that it may be in the wrong hands. This system consists of a radar that continuously monitors the sky, and a battery of rockets that are capable of hitting targets at a distance of 400 kilometers. One such system is located at the Russian military base in Latakia, and about half of Israel’s airspace falls into its cover area.

The deployment in Russia and Syria of Ukraine of electronic warfare, such as Krasukha-4, which can interfere with interfering radiation on Avaks and satellite radars, was another sobering discovery for NATO. Deputy Chief of the US Army Cyber ​​Command Ronald Pontius (Ronald Pontius) said: "We can not come to the conclusion that the speed of our progress is inferior to the growth rate of the threat."

Complaining about the increase in Russia's military potential and expressing concern about the capabilities of NATO, General Gorenk acknowledged that Russia does not violate any international agreements and "has every right" to deploy these systems. According to him, in Syria, the Russians use “cruise missiles, they use bombers. Obviously, they are striving to demonstrate the means at their disposal in order to influence not only the events in this region, but also the situation around the world. ”

That is their goal. Now the West needs to decide whether to respond to this by initiating a new chapter of confrontation with Moscow, or continue to adapt to its growing ambitions.

Ctrl Enter
Noticed oshЫbku Highlight text and press. Ctrl + Enter
We are
The Independent: Russian “rusty old stuff” has become a high-tech shock for the West and IsraelSituational analysis of the death of the MH17 flight (Malaysian Boeing 777), made on the basis of engineering analysis from 15.08.2014
103 comments
Information
Dear reader, to leave comments on the publication, you must to register.