February 1 2016
96
An information campaign launched in Britain and the United States against President Putin himself, is in fact an unprecedented phenomenon. Such a powerful reel goes not just against the current head of state, but against the country's leader, the level of Russia. This in the world stories It was not very long ago. And it does not matter that the authors did not present any serious evidence: they, as practice shows, are not needed in such actions. Suffice it to recall that it did not take evidence of the genocide of the Kosovo Albanians to begin the bombing of Yugoslavia. As there was no evidence of Iraq’s development weapons mass destruction. The truth is this: if you are weak, then before the strong you are guilty. By definition. The audience of the Anglo-American channels is such that it does not require proof: it is enough for it to indicate the “bad guy” as in comics.. 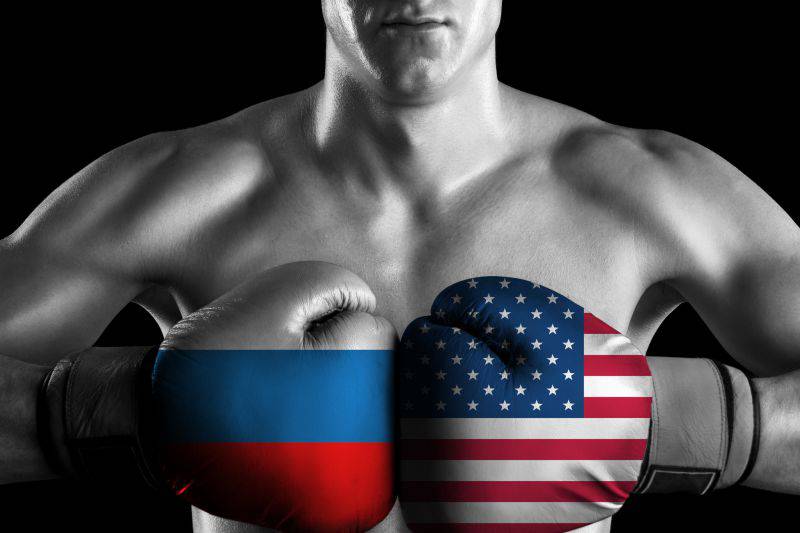 The current informational harassment doesn’t have as its target audience us, ordinary Russians. She actually has several recipients. First of all, this is a simple western (mostly English-speaking, of course) viewer and taxpayer. They are trying to explain to him why sanctions against the Russian leadership and the Russian Federation as a whole will be preserved and tightened.

The second target audience is some politicians in Europe, and partly in Asia, who are trying to rebuild their destroyed bridges with Russia. But the restoration of ties is unthinkable without personally communicating with Putin - and that is what is now being made impossible for them, for many will simply be afraid for their careers. The phrase “linked to Putin” in itself turned into a grave accusation for any leader in the West, which the authors of the information bombardment sought.

Well, the most important thing. The third part of the recipients of the information "message" is located directly in Russia. These are high-ranking officials directly connected with the West: having houses in London or on the Cote d'Azur, accounts in Switzerland, summer houses in Miami, whose wives and children have been living in the above-mentioned places for a long time. We have not just a lot of such "servants of the people", but a lot of them. Such attacks from Britain and the United States are intended to cause confusion in their ranks - and push for action. Historically, it is enough to recall the role of the British in the assassination of Paul I and the overthrow of Nicholas II and the direct participation of Americans in the liberal coups of 1991 and 1993. Moreover, potential couplers are not allowed to come to their senses: they are literally given a choice - either Putin or London. And, they say, decide faster.

These are, in general terms, the goals of the other side. But there are mistakes that she has already made. The main one is a false start. Putin’s authority in Russia is still quite large, although it tends to decline for objective reasons. However, the media machine was launched at full capacity. This means that for the elections to the Duma, when in the Russian Federation, most likely, they are preparing an analogue of Maidan, all the sensations will simply fizzle out, like open champagne too soon.

The reason for such a rush abroad, in general, is understandable. A presidential election will be held in the United States in November and the Democrats urgently need to present a resounding victory to the public. By the 2012 elections of the year, they acquired the heads of bin Laden and Gaddafi, which allowed Obama to beat Romney with only a slight margin in 4%. This time, the Democratic Party is clearly going to achieve an even louder victory and closer to the elections, for maximum effect and success. Our overseas "friends" clearly believe that this task is within their reach.

However, it is not necessary to overestimate the influence of external forces. Any attempt to arrange a “Maidan” (by this term, we mean the apical coup disguised as an uprising of the masses, and not a real popular revolution) specifically now, with the strong positions of the head of state, can try to make either desperate or not very smart conspirators. How many people like that? Hardly. Representatives of the upper class of the Russian Federation have something to lose if they fail, and gains from a successful outcome will be extremely small. True, this is true only now, in February 2016. What will happen in six or twelve months, especially in the apocalyptic scenario in the economy or in foreign policy, at the moment no one will say.

For us, ordinary citizens of the Russian Federation, it is important to understand that the number one goal is, of course, not Putin. The goal is all of us and one eighth of the land. However, many of us do not need to explain this.

Ctrl Enter
Noticed oshЫbku Highlight text and press. Ctrl + Enter
We are
Armored vehicles of Yugoslavia. Part of 6. Wars in the ruins. Bosnia and Herzegovina. Kosovo. MacedoniaResults of the week. "Well, what's wrong with us? .."
96 comments
Information
Dear reader, to leave comments on the publication, you must to register.