February 1 2016
146
Last Thursday, an event took place in the State Duma, about which no information appeared on the official website of the Russian parliament. Here, in the format of a round table, a discussion of the draft law “On Private Military Security Activities” was held. In December, Gennady Nosovko, a deputy from the Fair Russia party faction, introduced him to the State Duma. Now the deputies, experts interested in the law of the person are involved in the discussion of the norms contained in the specified project. 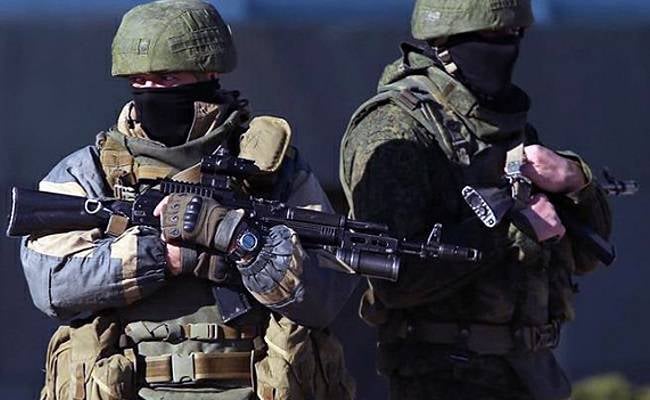 Lobbyists of private military companies went on the fifth attempt

Apparently, the State Duma apparatus considered the event unworthy of public attention, because the information on the discussion of the draft law appeared only on the official website of spravorossov. This attitude of the Duma members to the new initiative of the deputy Nosovko is explained by the fact that this is already the fifth attempt to legislate private military companies (PMCs) in Russia. The first four failed at the stage of the so-called zero reading.

According to experts, the failures of the bills are largely due to the fact that the topic of private military companies in the eyes of the public is directly associated with hired military activities. Many deservedly consider it unacceptable. There is even an 359 article “Mercenary” in the Russian Criminal Code. It provides for punishment (imprisonment for a term of four to eight years) for recruitment, training, financing or material support of a mercenary. For illegal military activities will be punished no less seriously.

There is nothing surprising here. In the Russian mentality, mercenaries have always been a threat to the world and humanity. At best, they were called "wild geese", and not at all "soldiers of fortune," as they formed the image of this public in Western countries.

It all began in the sixties of the last century, when British Colonel David Stirling created the first private military company Watchguard International (WI). She worked for the Allied British governments and international organizations, carried out "delicate operations", the participation in which the military personnel of the state itself could have undesirable political or economic consequences.

David Stirling created several private military companies. There was, for example, another Kilo Alpha Service. She fought poachers in South Africa on a contract with the International Wildlife Federation. Along the way, she trained armies of warring political forces (ANC and Inkata). As they say, nothing personal - only business.

This business has grown across countries and continents and has almost become legal. According to experts, already in the 90-e years PMCs trained troops in 42 countries and took part in more than 700 conflicts. In the new century, the expense of private military armies exceeded one hundred. They say that they already have more than a million (some authors call the figure of five million) employees, and the turnover of the business has exceeded 350 billion US dollars.

The Economist calls a more modest figure - over $ 100 billion. However, even the low-key assessment of British economists puts the PMCs above the gross domestic product of dozens of states - about a 60 place in the world economic rating. For example, it is higher than Azerbaijan, Belarus, and other countries of the post-Soviet space close to us (in this list, only Kazakhstan and Ukraine have better indicators than PMCs).

Hence the interest of Russian business in private military activities. According to observers, retired generals and oligarchs are lobbying for it. Their efforts have not yielded any meaningful results. Initially, having directly designated the purposes of the PMCs in the draft law “On Private Military Security Companies”, they faced legal casuistry — in the Russian Civil Code legal entities are classified as commercial and non-profit organizations, but not companies. I had to adapt. The options “On State Regulation of the Establishment and Activity of Private Military Companies”, “On Amendments to Certain Legislative Acts of the Russian Federation” have appeared. But they also found a discrepancy with the norms of Russian legislation.

High government officials joined the topic. In 2012, at the retreat in Tula of the Military-Industrial Commission (MIC), Deputy Prime Minister of the Russian Government, Dmitry Rogozin, said (I quote from RIA News): “Today we are considering the issue of the formation of an interdepartmental working group on the problem of creating private military companies in Russia. The group’s task will be to prepare (taking into account the monitoring of private security initiatives of the private sector, as well as the state of the main trends of the world private services market) for the feasibility of creating private military companies in Russia.

Dmitry Rogozin will return to this topic more than once. But lawmakers will support him only in 2014. The LDPR faction of the Pskov Regional Assembly of Deputies will do this. She will develop the project “On Private Military Companies”. Franz Klintsevich, who was the deputy chairman of the Duma’s defense committee at that time, actively protested that it was not the competence of the regional deputies, that the draft law should be drafted by the Ministry of Defense and the State Duma deputies.

In the autumn of 2014, the new version of the PMC bill was introduced by the already-mentioned spravoross deputy Gennady Nosovko. The idea was once again unpromising and did not even reach the first reading.

PMCs on the protection of national interests?

Now on the table are Duma members a new version of the law, which is intended to legally regulate the activities of private military companies in the Russian legal field. After all, now it is prohibited in our country. Few PMCs operate within the framework of the law “On private detective and security activities in the Russian Federation”. He, however, seriously limits the capabilities and appetites of companies.

Opening the discussion, MP Gennady Nosovko said: “The previous version of the bill did not find understanding and support, so my colleagues and I took it up. Now it turned out almost a new bill. ”

The discussion in the Duma showed that the Russian mentality has not changed over the year. Experts believe that the state will no longer transfer powers in the sphere of defense and security into the hands of private entities. This is how Igor Korotchenko, editor-in-chief of National Defense magazine, declared this to NSN: “If such organizations were needed, they would have already been created. From the point of view of performing functions related to defense, security, and training of military personnel, all these questions remain in the jurisdiction of the state. There will be no delegation of authority in this area to anyone. ”

Igor Korotchenko allowed the use of PMCs abroad, but for strictly limited tasks. “They would be appropriate to protect the areas of gas and oil production of those large Russian companies that work abroad. To ensure, for example, the protection of ships while passing in those areas where sea pirates are operating. ” A similar opinion was expressed by Vladimir Putin when he was prime minister.

Business representatives see their goals a little differently. Thus, Oleg Krinitsyn, general director of RSB-Group (positioning himself as a “Private Military Consulting Company”) who spoke at the discussion of the draft law, stated that the main purpose of the new law should be regulation of PMC activities as “a fine instrument of the state for use in those regions where it is not always advisable to use regular troops. ” (Hello to British Colonel Stirling!)

Oleg Krinitsyna was supported by State Duma deputy Maxim Shingarkin: “We all understand what lies at the heart of such a law, and we must honestly say that if we set the task of legitimizing the actions of citizens of the Russian Federation on the territory of third countries, including in the context of warfare then we must by this or another law provide for the right of citizens of the Russian Federation to carry out such actions in the interests of protecting themselves, their relatives, the interests of third parties including in the absence of any organized process in the form of security organizations.

The thought of the deputy Shingarkin, even if expressed not very wisely and elegantly, was developed by Valery Shestakov, one of the developers of the draft law, an expert of the Duma security committee. He sees the commercial activities of PMCs (the word “commercial” Shestakov emphasized), aimed at “implementing the plans of the Russian state to protect its national interests.” That's it - no more and no less.

All these throwings between commercial and national interests indicate that the developers of the law today are closer to the appetites of business than to public goals. Attempts, as one witty put it, to make “wild geese” homemade, say only that, as before, the legislators have no understanding, what is the public request for PMCs? And is there one? This is reflected even in the details of the bill. In particular, the licensing of PMCs is to be transferred in some cases to the Ministry of Industry and Trade, in others - to the Ministry of Defense, and in the third - to the FSB. The range is from routine trade in services to hotel and military planning. The customers of the alleged services of private military companies are equally uncertain in the text. Not surprisingly, the discussion of the draft law has given birth to more disputes than consent, and the prospects for its reading in the Duma have become very vague.

Meanwhile, the number of private military companies in the world is increasing. Experts attribute this to the growth of private capital independence. Others speak even more precisely, - about the power support of the goals of transnational corporations. Does Russian business need such support? It seems that without a clear answer to this question one can hardly count on serious commercial prospects for Russian PMCs and legislative support for their activities ...

Ctrl Enter
Noticed oshЫbku Highlight text and press. Ctrl + Enter
We are
Soldiers for rentWill there be private military companies in Russia?
146 comments
Information
Dear reader, to leave comments on the publication, you must to register.