February 1 2016
5
The name of Mikhail Arkadyevich Svetlov is not included in the school literature program. Unfortunately, you can’t call him a poet who is popular with modern youth, although fathers and especially grandfathers of this very youth certainly know the famous once-famous Grenada.


Svetlov was born and raised in Dnepropetrovsk, his family was very poor. So poor that when the future poet, but for now the fourteen-year-old boy brought his first fee for poems printed in the newspaper, there was enough money only for a loaf of bread. But this loaf has become a real happiness.
"Grenada" was released in 1926 year on the pages of the newspaper "Komsomolskaya Pravda". And immediately became a favorite. She was recited and sang (the best melody was composed by Viktor Berkovsky, but much later - in 1954) literally everything and everywhere: in squares and in the barracks, in hikes and demonstrations. These lines sounded in Spain, near Guadalajara - Russian pilots sang them and "handed over" to fighters from other countries. "Grenada" became the anthem of prisoners in the fascist death camp Mauthazene ...

Mikhail Arkadevich himself was at war and reached Berlin. True, very little is said about this and sparingly is written by literary sources.

And in the Lipetsk region there lived a war correspondent, a gentleman of the Order of the Patriotic War, the author of the five-volume work "Great Patriotic War in documents and photographs" Ivan Alexandrovich Narcissus, who served along with Svetlov. Here are the memories of the poet, I hope they will interest you ...

“In the name of Mikhail Arkadyevich Svetlov, I remember not only his well-known Grenada, Italian, Song of Kakhovka and other poems, I also remember him in the war.

I happened to know Svetlov closely: in 1944-45, we served together in the newspaper 9 of the separate tank corps “For the Victory!”. We were associated with a poet by companionship: they ate from the same pot, slept side by side on straw, and visited parts and divisions together.

Turning today to Svetlov's collections of poems, we find there a few front-line works. Perhaps this is due to the great exactingness of the poet: he selected only the best for collections. In addition, Svetlov did not collect poems published in the soldiers ’newspapers; he didn’t take any literary archives along the front roads with him. Mikhail Arkadyevich believed that the task of each of his poems was to help the fighters raise their spirits or distract them from military experiences and thoughts. And that these poems would be interesting to other generations, or, as many advised, it was possible to earn money by creating a new collection, Svetlov did not think about it at that time. He was a generous man, gave his work recklessly. 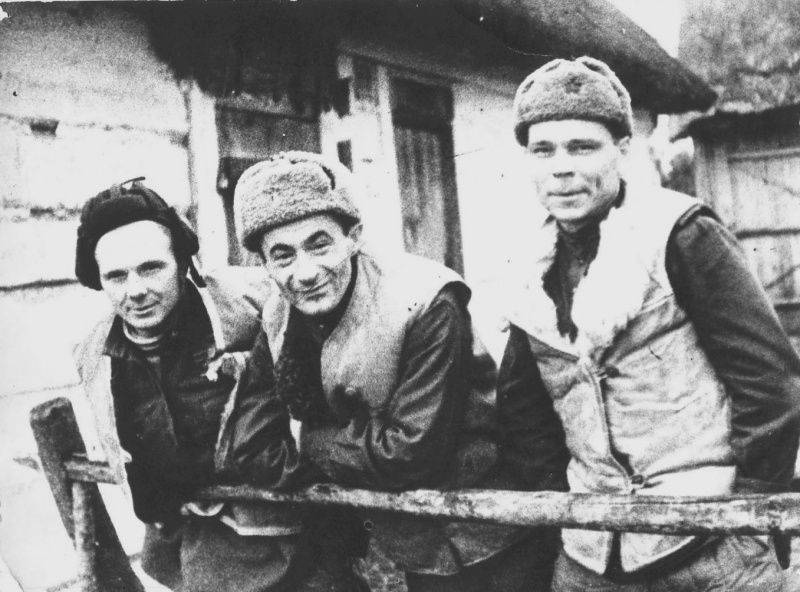 Meanwhile, Svetlov’s poems published in a soldier’s newspaper always, as the soldiers themselves admitted, added strength to them to fight with the fascists. I must say, the poet himself did not run from battles and advanced. He participated in many battles, although in the editorial it was strictly forbidden. Before my eyes, Mikhail once pulled out a boy of five or six years from the battlefield (it was in Belarus, near a small village). For fear the child did not understand anything at all, for a long time he could not answer a single question. Svetlov in his arms brought him to the editorial office, ran to the cook, fed the boy with borsch, sang songs to him. Then, when the boy recovered from the horror and realized that he had come to his own, he said that the fascists killed my mother, he is now alone. We sent the boy (in my opinion, his name was Yura) to an orphanage, but Svetlov questioned the villagers, found out the boy's name and the names of his parents. Someone from the neighbors found in the destroyed house where Yura lived a letter from his father. Svetlov himself wrote to this part, told him where the child is now. After the war, the poet and father of Kudinov came to the poet from Belorussia — that very letter from Svetlov helped them to find each other.

In general, Mikhail Arkadyevich was very attentive to the fate of each person. It happened that letters from wives and mothers looking for their husbands and sons came to the editor from the rear. Svetlov tried to publish these letters not in one, but several issues, often when leaving for the assignment, he took newspapers with him and showed them to the soldiers. Once, I remember, a letter came from a woman who lost her husband. For some signs, she believed that he was fighting in our 9 tank corps. Unfortunately, we did not know this fighters. And the circumstances were such that Svetlov had to leave, that is, he could not show the newspaper to the soldiers himself. Then at night he took the whole print run to his dugout, marked this letter in red pencil and wrote: “Comrade! Be sure to read the ad and give the newspaper to another fighter! ”

Guns beat without failure!
Earth shudder raw!
And the army before the order,
Like a cloud before a thunderstorm!
He will hit with a triple -
In the guns hidden thunder,
And the reflections of the close battle
On your leather helmet.
We know the life of war,
Weapons Russian honor.
Always, responding to the Commissar,
Flies report: "Yes!"
There is - in the very depths of defense
News of ours tanks armor!
There is glory! There are - our banners!
There is a heart to meet the fire! ..

2 May 1945, Berlin capitulated. The fallen city lay in ruins. Over the dome of the Reichstag was flying the Victory Banner.

May 5 Mikhail Svetlov, a literary employee of our newspaper Romanyuk and I, as part of a group of officers of our tank corps headquarters, arrived in the Reichstag area. The Brandenburg Gate was completely destroyed by shell fragments and bombs. The gray large building - the Reichstag - was also damaged.
All the openings of the windows were bricked up, only small holes remained - the fascists used them as embrasures during the battles. The dome on metal trusses was without glass.

Going inside, we immediately ran into a hollow silence. Walked a draft, raising the whirlwinds of stationery, something else burned, smoked, smelled of fumes. Svetlov and I climbed up the floors to the broken stairs.

Everyone who visited the Reichstag signed on the outer walls and columns. Our people left inscriptions harsh, full of hatred for the enemy and love for their homeland. What is signed? Who had what was at hand: with chalk, bayonet, knife, coal, shell splinter ... Everything was written at the height of the raised hand. We stood on the ledge of the wall to sign. And later, the warriors from different units signed up higher and higher, right up to the eaves ...

... early morning 1945 of the year. A messenger from the general came to the editorial office with an invitation to appear at the officers' meeting for those of us who are not busy releasing an emergency edition of a newspaper dedicated to Victory Day. At the solemn meeting could go only two: Svetlov and me. Everyone has a holiday, joy. I did not know what Svetlov thought at that moment. Perhaps he remembered that the entire printed word was very important during the war? What we did not sit in warm apartments and also went into battle? What more than once could have died under shells and mines, that every line and photo was not sucked from the finger, but extracted without thinking about death? That on that day everyone was entitled to recall his personal participation in the cause of victory? And Svetlov said something that was absolutely not in his character: 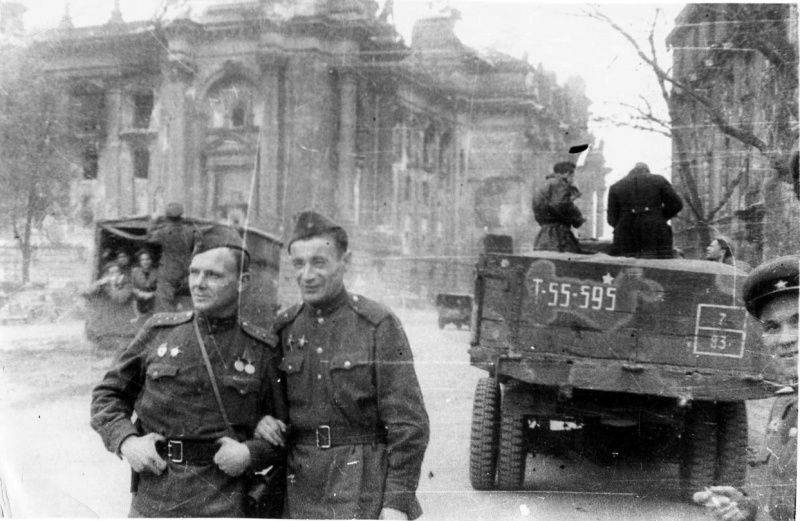 Ctrl Enter
Noticed oshЫbku Highlight text and press. Ctrl + Enter
We are
The poet of the village. Sergey Alexandrovich Yesenin"Outbreak of rage": since the invasion of Grenada, the Americans, for the first time after the Vietnam War, felt like a "world gendarme"
5 comments
Information
Dear reader, to leave comments on the publication, you must to register.