Survivors of the meat grinder


“Before the collapse of the USSR, we were a leading defense enterprise,” recalled Vladimir Sarapov, a gunsmith with more than 40-year experience, a veteran of the Altai instrument-making factory Rotor. - In 90, due to the lack of defense orders, the workshops were closed, the heating was turned off, the workers were dismissed. With 2000, the enterprise has begun to revive, overgrow with new connections. ”

The assessment of the veteran is confirmed by official sources. The meeting of Altai Territory Governor Alexander Karlin with Oleg Bochkarev, Deputy Chairman of the Board of the Military-Industrial Commission, which took place last summer, said that in the first half of 2015, regional defense companies demonstrated an enviable development trend - 110 percent on the industrial production index. 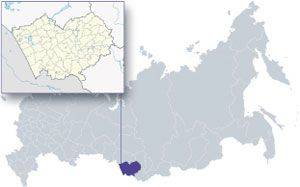 The Altai Instrument-Making Plant “Rotor” was listed as a leading defense enterprise of the USSR since 1962, as a direct participant in the production of ballistic and then cruise missiles. In 1977, the enterprise carried out the first production of Medveditsa-RTM navigation systems, which equipped the second-generation multipurpose submarines. "Rotor" was the lead performer on this topic. The year 1981 is commemorated by the launch of the release of the Salyut system, which equipped strategic submarines and the heavy nuclear missile cruisers Admiral Ushakov, Admiral Lazarev, Admiral Nakhimov, Peter the Great ... Regarding the mass production of gyroscopic instruments and navigation systems for the needs of the Soviet Navy, the rotors were deservedly considered the first in the Soviet Union. But in 90, the company experienced a severe crisis caused by resetting the state defense order. A unique enterprise, in order to survive, switched to the production of meat grinders.

“We have been provided with defense orders up to 2018 of the year,” said Irina Tsomaeva, deputy general director for economics of JSC “Rotor”, for economics. - In the year we master from 10 to 12 new developments of the Central Research Institute Elektropribor from St. Petersburg and other domestic research institutes. The enterprise has an import substitution program - the production of components previously produced in Ukraine has been adjusted. ”

A veteran of the Rotor, Vladimir Sarapov, who arrived at the plant in 1973 after graduating from the Leningrad Electrotechnical Institute, worked in the design bureau, and the head of the workshop, and now head of the production and dispatch department, convincingly proves that the company is on the rise: m military orders accounted for only 2000 percent. Now rose to 25 percent. To prepare the workers needed by the plant, they created their own training center. The salary of 87 – 28 thousand rubles that have just completed it. Unique specialists, professionals with experience earn from 30 to 60 thousands. ” 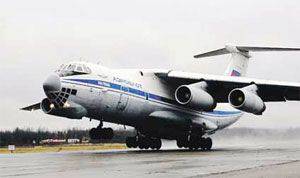 In the line of tires produced in Altai for
military and civil aviation about
40 models. Photo: airliners.net 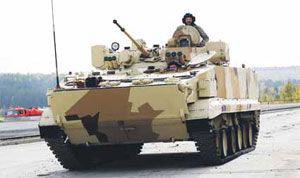 BRM-3K "Rys" developed in Rubtsovsk
based on the BMP-3. Photo: google.com 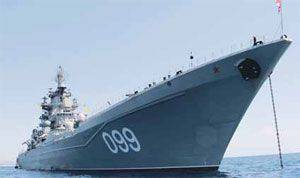 Maintenance and interhope
repair navigation systems heavy
nuclear missile cruiser
"Peter the Great" performed
at the factory "Rotor". Photo: topwar.ru
Altai Tire Plant, a company with half a century historyToday, it is one of the largest in its industry; it is developing particularly dynamically in the new century. In 2006 for the first time won a tender for the supply of aviation and automobile tires to the Ministry of Defense. In the line of "shoes" for military and civilian flight technology - about 40 models.

In 2013, the equipment of the aircraft tire shop started to be installed on the AShK at the AShK. Why have unique equipment been sold to distant lands? The history is as simple as a market in the conditions of which our “defense industry” has to work. YASHZ-Avia, which is part of a large tire holding, was initially singled out as an independent production. However, it was not possible to survive in a narrow niche - the court declared the company bankrupt. The plant equipment went under the hammer and was eventually taken to the Altai Tire Plant. Probably, here the production conditions turned out to be more suitable. In 2015, the production of tires at the APS was increasing, not only for aviation, but also for ground military equipment. As the military representative Vadim Baskirev said, last year the company fully fulfilled the state defense order. Currently, production is being modernized, production continues to grow.

Barnaultransmash counts its history from the Great Patriotic War, when from Stalingrad, literally under enemy fire, equipment of giant enterprises was removed from the destination Barnaul. Until the end of the war, Transmash produced ten thousand engines for the thirty-fours, which amounted to a quarter of all tank motors manufactured in a hard time by Soviet factories.

Today, production volumes are not the same. And the crisis is experiencing strength. The plant does not hide the fact that in order to fulfill defense orders it was necessary to optimize production facilities. Barnaultransmash freed 16 500 square meters of space, reduced the consumption of heat and electricity. All this allowed the plant to compensate for the increased costs of basic materials for the production of engines - aluminum and copper, as well as to keep prices for finished products, to save jobs and income levels of employees. Over 2013 – 2014, the company increased its output by 50 million rubles. In 2015, another 150 million. The main products of the plant are marine and industrial diesel engines.

By the way, the transmash motors mounted on the tractors took part in the parade dedicated to the 70 anniversary of the Great Victory.

Barnaul Cartridge Factory dates back to the middle of the XIX century. The enterprise founded during the reign of Alexander II in St. Petersburg became one of the first ammunition manufacturing facilities in Russia. In World War I, the entire Russian army was supplied with its products. In Civil, when the threat of occupation of Petrograd arose, the plant was evacuated to Podolsk. With the beginning of the Great Patriotic production moved to Barnaul. Cartridge factories from Moscow and Lugansk also went there. In fact, a new enterprise organized the release of all the necessary for small weapons cartridges. 24 is considered to be 1941 on November 7,62, when the first batch of ammunition produced in Altai land was sent to the front as a birthday party at JSC BPZ. Throughout the war, the Barnaul plant supplied the front with cartridges of 12,7, 14,5 and XNUMX calibers of a millimeter (with an armor-piercing incendiary bullet), as well as a TT pistol. Every second cartridge made in the years of the Great Patriotic War was Altai.

During the 70 years that have passed since Victory Day, the plant, driven at different times, like any enterprise, by the need for development and survival, in addition to military products, mastered the production of "peaceful" products - hunting cartridges.

In 2013, with the support of the regional administration, BPZ began to implement the investment project "Re-equipment and modernization of tool production." In 2014, three new types of cartridges were mastered and introduced, two of which, according to knowledgeable people, have no analogues. Work continued on technical re-equipment and modernization, the number of employees increased. Only recently, more than 25 new types of equipment have been purchased, installed and included in the production process.

In 2015, the development of the design and the delivery of the 7,62-mm rifle sniper cartridge with the BS armor-piercing bullet to the production received the Altai Territory Award in science and technology in the R & D category, which ended with the use of new technologies, equipment, instruments, equipment, materials and substances as well as the practical implementation of inventions, solutions in the field of management and finance ".

The club of BPZ dealers includes not only Russian companies, but also firms from the near and far abroad.

The Rubtsovsk branch - NPK Uralvagonzavod was created as an enterprise for the production of tracked vehicles. The design task was approved on the eve of 1960 by the department of capital construction of the regional economic council. In 1967, the Rubtsovsk Machine-Building Plant began to develop parts and assemblies for the BMP-1. In 1973, the first commander combat reconnaissance vehicles (BRM-1K) were manufactured at the Kurganmashzavod. In 1980, the serial production of the command and control vehicle, the BMP-1KSH, has begun. For the creation of the third generation commander BRM, the work on which was completed in 1993, the team was awarded the Prize of the Government of the Russian Federation. The plant managed to keep this specialization; moreover, foreign orders for parts and components necessary for the modernization of the BMP-2000 had already appeared in 1's.

27 August 2007 was signed by the presidential decree on the establishment of the Uralvagonzavod research and production corporation, which included Rubtsovsk Machine-Building Plant OJSC among other enterprises. Today, a BRY-3K “Lynx” commander combat vehicle is produced here, designed to carry out troop reconnaissance at any time of the year and day in conditions of limited visibility. The industrial potential of the enterprise, focus on the production of special-purpose tracked vehicles, are preserved, as is the research base, the staff of one of the largest enterprises of Rubtsovsk.

A brief summary of the situation in the industry at the request of the correspondent of "MIC" summed up the regional administration. She is satisfied with the work of Altai defense orders and is looking to strengthen positive trends in 2016.

Ctrl Enter
Noticed oshЫbku Highlight text and press. Ctrl + Enter
We are
New plants and workshops in Russia in 2015 yearKomsomolsk-on-Amur Aircraft Production Association
26 comments
Information
Dear reader, to leave comments on the publication, you must to register.