January 29 2016
110
In the Netherlands, the idea was born of how to handle the situation with the migration crisis that swept the European Union. The author of the idea was the head of the parliamentary faction "Labor Party" Diederik Maarten Sams. Today this party is ruling in the Netherlands, which holds the EU presidency for the next six months. In an interview De Volkskrant Diderik Samsom said that refugees who arrived in Europe "need to be put on ferries and sent back." 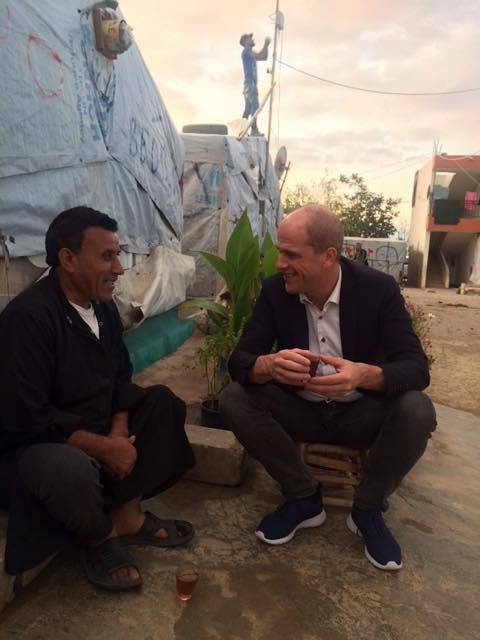 The plan of Samsom states that the first ferries with refugees "should depart from the ports of the EU countries" already in March of this year. At the same time, the Dutch politician claims that Turkey is ready to accept these ferries. According to the Dutch parliamentarian, official Ankara even allegedly agreed with such a proposal, given that no more than 250 thousands of refugees per year will settle in the European Union.

The Dutch politician himself is confident that his proposal will be supported by other EU members, who more than others feel the influx of migrants. At the same time, Diderik Samsom says nothing about what methods and means Europeans will drive Middle Eastern and African refugees on the ferries, and where is the guarantee that the majority of those sent “to their homeland” will not come back - to visit Samsom and other European politicians who support such initiative?

It should be recalled that over the past two years, about 1,2 million refugees from Syria, Iran, Libya, Pakistan, Somalia, Yemen have entered Germany alone. Afghanistan and other countries. In this regard, a mathematical problem: How many ferries, policemen and millions of euros will Frau Merkel and Mr. Samsom need to bring all these people to Turkey?