January 29 2016
40
A unit of Turkish troops in the province of Gaziantep came under fire from the Syrian territory controlled by the Islamic State; in response, fire was fired from tanks and artillery, transmits RIA News message dha agency. 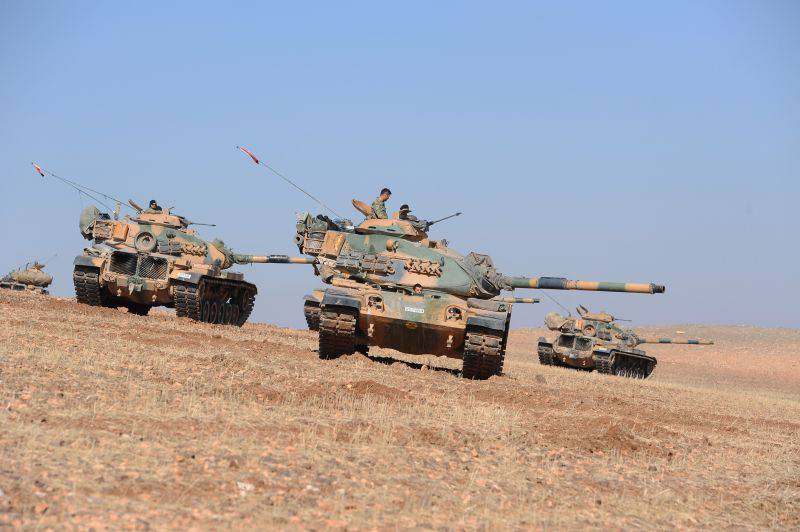 "The fire on the positions DAISH (IG) was carried out in the area of ​​the Syrian border town of Dzharablus", - the report says.

According to the agency, “the Turkish military that came under fire engaged in demining the border area, there are no injuries among them”. However, "the city hall and several houses in the city of Karkamysh of Gaziantep province were damaged, their residents were evacuated."

It is reported that the shootout lasted about 30 minutes.

Last week, a shell fired from Syrian territory hit a school located in the Turkish border town of Kilis. As a result, an employee of the school received a fatal injury.

Ctrl Enter
Noticed oshЫbku Highlight text and press. Ctrl + Enter
We are
Reports from the militia of New Russia for 13-14 September 2014 of the yearRussia will show NATO deadly weapons
40 comments
Information
Dear reader, to leave comments on the publication, you must to register.