Pilot from Penza and the Balkan war

February 4 2016
15
Ile has poisoned your brain unhappy
The coming wars are a terrible sight:

What kind of person is not pleased when someone speaks about his native land, as a place that has given his country great poets, writers, scholars, historians, military men — in short, the people who left stories significant footprint? So my dear Penza and the Penza region were noted here with a whole bunch of names. After all, although M.Yu. Lermontov was born in Moscow, but he spent all his childhood on the estate in Tarkhany, then Belinsky right there, Saltykov-Shchedrin worked for us (and Foolov, they say, sketched from Penza - ha-ha!) Klyuchevskoy, Meyerhold's house-museum - they stand almost half a kilometer from each other, and these are only those people who immediately come to mind, and even local historians would write much more. 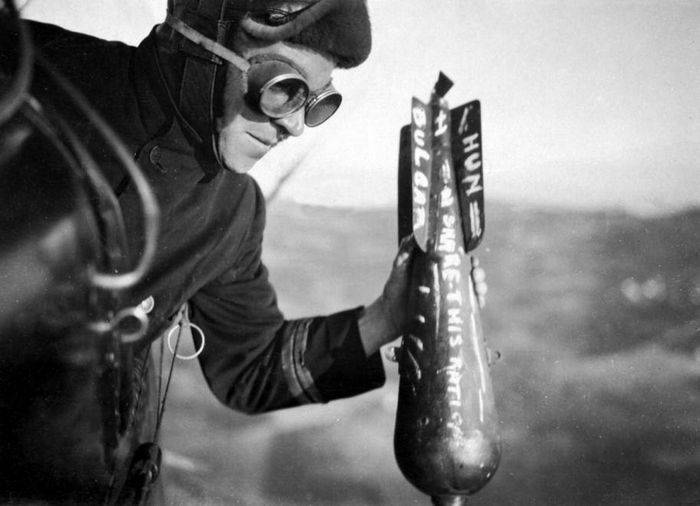 And so it was bombed during the Balkan Wars - both the first and the second! True, this is a photo of 1914 of the year, but in two years nothing has changed!

Well, and since we are in military academy, this is a matter of a man of military biography, interesting for us that this Penzens took part as an aviator in the First Balkan War, that is, he fought abroad before the First World War!

It will be about Peter Vladimirovich Yevsyukov, 1890, who was born, and his family was - truly surprisingly - the Moscow metropolitan, and then of All Russia, Joasaph Skripitsin (1539 - 1542), who baptized Ivan the Terrible himself! The father of the future pilot was Vladimir Ivanovich Penza district doctor, who ... really wanted to build an aircraft at home! The son Boris (the elder) and the younger Peter helped him in this and often jumped from the barn to try out the wings he had made.

After his death, his wife in 1908 sold the house, estate in the province in Penza, and together with her sister and five sons she left for St. Petersburg. There, Pyotr Vladimirovich went to study at the Mining Institute, but he did not stop dreaming about the sky and in 1911, he entered the flight school of the First Russian Aeronautical Association. His instructor was Lieutenant E.V. Rudnev.

Having completed the training, P.V. Evsyukov received a pilot diploma number XXUMX, that is, he became one of the first Russian pilots. And just then the First Balkan War began and ... how not to help Bulgarians bratushkas, the pilots decided and went to war as part of the volunteer Russian aviation squad, which was organized by the director of their own flying school, S.S. Schetinin. The detachment fought in Bulgaria from 22 to 1912 for the year and was engaged in conducting air reconnaissance, communicating between units of the Bulgarian army, photographing the positions of the Turkish troops, and even dropped the first bombs on them! True, living conditions are not pleased. Aviators had to sleep in boxes from under their vehicles.

The combat work was tense, no worse than our pilots now in Syria, especially considering what "shelves" they flew. For example, October 27 Evsyukov flew three times, maintaining communication between the two Bulgarian armies, and during the last time the Turks managed to bombard his airplane with shrapnel. Apparently they guessed to put the guns at an angle upwards, but, fortunately, they did not hit. The command of the Bulgarian army sent a telegram to Russia, where it was reported that in two hours and twenty minutes Evsyukov flew 200 kilometers, and part of this distance he flew over the territory of the enemy!

As a result, the Bulgarians awarded the entire Shchetinin squad with the Order of Military Merit of the 6 class, and the head of the squad and two pilots, one of which was Evsyukov, also received the same order, but already 5 with swords , and to Shchetinin with a crown and swords!

Evsyukov tried to construct airplanes himself, he met with Sikorsky, Gakkel, but he never created his own aircraft. But in the summer of 1914, he became a member of two rescue expeditions: Sedov and Rusanov. For this purpose, he upgraded the airplane "Farman", that is, most likely, put it on the floats. But then the First World War began, which Yevsyukov found out already in Murmansk and immediately returned to St. Petersburg to go to the front as a volunteer pilot. However, he did not have to make war. 31 August 1914 of the year during tests of the seaplane M-2 designed by Grigorovich, he died. Backlog on the wing bend over the water and crashed.

Well, now it makes sense to go back to the events of the Balkan War, in which the Penza pilot participated and see what he was there or could be a witness to, and how it enriched the then military art in relation to the region aviation. 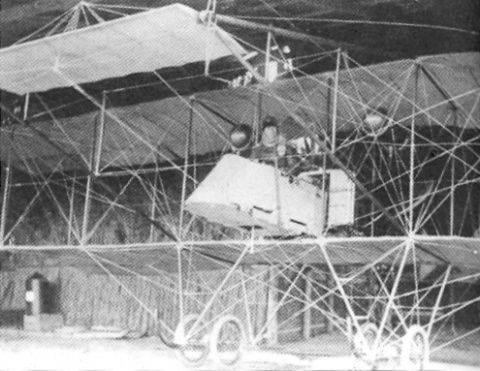 First of all - mercenaries. They were the first to be involved in this war in such numbers, although there were also enough volunteers in it. Interestingly, the backbone of the Bulgarian Air Force was then only three pilots, who had only one plane! But soon three Albatros came to Germany from Germany, and then the pilots appeared. And there was an interesting picture: Germany supplied the planes to Bulgaria, but for some reason the Germans were traveling to Turkey for volunteers. Foreign volunteer pilots traveled to Bulgaria each with their own airplane - that’s how, and again went both to Bulgaria and to Turkey.

The Bulgarians formed the 1,2, and the 3-e mixed-wing airborne units, where there were Bulgarians, Russians, French and Italians. At the beginning of the war, they had the entire 21 machine, but by the end their number had increased to 35, both through purchases and trophies. 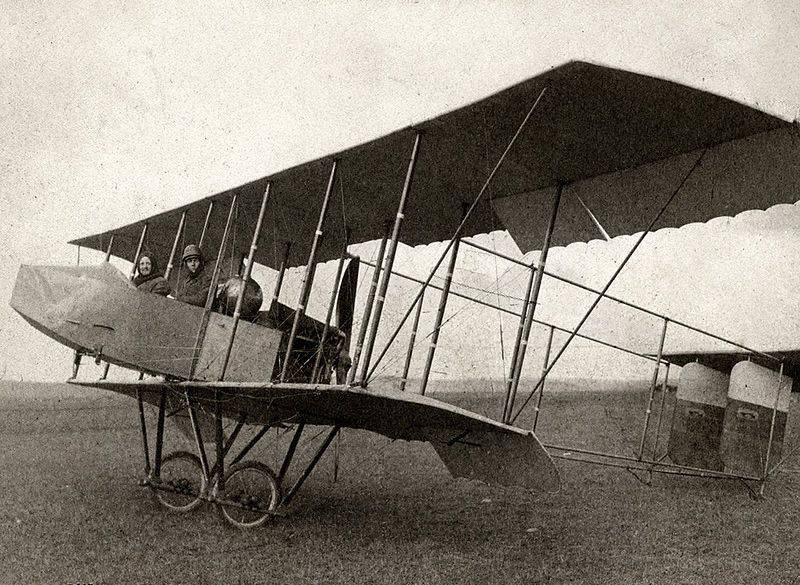 They fought mainly this way: they flew to reconnoiter the enemy’s positions, took photographs of them, delivered orders, and only occasionally threw hand grenades and bombs on the enemy’s heads. In total, the Bulgarians produced 80 air bombs weighing in half a court with a handle at the back, so that, weaving over the side of the airplane, throw them at the heads of the Turks. Moreover, as A. Blok wrote, they were stuffed with dynamite then, which increased their destructive power tenfold. And the Italians used an orange-sized bombs filled with pirates of potassium! Grenades were taken in boxes, and, tearing the check, they were thrown down, often without taking aim. The main thing was to keep the height, so that the grenade exploded immediately after the fall. And it acted purely psychologically very much. With unaccustomed, of course. However, the Turks fired Bulgarian airplanes from rifles. In particular, this is how Russian pilot N. Kostin was shot down under Adrianople, who fell into Turkish captivity before the end of the war.

However, if we talk about personalities, then ... it was not Russian aviators that turned out to be the most, let's say so, “revealing” in this war. Well, they flew, well, they honestly fulfilled their duty. Much more interesting to the public and at that time, and the history of the American pilot Bert Hall is also modern. When the war began, he immediately went to the Balkans, but not to the Bulgarians, but to the Turks. Apparently he thought that the Asiatic airplane would be a wonder, and they would pay him more. So it turned out. The “salary” of the flying mercenary was 100 dollars a day, and he agreed with the Turks that he would fly only for reconnaissance, although he was hinted that it would be nice to throw bombs!

He flew on the French airplane "Bleriot" and had a French mechanic Andre Pierce, and that this circumstance, as it turned out later, saved his life. And it was so that once the Turks detained his salary and the American "do not be a fool" immediately took it and flew with his mechanic to the Bulgarians! And now began to fly for them, and made several very risky flights. So, the Bulgarians asked him to drop the spy behind the front line, and the American refused at first. Like, intelligence is one thing, and espionage is something else! Then the Bulgarians just offered more money and what would you think? American agreed! Principles are principles, and currency is currency! And drove the spy where necessary, and sat on an unprepared site (this is on his own “whatnot”), and then he also took off from it. But here the Bulgarians detained him for a whole month the payment of salaries, and ... our brave American decided to fly back to the Turks. And he betrayed himself with something, because the Bulgarians immediately arrested him for aiding the enemy, tried and sentenced him to death. And they didn’t even let them turn to the American consulate - that's how they got angry with him!

And here he was taken by a French mechanic, and he carried some of the money he received before to one of the officials of the Bulgarian army. So what? The Americans were released just a few hours before the execution. As the saying goes, "everyone is happy about money," the main thing is to know who to give!

Well, this valiant Yankee, having escaped Bulgaria from his adventurous activities, did not leave. With the beginning of the First World War, he enrolled in the French Foreign Legion, where he was noticed and transferred to the pilots. Soon he was already flying the Lafayette squadron planes, shot down several German planes, and at the end of the war turned out to be the second surviving pilot from its original composition!