Pentagon: American aircraft "was intercepted by the Russian Su-27 in an unsafe manner"

January 29 2016
248
The US Department of Defense reported yesterday about the dangerous approach of the Russian fighter to the American reconnaissance aircraft, flying over the Black Sea, reports RIA News. 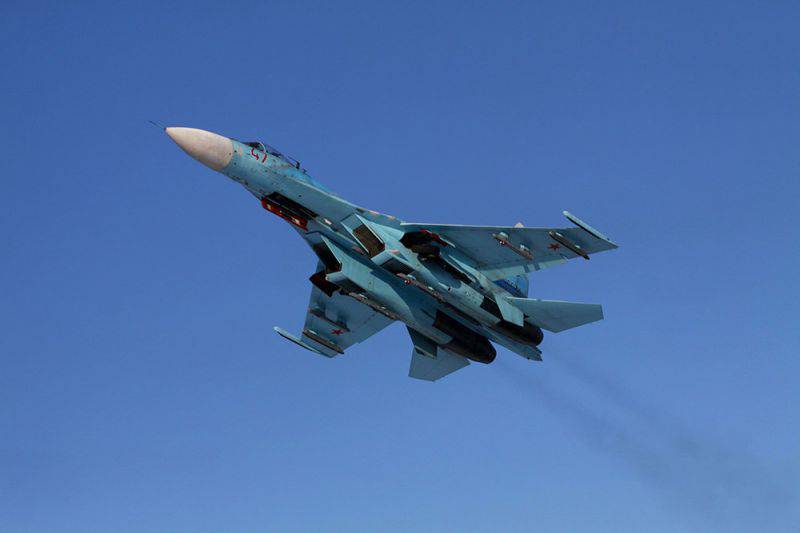 The incident, according to a spokesman for the ministry, Michel Baldans, occurred on Monday 25 in January.

“The US aircraft RC-135U, which made an ordinary flight in the international airspace over the Black Sea, was intercepted by the Russian Su-27 in an unsafe and unprofessional manner. We are studying this incident ",
she said.

“The Russian Su-27 flew near an American electronic intelligence aircraft, and then made a dangerous turn and went away. The distance was so close that as a result of the jolt from the jet fighter jet, the RC-135 lost controllability, ”the Washington Free Beacon said, citing a source.

According to the publication, "the incident occurred in 30 miles from the coast in international airspace and away from any Russian territory."

Recall that earlier the US and Russian military agreed mutual security measures during flights in Syria. At the same time, the Pentagon then noted that these measures concern only the situation in Syria and do not apply to other regions.

Ctrl Enter
Noticed oshЫbku Highlight text and press. Ctrl + Enter
We are
The Washington Free Beacon: China has tested a new ICBM on a railroad carThe Pentagon complains about the "barbaric" interception of the RC-135U reconnaissance aircraft by the Russian Su-27 in the sky over the Baltic
248 comments
Information
Dear reader, to leave comments on the publication, you must to register.