January 29 2016
14
Sergei Shoigu met in Moscow with Syrian Defense Minister Fahed Al-Frej, the parties discussed military cooperation and summed up the interim results of the antiterrorist operation, reports RIA News message of the Ministry of Defense of the Russian Federation. 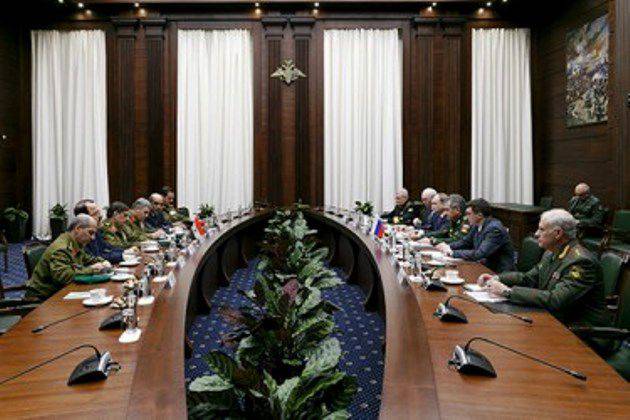 “In Moscow, a meeting took place between the Minister of Defense of the Russian Federation, Army General Sergei Shoigu, and the Minister of Defense of the Syrian Arab Republic, corps General Fahed Jassem Al-Frej. The parties discussed issues of Russian-Syrian military and military-technical cooperation. The results of the operation of the Russian Aerospace Forces in Syria aimed at the destruction of terrorist groups were summed up ", - said in a release.

The sides also “exchanged views on topical security issues in the Middle East,” the report says.

“The meeting was held in a friendly atmosphere and confirmed the mutual intention to further increase all-round cooperation among the defense ministries,” the press service added.

Ctrl Enter
Noticed oshЫbku Highlight text and press. Ctrl + Enter
We are
ARMY-2016. Cluster VCS. Part of 2. Space is space!Results of anti-terrorist work on Dagestan in April 2014
14 comments
Information
Dear reader, to leave comments on the publication, you must to register.