January 29 2016
40
The day after the victory in the parliamentary and presidential elections, the elected President of Taiwan, Tsai Invan, announced that after taking office, one of her first steps would be to create a free trade zone with Japan. Such a move has not only political and cultural significance (in these two areas, the two states are already so closely integrated), but also purely military. Tokyo planned a large-scale rearmament program, which resulted in the formation of substantial surplus ships and armored vehicles that Taipei could acquire. Personal contacts also played a significant role, since Japan supported the victorious Democratic Progressive Party throughout its years in opposition. 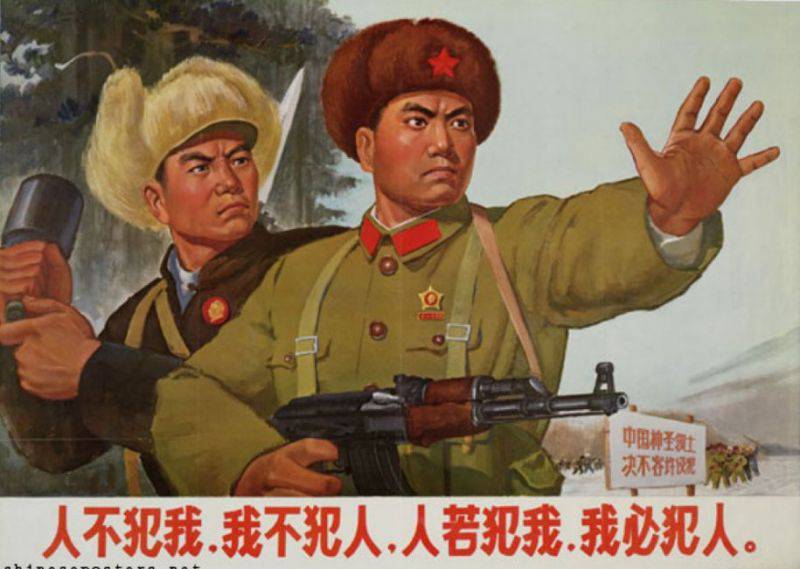 The PRC responded to the past elections with a storm of indignation in the media and large-scale 31 military group exercises in the neighboring Taiwan province of Fujian and the waters adjacent to it. It should be recalled that part of this province is still retained by Taiwan: the large island of Kinmen and the Matsu Archipelago, which are located literally a few kilometers from the continent.

The economy is pushing both sides to confrontation. In Taiwan, the decline continues today. As for the PRC, here, according to financial analysts, in the next two years a complete collapse of the stock market is expected. Preparing for it, investors withdrew more than 2015 trillions of dollars from 1 from the People's Republic of China in the year of China. The collapse of the Shanghai Stock Exchange and the rapid outflow of capital from the Middle Kingdom draw a line under the forty years of the "economic miracle." Then either stagnation or recession.

Along with the end of a long period of economic growth, the political era ends - the era of expansion, although it would be more correct to call it the era of simple territorial seizures. It began from the times of the Civil War and the accession of Tibet and continued further with the absorption of the Paracel Islands, Hong Kong, Macao, the Big Ussuri Island, the border regions of the Central Asian republics of the former USSR and other territories. The next was to be Taiwan, but did not. Now, together with the Taiwanese elections, a barrier has fallen before a further territorial expansion of the PRC. More precisely, the expansion itself, of course, is possible - by military means, which by no means guarantees victory, and at the price of the final collapse of the economy.

If the First World War turned out for Asia only a rapid redistribution of borders, then the Second World War went through it with a destructive hammer, demolishing cities, states and entire regions. Worse, its consequences left everyone dissatisfied, both the losers and the winners. The new format of the conflict, which in the West is called the hybrid war, is undoubtedly now being studied in the headquarters of all the powers of East Asia. Of course, it is applicable far from everywhere. In particular, a full-fledged conflict on the Korean Peninsula or the landing by Beijing of troops on Taiwan will most likely be manifestations of a traditional war. But in other episodes, the possibilities for intervention become much greater. For example, the direct participation of personnel officers in Taiwan in the national liberation movements in the southern provinces of the PRC. If, with the power of the Kuomintang, which spoke, with certain reservations, for a united China, this seemed impossible, then with the advent of the Democratic Progressive Party, the likelihood of such actions only increases.

It is not worth waiting for a significant aggravation of frozen conflicts until the middle of 2017. It is by this date that the new president should finally be established in the United States, that 8 will be elected on November 2016 of the year, and a new foreign policy line will be formulated. The most radical changes are waiting for the Far East when elected President Hillary Clinton, known for her radical views. Actually, it is precisely such an outcome that is eagerly awaited in Tokyo, Seoul, Taipei, Manila and other capitals. The widely publicized “return to the Pacific Ocean” from the Barack Obama administration turned out to be a cheap PR move. Moreover, the US allies began to receive even less military guarantees than they had under Obama's predecessors. This fact worried many regional governments and became one of the reasons for criticizing the president already in the United States.

Nevertheless, the United States will definitely more and more actively intervene in what is happening. 28 January 26 US fighters arrived on the Kadena base on the Japanese island of Okinawa - 14 F-22 and 12 F-16 units. Six days earlier, these F-22s arrived in Japan at Yokota base, in western Tokyo. Now it is more a demonstration step, but the next president of the United States of America will definitely pursue an even more assertive policy.

An important step in the formation of the new Asian alliance was the resolution, back in 2015, of the contradictions between South Korea and Japan over the issue of “women for comfort”. Back in 1965, a basic agreement was concluded between South Korea and Japan, under which Tokyo paid a neighbor 800 million dollars - a huge amount for those times, and Seoul refused to claim for damages for the colonial period. However, in the 2010 of the year, on the wave of nationalism fomenting in Korea, there were demands to demand more money from the Japanese in favor of specific victims, which caused bewilderment and indignation in Tokyo, saying that everything was paid for a long time. The Americans were forced to intervene in the dispute and the conflict was decided by a compromise. Japan once again made a formal apology and allocated 8,3 a million dollars to the fund for helping "women for comfort", and the head of the Ministry of Foreign Affairs of the Republic of Korea Yoon Bye Xie announced a "final and irrevocable" settlement of the issue. Another slippery question about the islands of Liancourt (Tokdo), rejected by Seoul during the time of Lee Seung Man, the two sides decided to push the table so far. Not the last role in the sudden reconciliation of opponents played and the DPRK, the war with which both in Seoul and in Tokyo is increasingly perceived as almost inevitable.

As for Russia, in Asia it can play only in three possible roles: hegemon, authoritative neutral and dependent country. The Russian Empire tried to be the hegemon before the 1905 of the year, then the USSR in the 1945-1991. Since 1991, the Russian Federation exists in the Asia-Pacific region in two dimensions at once, being between the status of an authoritative neutral and a dependent country at the same time, and with a large constant drift from the first to the second.

In favor of her status as an authoritative neutral state speak past achievements, size, nuclear weaponrelatively modern air force, though outdated, but still inspiring respect for the Pacific Fleet. It is also important that Russia is the only large ethnically white country in the region. Moscow can be an intermediary in making peace between the warring countries and, say, without Russia it is impossible to imagine negotiations on the DPRK, although our country and North Korea are connected by a single bridge.

Russia, strong or weak, will in any case influence the regional balance of power. Even involuntary or forced actions of Moscow can change the overall balance. And these actions will inevitably follow for a number of objective reasons. Including quite radical. So, if, until recently, Russia has built a special relationship exclusively with China, then the economic downturn will force them to look for other regional partners - including to the detriment of Beijing. In the end, in politics there are no eternal friends and eternal enemies, but there are eternal interests. Anyway, 2016 year in the Asia-Pacific region will be rich in all sorts of military-political events.

Ctrl Enter
Noticed oshЫbku Highlight text and press. Ctrl + Enter
We are
Kinmen: an outpost of Taiwan off the coast of the PRCThe Quiet Coup of the Republic of China
40 comments
Information
Dear reader, to leave comments on the publication, you must to register.