January 29 2016
37
The coordinated propaganda attack of Great Britain and Washington on Russian President Vladimir Putin with accusations of London of involvement in the killing of MI-6 agent Litvinenko with polonium, and the US Treasury in corruption, is impressive. Not for its theatrical cynicism, for politics it is not a revelation, and not for global rudeness at the highest level, this is not the first time, but more than anything but stupidity. They will not be surprised by their fans, they will not find new allies, and their opponents will only be convinced that leaders with such deceitful languages ​​are capable of any meanness and vileness, even unleashing a world war. 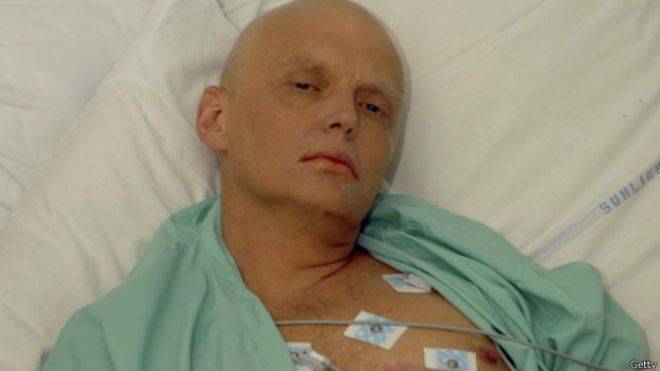 After all, stupidity always goes along with irresponsibility, it gives rise to it: stupidity does not see imminent danger and comes across ... Such irresponsible and offensive accusations, given that they sound at the government level, can be regarded as preparing the Anglo-Saxon liars for a military attack on Russia.

If these statesmen are so confident in their accusations, there is evidence that they must go to court, for example, the International Court of Justice at the UN. But they do not even think about it, apparently, they know their own worth. Such labels are also attached before a military attack, that is, they create a propaganda background for aggression against Russia.

For example, Hitler put similar labels on his future victims, especially singling out Soviet Russia and Stalin personally among them. And the “Western democracies” just today distinguish Russia and President Putin, so we have every reason to call them “democracies” of a Hitler type. Hitler, we recall, democratically, in a Western way, came to power. And today, the United States "democratically", through a coup d'état, brought the Bandera neo-Nazis to power in Ukraine, and put them up "young democracy" before "authoritarian Russia".

The degree of irresponsibility is striking, of course, because with these insults Washington and London give rise to a preemptive strike by Russia on the identified aggressor, the very “instant global and disarming”, about which Western strategists occasionally talk about Russia.

Somewhat justifies our English-speaking foes, that a lie in politics is their usual state, they lie more out of habit, as the lord lies to his servants, and considers this to be normal, ostensibly out of love for them: in the end, to explain is long and still will not understand. “Developed democracies” are gentlemen, and they consider it possible for all underdeveloped to lie as much as they like. For the sake of global progress, the highest goals of a liberal civilization, this is a holy progressive progressive lie, so to speak. Or the so-called "lie to salvation."

Therefore, their loud accusations and insults to Russia, and personally to Vladimir Putin, may not mean the preparation of a perfidious military attack. But the risk of war increases many times: what if the nerves of the military on the ground will not survive? Or will a fatal, or deliberately provoked, computer failure occur? How does the military interpret it in a situation of propaganda aggression? Like a military attack!

Therefore, it is very dangerous that slander anyone appointed by the United States for its threat, adversary and enemy, has become the “democratic” Western norm, is welcomed and encouraged. Maria Zakharova, at some diplomatic reception in a fit of sincerity, said it in her eyes: we don’t like your policy, so we’ll misrepresent her, the picture and comment in the media is more important than the truth. However, this is just a repetition of the wisdom of American journalism: the lie repeated 1000 times becomes true.

This is the notorious American freedom of speech: freedom to defame anyone, arbitrarily, and the world's media spread this lie a thousand times. Hence the hate of the liberal press to the Russia Today media, destroying its propaganda monopoly. And she declares an information war to the “Russian propaganda” in the face of one of the world media ...

These are all methods of Hitler's propaganda. All the accusations of the US State Department, including the recent insults of Russia and Putin, in fact, its repetitions.

Similarly, the fighters against fascism, including the partisans in the occupied territories, were declared by the Nazis terrorists and gangsters, and just as today, the Bandera neo-Nazis declared all dissenters in Ukraine terrorists and their accomplices. The patron of Bandera’s State Department is silent about this, which means it approves (and sends) its assistants.

His sons of bitches, like the Latin American Pinochet, or the Bandera Nazis, the American fighters for human rights are always designated models of democracy and freedom. Here, the Kiev regime - all in war crimes, massacres, shells the city with artillery, all in the same corruption that Vice President Joe Biden recently admitted (President-oligarch Poroshenko increased his fortune 7 times, and Prime Minister Yatsenyuk became a dollar in a year billionaire) - and no conclusions on the merits. This is only a disease of growing pro-American democracy.

What is interesting ... Everywhere, where the builders of pro-American democracy appear, there is an explosion of corruption. Today, literally before our eyes, not only in “European Ukraine”, but for some reason, especially in Moldova. But everything is simple: a pro-European democracy has been built there for a long time - a pro-American government. However, this is a pattern: the State Department is corrupting local politicians to keep them "on the hook", and they get to the taste, under the guise of the State Department because they steal ...

The five billion dollars spent by the US State Department on the “development of democracy in Ukraine”, which Victoria Nuland said foolishly, is in fact a direct bribe, corruption at the level of the US state policy. That is, figures from the United States are screaming about fighting corruption as a thief, on which the hat is burning, by this they seem to remove suspicion of their own corruption, because they are allegedly fighting it ... Again, a lie, and nothing but lies ...

On the other hand, this propaganda "nonsense and nonsense," according to the head of the Presidential Administration of Russia, Sergei Ivanov, speak of panic in Washington and his London colony. Anti-Russian sanctions did not work, Russia retained its economic stability, including due to the reorientation of oil exports to China, according to German experts. At the same time, the sanctions have increased the global economic downturn, and the financial markets are still further away from the real material economy - this is the opinion of Chinese experts. Russia, on the other hand, is strengthening and continuing to re-import-replace, and is consolidating thanks to Western sanctions.

Ukrainian problems are becoming vanishingly small for Washington, so Joe Biden backs up and throws in the idea of ​​the United States of Ukraine before the Bandera parliamentary elite. The dollar world on the eve of a grandiose international whizher has already collapsed on world markets, and this is much more important for the US than the Bandera Krajina.

We note that Washington is undertaking a coordinated attack with London on Russia and President Putin on the eve of the Munich Security Conference. This is a kind of propaganda containment of Russia, since the sanctions failed.

I wonder how Prime Minister Dmitry Medvedev will respond to him, who will play the role of the “second Putin” in Munich? It seems that Sergei Lavrov has already said about the essence of his speech: “Russia demands strict compliance with Minsk, and“ there will be no more business with the West ”. What was before ...

Ctrl Enter
Noticed oshЫbku Highlight text and press. Ctrl + Enter
We are
Litvinenko case: who and how is looking for the truthLitvinenko: polonium trail leads to the Kremlin, but in a bizarre way
37 comments
Information
Dear reader, to leave comments on the publication, you must to register.