January 28 2016
90
Turkish company Otokar, which previously presented a prototype of the main tank 3rd generation Altay, said it had submitted an application to the government for mass production of these machines, reports Look with reference to the resource Defense New. 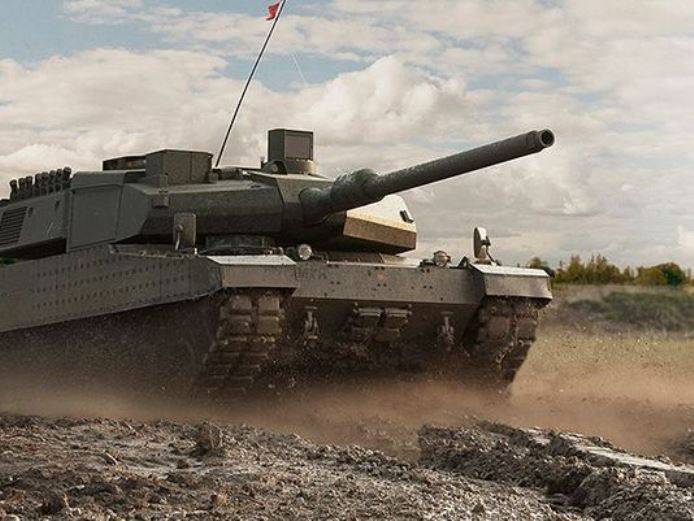 "Turkish officials say that a number of allied countries have shown interest in new Turkish tanks, including Pakistan, Saudi Arabia and some other countries of the Persian Gulf," the newspaper notes.

According to the resource, “when developing the vehicle, the experience of creating the South Korean tank K-2“ Black Panther ”was used”. Experts say that the Turks turned out to be a simplified version of the Korean tank, for example, the loading remained manual.

The car is named in honor of the Turkish general Fakhrettin Altai (1880-1974), who fought in the 20-ies of the last century for the independence of Turkey.

Ctrl Enter
Noticed oshЫbku Highlight text and press. Ctrl + Enter
We are
Everything is at home: Turkey is committed to an independent military industryWorld market and production of armored vehicles (part 3 of 3)
90 comments
Information
Dear reader, to leave comments on the publication, you must to register.