Summary of the situation in Donetsk

January 28 2016
32
Voenkor "Mag" has published a brief summary of the situation in Donetsk:

“Wednesday 27 January. After the terrorist attack in the center of Donetsk in 4 in the morning at the monument to Lenin, it was quiet until noon. Unless of course not considered, the work of anti-aircraft defense Militia. In 15: 20, all of Donetsk and Makeevka shook from a powerful explosion. Again, they tried to tell us here that this PVOshniki had knocked something over Donetsk, later it became clear that this statement was erroneous.

As local residents showed, the explosion was north of Donetsk, in the territories controlled by the Armed Forces of Ukraine, in the warehouses of the agro-industrial enterprise LLC Miko-Food, which was engaged in growing mushrooms before the civil war, but now there are warehouses of the shells of the Armed Forces of Ukraine. Here is this warehouse and blew up.

Yesterday, two APU warehouses, in 08: 00 in the morning and in 16: 00, flew north and north-west of Gorlovka. The glow from the fires and explosions "bk" was visible all day.

Nevertheless, despite the loss of 4 warehouses, the Armed Forces of Ukraine on Wednesday evening, on schedule, clearly began to shell the positions of the BCH in Donetsk and Gorlovka. Tonight the shelling was short but very powerful. As usual, snipers, machine guns, AGSs began to work. Volvo Center fulfilled two tank and machine guns Spartak worked machine guns and mortars. And practically without a break (usually they take a break of 30 minutes), shelling with 152-mm shells began.

On the map, I indicated the position from which the shelling was carried out. This is the area of ​​artillery positions near the settlement. Novobakhmutovka and Semenovka. Shelling heard the whole city. Naturally, the residents of Donetsk began to call each other and find out the situation. For a long time this was not!

From myself I can say that these calibers were last used in August 2015 of the year. 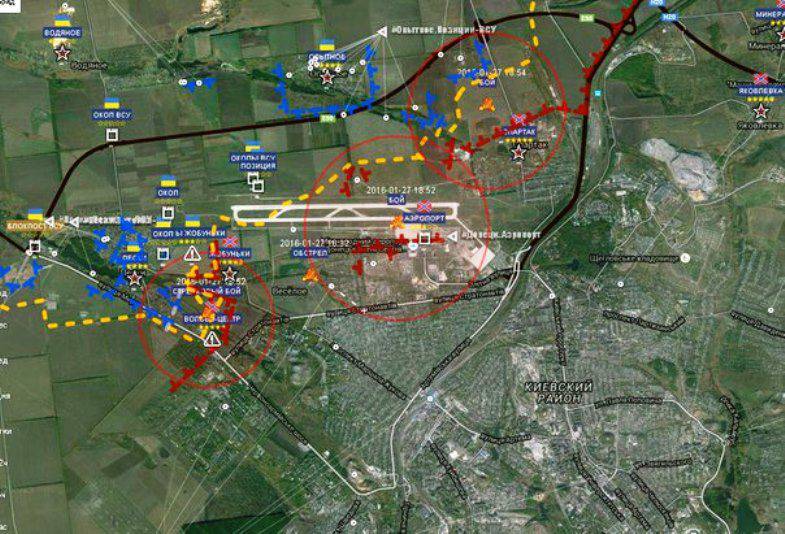 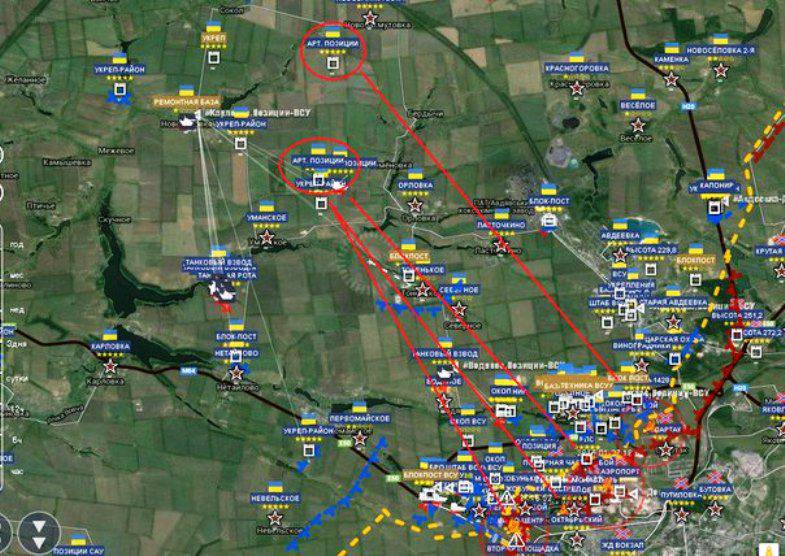